The Montenegrin media scene is polarized, functioning under the burden of attacks on journalists and media property, self-regulatory mechanisms are insufficient, and public space is contaminated with disinformation and more frequent hate speech, hence dialogue and new optimal solutions are needed to improve this situation in the media.

This was assessed at the opening and the first panel during the final conference “Media in Montenegro – how to recover?”, organized by Centre for Civic Education (CCE) with the project “Media for Me“, supported by the Embassy of the Kingdom of the Netherlands, Ministry Foreign Affairs of the Kingdom of Norway and the Balkan Democracy Fund of the German Marshall Fund of the United States (BTD).

Executive Director of the CCE, Daliborka Uljarević, stated that on the adulthood of the murder of Duško Jovanović, Editor-in-chief of Dan, it can be stated that the media scene in Montenegro continues to function under the burden of attacks on journalists and media property, as the majority of such cases remain unsolved in full, pointing out that 21 attacks were recorded in 2021 and five attacks in the first five months of 2022. 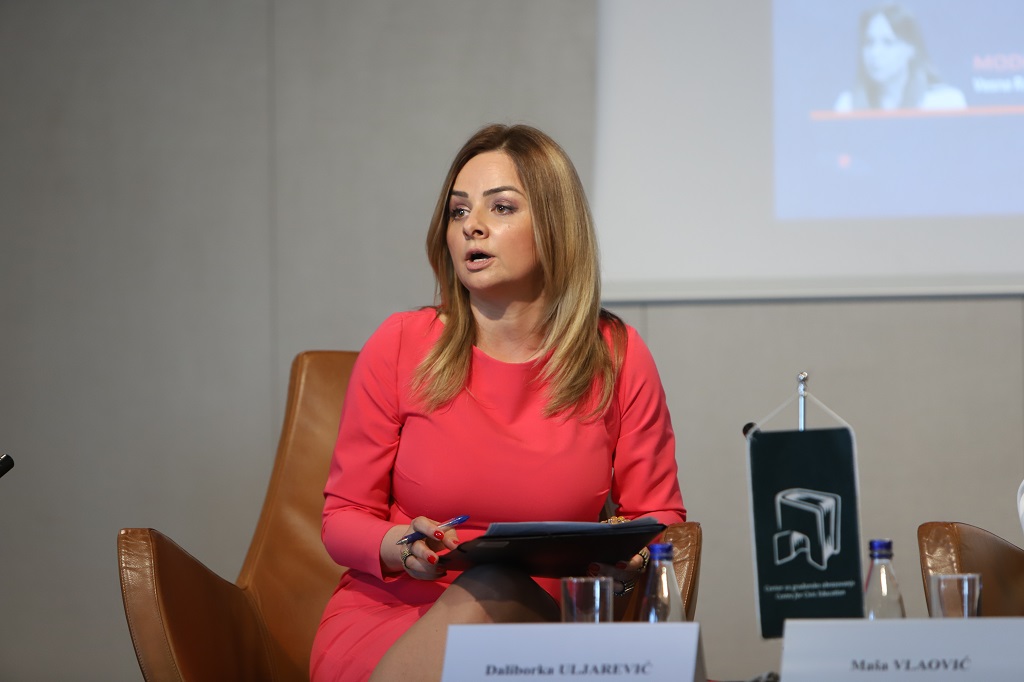 According to her, soft censorship, being characteristic of the Montenegrin media sector for a decade, is complemented by selective decisions in the area of state aid, often questionable legality.

“By allocating state aid to the media in a discretionary and non-transparent manner, the former Government of Zdravko Krivokapić continued the bad practice of the DPS Government. It remains to be seen how the provisions of the Media Law, which refer to the transparency of advertising and other types of public funding of the media, will be applied”, said Uljarević.

She pointed out that RTCG remains one of the neuralgic points in the field of media freedom.

”In the previous period, the controversial appointment of the General Director contributed to that, which endangered also the credibility of the RTCG Council, then the problematic pieces, but also how certain topics were opened on the public service, especially those related to the relativization of Russian aggression against Ukraine”, Uljarević noted.

As she explained, these are just some of the consequences of poorly executed amendments to the Law on RTCG, which did not ensure the independence and plurality of the RTCG Council, and thus continued the trend of political influence on RTCG, only with a change of actors according to the last parliamentary elections.

“To this should be added the unsustainable financial position of RTCG, where the planned personal income during 2021 accounted for 51.72 percent of the total planned expenditures of RTCG, and the costs of production and broadcasting only 24.29 percent. And all that is paid by the taxpayers of Montenegro”, Uljarević underlined.

She also reflected on the mechanisms of self-regulation and regulation that must be improved, as she stated, as well as the need to strengthen media literacy.

“The spread of disinformation and hate speech is noticeable through the influence of some media from Serbia. Public space is contaminated with hate speech on a national or religious basis, usually directed at persons of Montenegrin or Serbian nationality, and often members of minority nations, the LGBT population, with growing misogyny”, Uljarević concluded.

The Minister of Culture and Media, Maša Vlaović, said that the goal is for citizens to be as media literate as possible, but also timely, objectively and accurately informed. Hence, the state, as she explained, has a great obligation to support the media, all for their further strengthening and successful performing of a very complex role in society. 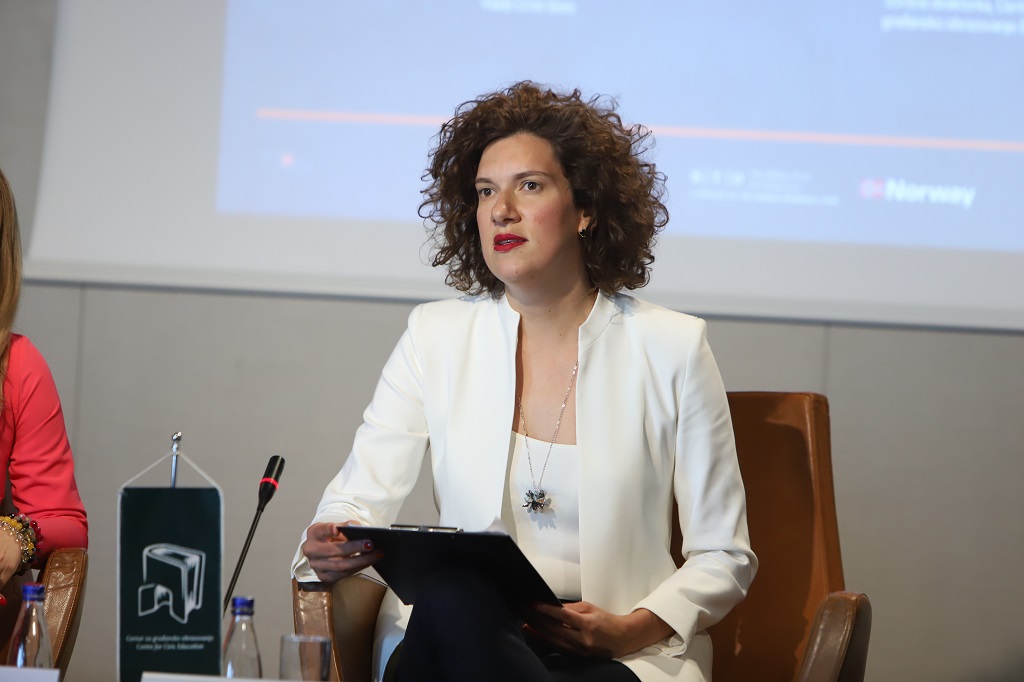 “That is why it is our obligation to encourage media pluralism and thus contribute to the strengthening of democracy and the creation of modern European society. To improve the media market, by taking into account the needs of all entities that participate in it, starting with media owners, journalists, media workers, as well as the public, we must offer new optimal solutions”, said Vlaović.

Therefore, the priority of the Ministry of Culture and Media will be, as she announced, amendments to the Media Law, the Law on National Public Broadcaster RTCG, the Law on Audiovisual Media Services, and to better regulate this area and meet the commitments of Chapter 10 – Information society and media.

“I believe that one of the ways to recover the media is to create an environment where we can contribute to the successful resolution of numerous cases of attacks on journalists, the media and their property. The determination of the Government and strong inter-sectoral cooperation in providing a quick response in clarifying unresolved cases, and amendments to the Criminal Code which will prescribe stricter penalties, will contribute to making media workers feel safer”, Vlaović said.

Believing that supporting strong independent media is the best manner to counter disinformation, the Ministry will soon allocate 312,000 euros in competitions for daily, weekly, local print and online publications, and local public broadcasters.

“Also, assistance was provided to electronic media that broadcast the programme through the transmitters of the Broadcasting Centre with a total of 400,000 euros”, said Vlaović.

According to her, in Montenegro, as almost everywhere in Europe, there are pressures and attempts to put pressure on the independence of the media, but also evident connections of certain media with political parties and other centres of power.

“All this threatens professional, independent, especially investigative journalism. This Government expects that Radio Television of Montenegro permanently produces an independent editorial policy free from any political influence and that this media house will be a public service for all citizens of Montenegro“, said Vlaović.

The editor of Pobjeda, Kaćuša Krsmanović, assessed that the way to recover the media is to respect the standards and the Code of Journalists, but also that there is a serious problem, because, as she explained, the media have not recovered from the war of the 90s.

“Our media are increasingly fleeing to sensationalism, to publishing unverified and inaccurate information. The media is flooded with superficial, incomplete stories and that is something we have to deal with. For many people, the media was  just one stop to a better job. That is what worries me in the context of the future of journalism”, Krsmanović pointed out.

She considers that it is necessary to find a model for financing the media from state funds.

Krsmanović also pointed out that there is political and economic pressure on the media, and that Montenegro is still learning media pluralism.

“What is a very serious problem is that foreign political influence, precisely through ownership in the media. I am worried about that, I am afraid of that”, said Krsmanović. 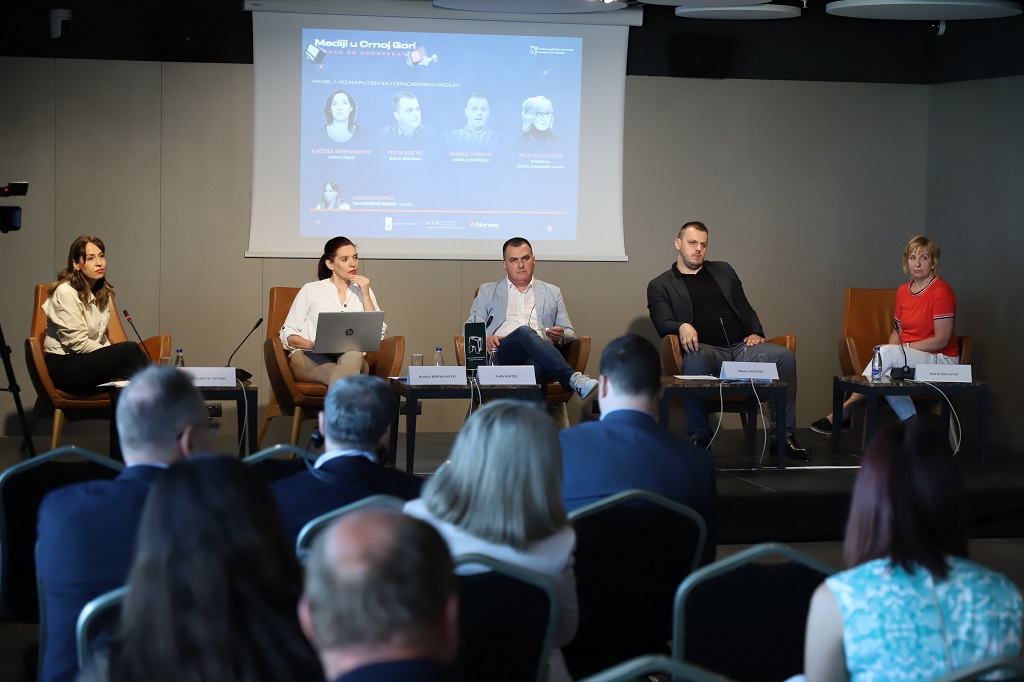 The director of Radio Berane, Tufik Softić, believes that some progress has been made when it comes to media professionalism, but local public services are still in a great crisis and far from recovery.

“I do not generalize the media, but I would like to make a parallel between the content of the media from 10 years ago and what we have in the media today. I claim that some professional media stepped into Europe before Montenegro steps into Europe”,  Softić said.

He highlighted that he did not suffer any political pressure, “except financial”.

The editor of the RTCG.me portal, Marko Vešović, considers that the politicization of the media is less today present than it was before, but that the problem remains.

“It is difficult to talk about the freedom of the media and the freedom of journalists to write and investigate when there is a burden of unresolved attacks on them”, Vešović pointed out.

“Insufficient emphasis is placed on the exchange of experiences with colleagues from abroad, from large media houses”, he said emphasizing the importance of training and professional development of journalists.

Responding to criticism of the work of the public service, he believes, however, that “the Public Service has made a serious step forward, that the other side has finally been involved and a more diverse editorial policy is made”.

The president of the Association of Professional Journalists, Mila Radulović, believes that the only solution is for the media to restore the trust of citizens.

“The message that the state is sending to us is bad. If earlier the problem was with the government that lasted for three decades, that government changed, but I don’t see that anything has changed in the last year and a half, two. The Prosecution did nothing to investigate the attacks on journalists”, Radulović pointed out.

She also underlined the importance of respecting the Journalists’ Code. 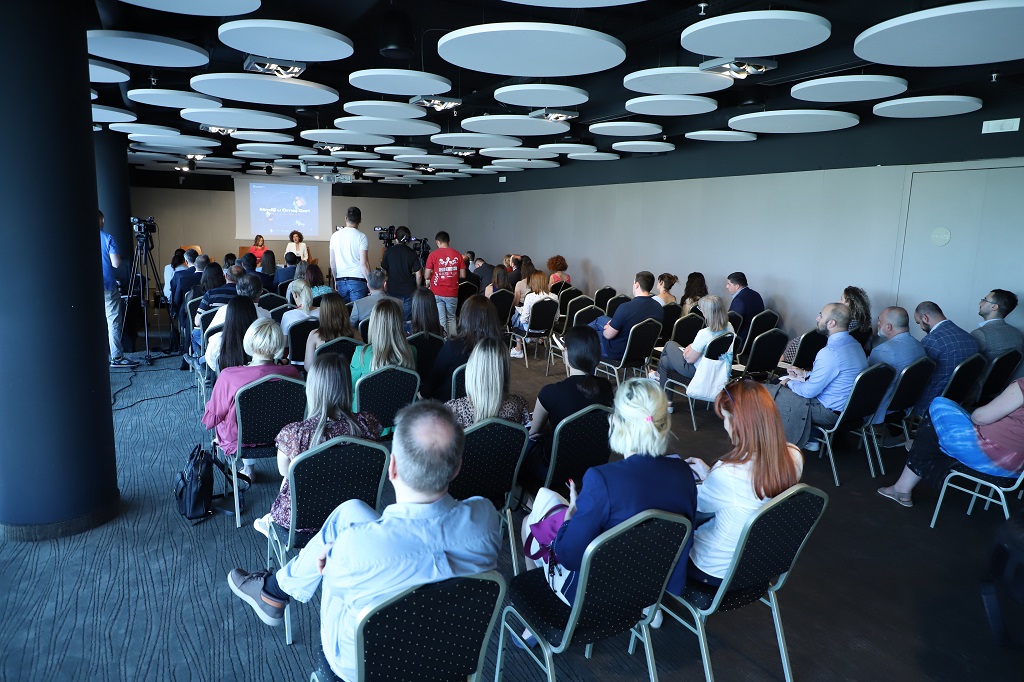 During the discussion, the General Director of RTCG, Boris Raonić, assessed that the impression is gained that the atmosphere in the society is such that very few people want a true public service in Montenegro.

“We have opened up to all sides and balance is a basic precondition. But the Public Service is much more. Television itself produces 25 shows, which have nothing to do with what we are talking about here. We changed the complete organizational scheme, work culture, increased production by 40 percent, started the process of digitalization of work, launched series on environmental activities, and for the first time we started networking with public services from the region“, said Raonić.

He considers that it is not possible to try to present the Public Service based on three scandals created by anonymous or troll right-wing structures.