Today, the focus on empathy and solidarity is especially important, and this is exactly what are strongly reminding us of the photographs by Sandra Vitaljić, Damir Šagolj, Goran Boričić and Igor Čoko presented to the Podgorica audience within the exhibition “ON THE MOVE”, which was officially opened last night at Kuslev House Gallery.

“This exhibition, through the expression of four authors from Bosnia and Herzegovina, Croatia, Serbia and Montenegro, and their 20 photographs, brings a visually striking and inspiring insight into our similarities in the region and attitude towards the value framework, as well as the correlation of these categories with fundamental values on which the European Union stands on. The focus is on the problems around us, which often result in a lack of empathy and solidarity”, said Daliborka Uljarević, Executive Director of Centre for Civic Education (CCE), opening the exhibition. “With this exhibition, we want to point out that the heart of the Europeanization process is precisely values. These democratic values are also woven in the EU we strive for, although there are occasional crises even there… Today is especially important to talk about solidarity as a value, because we are reminded about it through the experience of the pandemic, but also the Russian aggression on Ukraine and the consequences of that aggression that we see on many levels”, Uljarević concluded.

Ana Pejović, Project manager of the organization ForumZFD, gave an overview of the authors and their approaches. “The pursuit of a better life has always been part of the human being. Exactly such an aspiration is reflected in the photographs exhibited in this gallery tonight. Intertwined rails of Boričić, stalls of Čoko, frozen faces in despair with a single question – whether they will cross the EU border of Šagolj, as well as the beginnings of a new life when one reaches a foreign country that again paints a cage in some way of Vitaljić, all indicate that freedom of movement is limited, whereas human and minority rights are endangered at every step”, said Pejović. 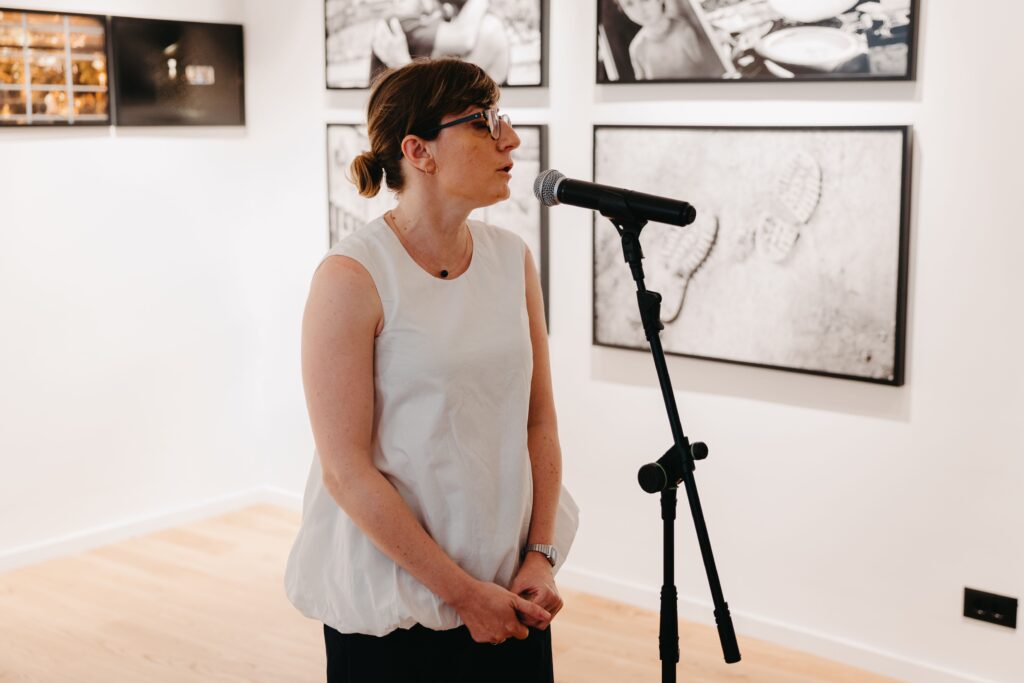 “With this exhibition, we tried to bring the phenomenon of migration in the modern moment and society, but also to awaken empathy, because empathy is not only understanding, but also respect for someone’s feelings… We tried and hopefully managed to draw attention to today’s burning problem – freedom, especially freedom of movement, hence the name of the exhibition “On the Move”. I hope that the exhibition will be successful, at least close to as much as it was in Belgrade, Sarajevo and Šibenik”, was part of the message of the Montenegrin photographer Goran Boričić.

The exhibition will be open until 6 July 2022, every day except Monday, from 12:00 to 20:00, and the host of the exhibition in Podgorica is the Public Institution Museums and Galleries, through which the capital Podgorica contributes to this project, as well as the ideas it promotes. 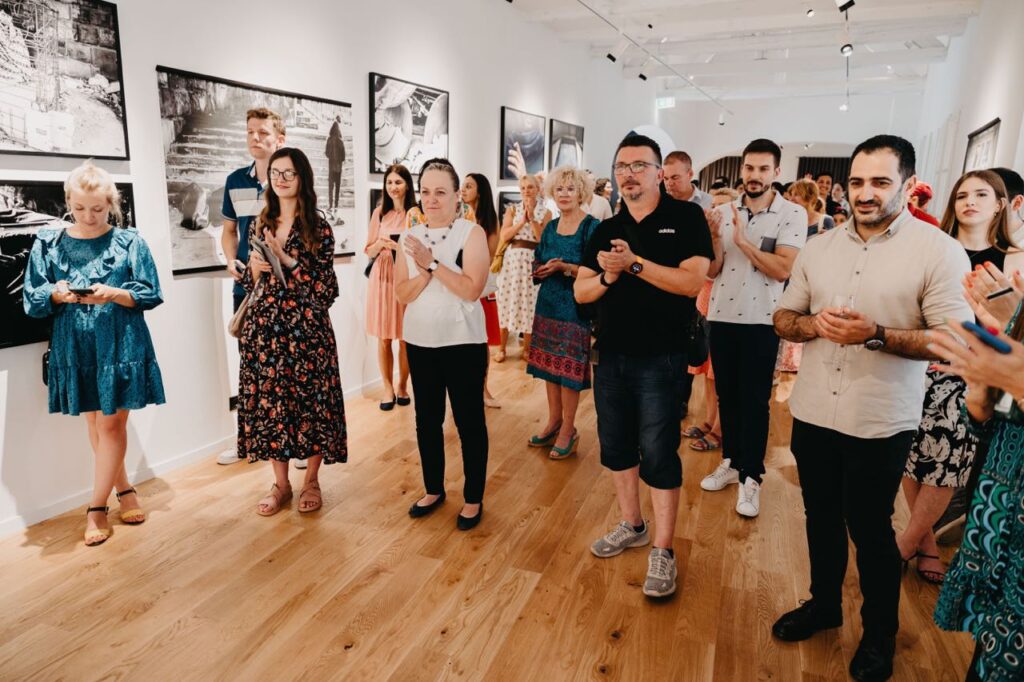 The group exhibition of the team of authors from Croatia, Bosnia and Herzegovina, Serbia and Montenegro is implemented through the European Union programme “Europe for Citizens”, and within the project “Different Paths – Shared Values”. This project is led by the CCE, in partnership with Youth Initiative for Human Rights from Zagreb (YIHR), Association for Modern History from Sarajevo, ForumZFD from Belgrade and Heinrich Böll Foundation Berlin/Belgrade (HBS).