Centre for Civic Education (CCE) hereby expresses strong support for the X Montenegro Pride, which is scheduled for Saturday, 8 October 2022, and at the same time condemns the irresponsible behaviour of the Serbian Orthodox Church (SOC), which announces the organisation of a rally against this Pride. 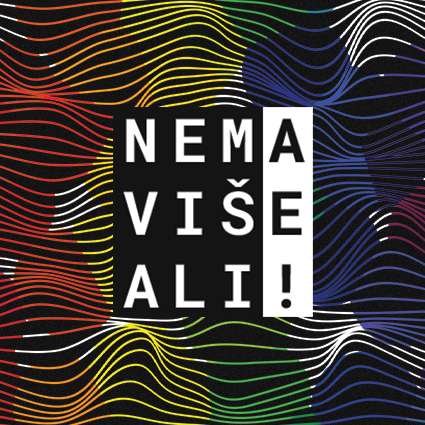 CCE reminds that except for the first Pride, which was a decade ago, later there were no serious incidents or expressed organized opposition from any social group. This led to such an assessment of the security authorities that lowered the level of security every year, so that last year was at a minimal level.

Unfortunately, the wave of clericalization in Montenegro opened many human rights issues for which we thought that were won battles, especially in the area of the rights of marginalized groups. Thus, the progress in the field of human rights that we have achieved so far with painstaking efforts collapsed, which is devastating for the whole society. The SOC played a significant role in this, and with this announcement, the so-called moleban against Pride creates a negative environment for the rights of LGBTIQ persons and their allies, but also incites hatred against LGBTIQ persons.

CCE emphasizes that support for Pride comes not only from civic society dedicated to human rights, but also from the citizens themselves. According to the CCE survey from June this year, more than half of the citizens of Montenegro have an understanding of the Pride Parade and believe that it is organized with the aim to point out the discrimination against LGBTIQ persons.

It is disappointing that the SOC, with its intolerant narrative, is trying to derogate some of the rights and freedoms won in Montenegro, which are characteristics of democratic societies, thus taking us back. Thereby, it is obvious that all decision-makers, primarily from the executive and legislative authorities, who gave the SOC the belief that it can behave this irresponsibly, are also responsible for this contra-human rights action.

Every sentence spoken by Metropolitan Joanikije in the announcement of the moleban is a negation of the modern concept of human rights. On the other hand, nothing against marriage and family, against faith and religion was ever presented at any Pride and related activities. Pride parades are based on democratic values, advocacy for equality, freedom, justice, feminism, respect for human rights, social welfare and a strong civil society.

The CCE calls on all political subjects who share democratic values to demonstrate it by coming to this year’s Pride and thus distance themselves from the SOC’s attempt to return Montenegrin society to retrograde frameworks when it comes to the culture of human rights.

The CCE team will be at Montenegro Pride this year, as in all previous years, and with that symbolic joint walk express solidarity and pride towards the members of the LGBTIQ community who bravely fight to be an integral part of our society.