If we reflect on the online media space of Montenegro, then we are without a doubt in a dark period. While in the comments we count each other’s teeth and kilograms, assess someone’s aesthetic characteristics, judge before the court, slander and insult just because we do not agree with someone’s position, then I am afraid that we have lost the battle for a decent society. The state remains quite silent on the increasingly underlined hate speech and illegal content in readers’ comments, but, as there are some indications now, it also wants to strengthen it institutionally with the new draft Media Law. It will not be that there are no mechanisms to fight this scourge, but rather that it is a question of furthering the particular goals of those for whom clicks, and the profit it brings, is more important than the public interest.

In the labyrinth of current political affairs and the progress in the digitalization of public space, freedom of expression has reached its peak in Montenegro. Anyone who thinks it is not good is wrong. However, this freedom is often abused by the new anonymous warriors for whom the online space is a battlefield and training ground for dealing with dissenters, which leads to the contamination of public communication. The conditions on the ground suit the new admirals and generals of that twisted value system, who probably inherit such values outside the online world as well. There are no obstacles, and personal responsibility for illegal content does not exist, which opens a wide field for cannon shots of hate speech and online violence. And let us be clear, this is not a phenomenon that started in August 2020, but much earlier, only in the last two years, it has become even more mundane and toxic.

The Centre for Civic Education (CCE) has been advocating for long time that this issue be clearly recognized by law, with accompanying effective sanctions, which was ultimately defined by the current Media Law that entered into force at the beginning of August 2020.  The current provision in the Law states: “The founder of an online publication is obliged to remove a comment that represents obviously illegal content, without delay, and no later than within 60 minutes of learning or receiving a report from another person that it represents illegal content.” 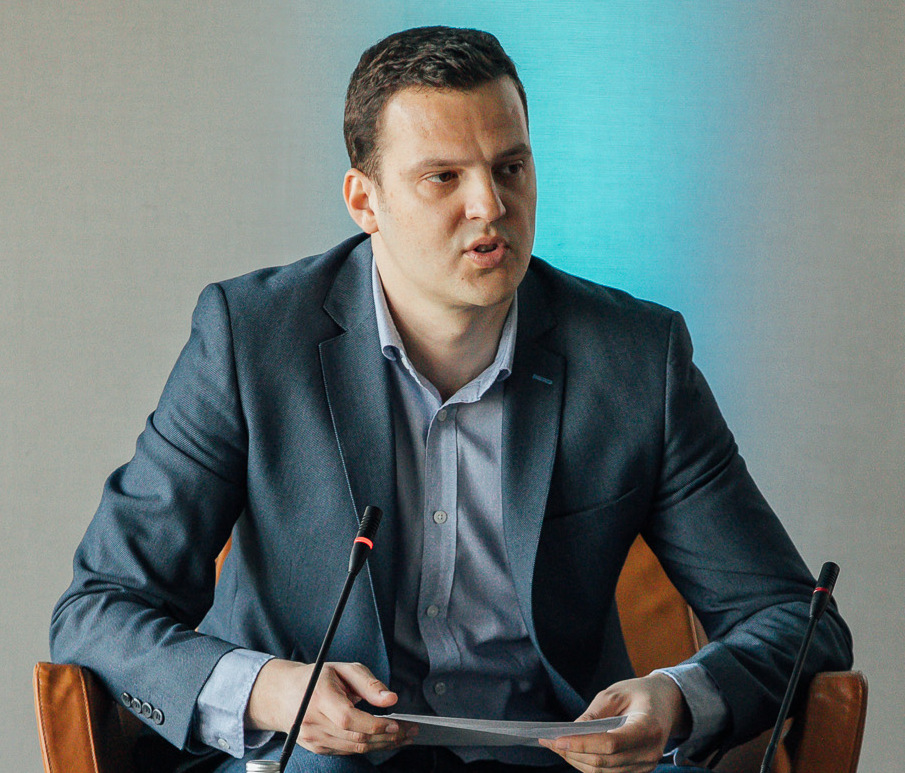 In the recently published new draft Media Law, Article 26 was changed, so the period for the founder of an online publication (portal) to remove a comment with illegal content is extended to eight hours, while the penal provisions for the offence against a legal entity in the amount of 1,000 to 8,000 euros, if the illegal comment is not removed, remain the same. In its explanation, the Ministry of Culture and Media stated that the period of 60 minutes “is very short from the point of view of practice and effectiveness” and that “it is desirable that this period be longer, so that the online publication could more effectively approach the modelling of comments.”

Deeply wrong. On the contrary, with the new draft Law, portals are given free rein to, as long as the text is popular, generate comments of an illegal nature, which may bring readership and financial profit, but also decreases the credibility of that media (where it exists at all) and it harms to many individuals or groups that are the subject of the most notorious comments. It is also clear to outsiders that the period of eight hours is too long as portals are precisely the medium that gives priority to quick reporting. Therefore, such a correction, and only after eight hours, renders the norm meaningless. More precisely, it is not to be expected that readers will open the same media content after it has lost its topicality and after readers have already seen comments of an offensive nature. The damage has been done, and the removal of the comment after eight hours, when hardly anyone opens the text, means nothing to the party that is damaged.

The lack of harmonized international practice on this basis is burdening, but it must not be limiting. The argumentation of some representatives of the media community that they do not have enough financial or personnel capacity to react quickly is understandable. Unfortunately, the collapsed market has long since turned a huge part of the media into financial strangleholds.  However, for this reason, it would be more logical either to close the space for comments or to approach the comment pre-moderation model (insight into the comment, then its (un)publication) than to have them as a forum for the spread of toxic statements and fake news, without bearing any responsibility, while citizens remain without effective protection.

The practice of most portals in Montenegro is characterized by the so-called NTD procedure (“notice and takedown”), which implies the removal of illegal content upon information about it, and is based on the European Union Directive on electronic commerce 2000/31[1]. However, it should be taken into this context that the level of political culture in most of the EU member states is significantly more developed than in Montenegro.

Illegal content is solidly defined in Articles 34, 35, 36, 37, 38, and 39 of the Media Law and refers to respect for the presumption of innocence, hate speech, protection of the integrity of children and minors, prohibited advertising of the sale and purchase of human organs, weapons, narcotic drugs, tobacco products, etc., protection of personal rights (injury of honour and reputation). During two waves of monitoring comments on portals, in March 2021 and in April 2022, the CCE research team assessed a total of 47,193 comments within 1,240 texts on 11 portals for 59 days. The findings indicate that there were no portals without comments with illegal content. In the context of Article 36 of the Media Law, which prohibits discriminatory content or content with hate speech against a certain group, comments with hate speech on a national basis, directed mostly at people of Montenegrin and Serbian nationality, dominated. Comments with hate speech on religious grounds were also noticeable, and there were also misogynistic comments, and comments with hate speech against persons belonging to the LGBT population. Most violations of this article of the Law were recorded on the In4S portal, which consciously ignores the media legislation of the state of Montenegro and refuses to be registered.

The Media Law and investment in self-regulation must be the starting point and destination of every media activity. Unfortunately, the new draft Media Law takes a step back and does not strengthen the regulatory framework, but practically relieves portals of responsibility in terms of investing in internal procedures and self-regulatory mechanisms. Just as we as individuals are responsible for what is on our platforms, the founders of online publications are responsible for what is on their platforms. It is prescribed by the domestic legislation, and it is similar to the legislation in the neighbourhood. On 1 October 2021, the Croatian Parliament adopted a new Law on Electronic Media[2], where Article 94 states that the founder of a legal entity is responsible for the content generated by registered users. Article 99 prescribes the penal policy in that part. If we also add that a part of the media refuses to be registered in accordance with domestic legislation, then we get a rounded frame that represents fertile ground for labelling without responsibility, for the spread of propaganda, fake news, and disinformation. Investing in self-regulation, and not avoiding responsibility, can only contribute to improving the situation in this area.

It is worth pointing out good practices and media that understood the importance of comments on portals, and employed individuals who deal exclusively with their moderation. The largest and most visited portals have a particular responsibility in this respect. In October 2021, the CCE published the guide “Comments on portals – where are the limits?” intended specifically for moderators on portals to help them perform their work and resolve some of the dilemmas they face on a daily basis. Also, training was conducted for interested media and their moderators.

In the draft Media Law, in the part related to supervision, it is necessary to introduce additional protection for those citizens who are considered harmed by comments on portals. In this case, it is necessary to determine an institution that would supervise the implementation of Article 26 of the Law and to whom citizens could turn once the illegal content in the readers’ comments was not deleted. This is the only way to strengthen citizens’ trust, both in the media and in the competent institutions that would deal with this issue.

The neglect of civic education and media literacy in the formal education system has contributed to the sudden increase in online violence in which hardly anyone is spared. The Ministry of Culture and Media should put the public interest before the fight for clicks and the already small marketing pie. One of the modalities is for smaller newsrooms and portals that do not have the capacity to fight against illegal content in readers’ comments to introduce the concept of pre-moderation, or for the Ministry to help them with the development of software that can facilitate that process. Ethical and professional journalism always finds its way to readers regardless of the size of the newsroom. If a new solution is adopted, according to which illegal content in readers’ comments must be removed only after eight hours, instead of the previous 60 minutes, we can prepare for a new wave of pollution of public space and stronger hate speech compared to the one we have today, which will result in an even deeper polarization and growing tensions.

The text was published on the portal of the Montenegrin Media Institute (https://www.mminstitute.org/blog/2022/11/20/ubi-me-prejaki-komentar/ )