The support of institutions is crucial in preventing gender-based violence, this is the central message from the panel discussion Let’s FAST FORWARD gender equality, which was organized last night by the Centre for Civic Education (CCE) in the Montenegrin Cinematheque, in Podgorica, after the premiere of the film Šejla, directed by Montenegrin author Velibor Čović, as part of the accompanying programme of the XIII FAST FORWARD Human Rights Film Festival Montenegro 2022.

“What else should have Šejla said to the police and institutions to protect her – is a question that was asked by all the people who worked on the making of this film. The message that we wanted to send with the film was Šejla does not repeat to anyone… And my goal was to notify known addresses, to make our voice heard, to break the silence,” said director Velibor Čović after last night’s premiere. He pointed out that this film aims to make the public sensitive about the seriousness of the problem of femicide and overall violence, but expressed also the hope that it also brings “permanent value, which people talk about”.

“As a woman, after this film, I see even more clearly what women go through. Montenegro is a patriarchal society and women have had a voice for 80 years, but – has Šejla’s voice been heard?” stated Sanja Grbović, a teaching assistant at the Faculty of Law of the University of Montenegro. She believes that the main problem is society’s silence and gender insensitivity. “Very few of us think that women are really threatened, and even fewer women know what their rights are. Another problem are the institutions that I am angry with. It is our duty to protest and work for change until the police and prosecutors start doing their job,” said Grbović. 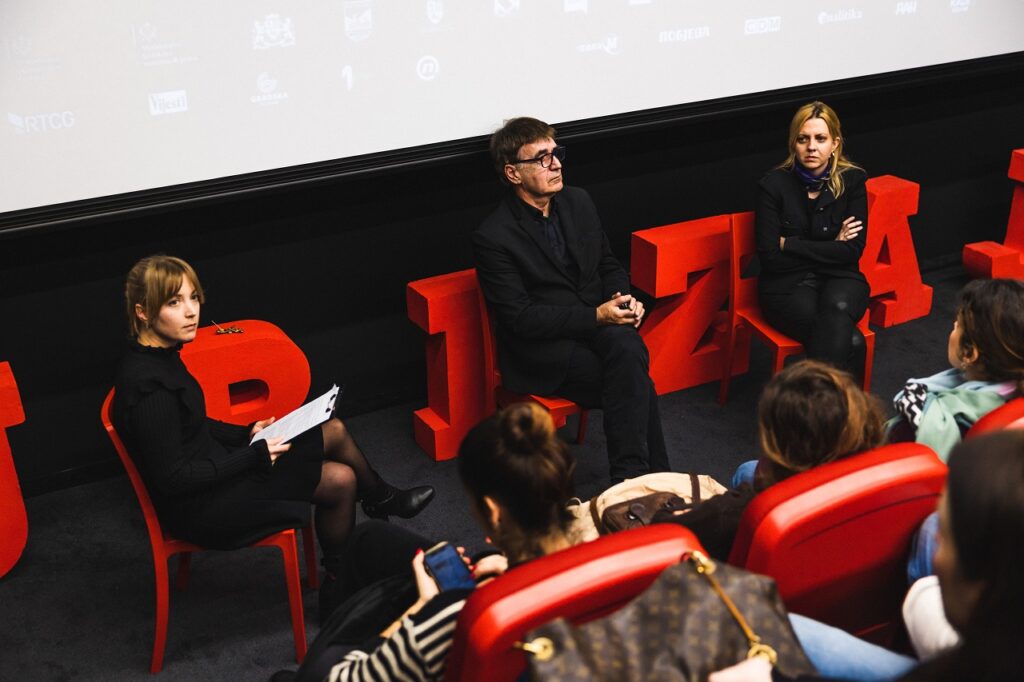 The screening of the film “Šejla” and the panel discussion are part of the project Let’s FAST FORWARD gender equality (phase II) – from stereotyping to equality!, implemented by CCE with the support of the Ministry of Human and Minority Rights.