During the third day, the FAST FORWARD Human Rights Film Festival Montenegro 2022 brings new premieres of outstanding film achievements in Podgorica and the closing of the Kotor edition with an accompanying programme.

In the Montenegrin Cinematheque, in Podgorica, the programme of the third day begins at 19:00 with the screening of the Russian author Vera Krichevskaya’s film F@CK THIS JOB, which follows a newly rich woman, successful woman looking for fame, reputation, and the realization of her dreams. Her career takes a drastic turn when she decides to launch an independent TV station that resists Putin’s regime in Russia. The film won the Amnesty International Award in the Human Rights section of the Thessaloniki Documentary Film Festival, and its author is the winner of many awards for her work, including TEFI, Golden Ray, Golden Pen of Russia, and the National Award for Non-Fiction Film. 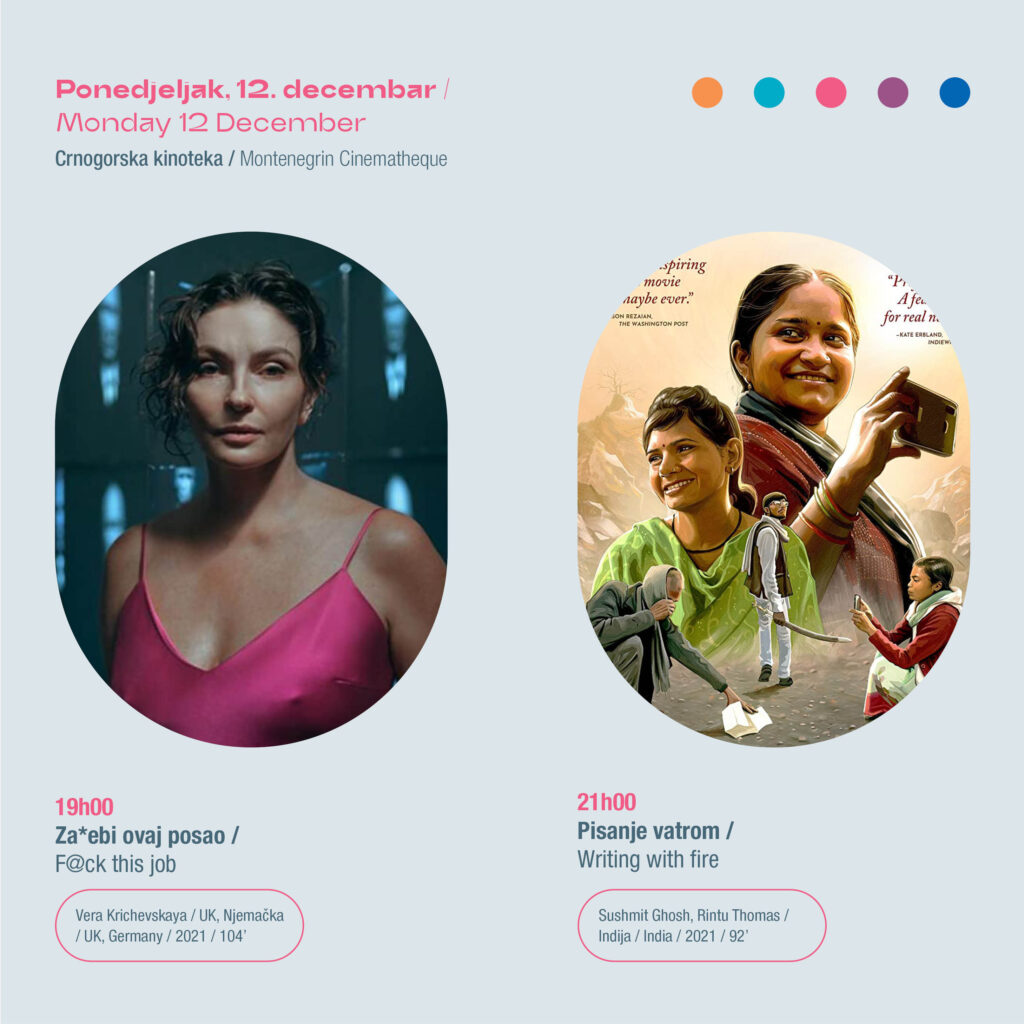 The programme continues at 21:00 with the film WRITING WITH FIRE premiere, the work of the Indian directorial team of Rintu Thomas and Sushmit Ghosh, who have already gained worldwide fame with films that have a strong social impact. This is the story of Khabar Lahariya, the only news agency in India run by Dalit (oppressed castes) women. Armed with smartphones, Chief Reporter Meera and female journalists break traditions, be it on the frontlines of India’s biggest issues or within the conﬁnes of their homes, redeﬁning what it means to be powerful. The film sheds light on India’s millennia-old caste system, tradition, sexual violence against women, and corruption. It is the winner of numerous awards, including the Amsterdam International Documentary Film Festival, the Aljazeera International Documentary Film Festival, the Bergen International Documentary Film Festival, etc. 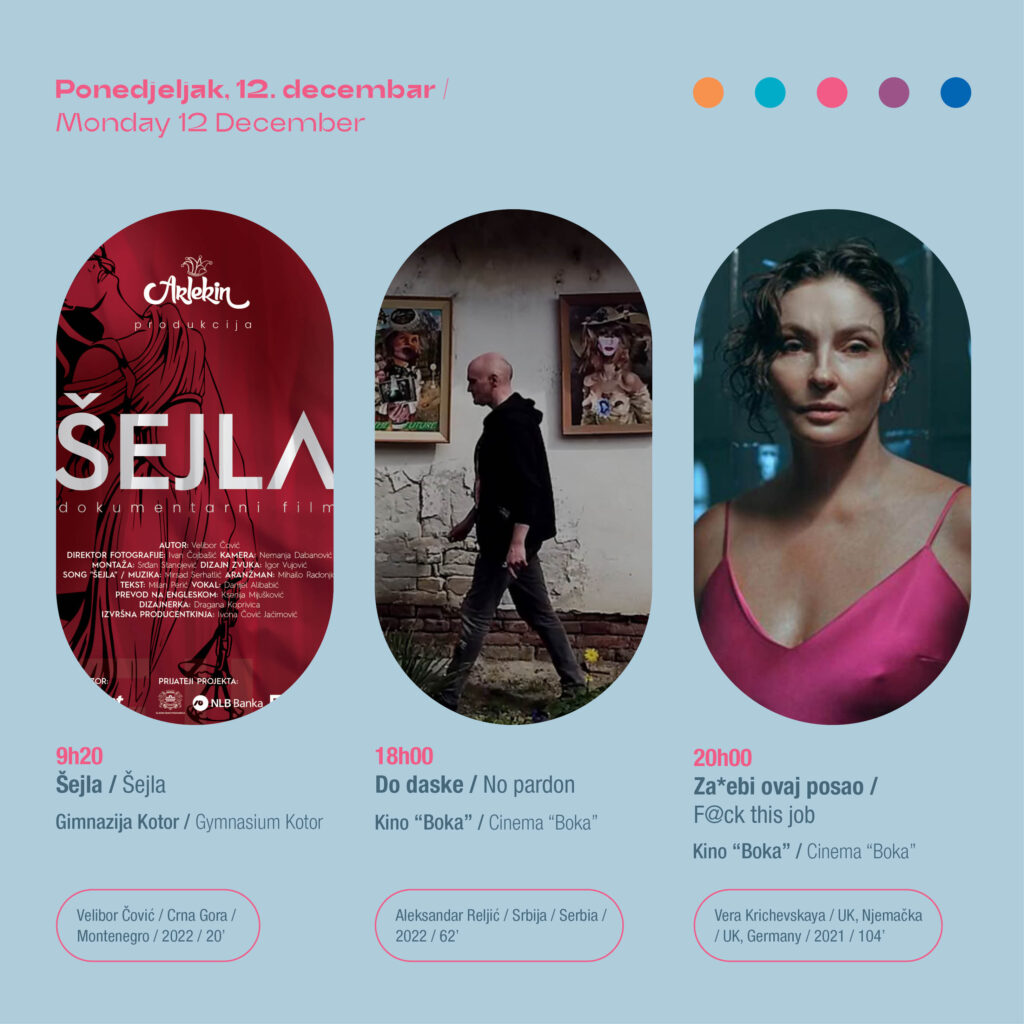 At the same time, on the repertoire of the last festival day in Kotor, a screening of the documentary film ŠEJLA was held at the Kotor Gymnasium at 9h20, with a discussion with the director, Velibor Čović and Ljupka Kovačević, coordinator at ANIMA, while tonight in the “Boka” cinema, the films NO PARDON at 18h00 by Aleksandar Reljić with an accompanying panel discussion in which, in addition to Reljić, Paula Petričević, philosopher and activist, and at 20h00 p.m is F@UCKTHIS JOB will be presented.

Admission to all screenings is free, and more information is available at https://ubrzaj.me/en/.