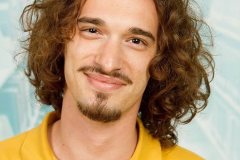 Nikola Djonović completed his postgraduate studies of Politology at the Faculty of Political Science, University of Montenegro, where he had previously acquired his Bachelor degree at the Department of European Studies. Among non-formal education trainings and studies, he took part in the School for Human Rights organized by the Montenegrin Helsinki Committee, followed by the summer school “Management, governance and the role of civil society networks” organised by the Institute of Eastern and Central Europe and the Balkans, with the support of the Central European Initiative (CEI) and the European Commission, as well as the regional “Political Academy of Social Democracy” organized by the Friedrich Ebert Stiftung and the NGO New Society from Zagreb. He specialised through various seminars on European and Euro-Atlantic integration. Further education in the field of human rights he attained as a participant of a Regional school “Education for Human Rights and Active Citizenship in the Western Balkans”, organized by the Norwegian Helsinki Committee. He successfully completed TACSO training on management of EU funded projects and capacity building of organisations in public policy writing. Through study visits in Poland, Germany, Belgium, Italy and Croatia, he had the opportunity to expand his knowledge in the field of human rights, development of non-governmental organizations, European concept of adult education and lifelong learning, as well as in topics related to dealing with the past, political culture and regional development. He was an observer in the local and parliamentary elections in Kosovo, as well as in the presidential elections in Ukraine, within the international monitoring network ENEMO and the team of CEMI. He is the author of the study “Influence of political corruption on the decision making process at the local level”, and co-author of publications: “Facts and Prejudices – Financing of Non-governmental organisations and Political parties in Montenegro from Public funds”, “Elections and election programmes 2012 – content or form?”, “Europe in my town – what are we negotiating about and what do negotiations with the EU bring us”, “Local Self-Governments in Montenegro in Fight against Corruption” and the Handbook for councilors and representatives of civil society organizations in the fight against corruption at the local level “Let`s clean up corruption: start from your street!”. Also, he is member of the redaction of the publication “How The European Parliament sees Montenegro in the EU process?”. Native Albanian and Montenegrin speaker, he is also fluent in English and German and possesses a good knowledge of Italian and French.