The United States Embassy in Podgorica Resident Legal Advisor (RLA) Erik Larson spoke to students of the Democracy School, on the topic of “The Role of Prosecution in the Process of the Establishment of a Functional Democracy, including the Rule of Law”.

Mr. Larson gave an overview of the Rule of Law assistance the U.S. government provides to Montenegrin institutions and the civil society sector through the Resident Legal Advisor Program and the Law Enforcement Capacity Building Program. He also engaged in a conversation with students on the role that effective rule of law plays in a democracy. The presentation included a mix of practical examples from Mr. Larson’s U.S. experiences and work as an international prosecutor in the region, combined with a discussion of the role and functions of the prosecution in a democracy, including not just investigations and convictions, but also establishing the truth, exposing criminal activity, uncovering financial networks funded by crime, and protecting human rights. 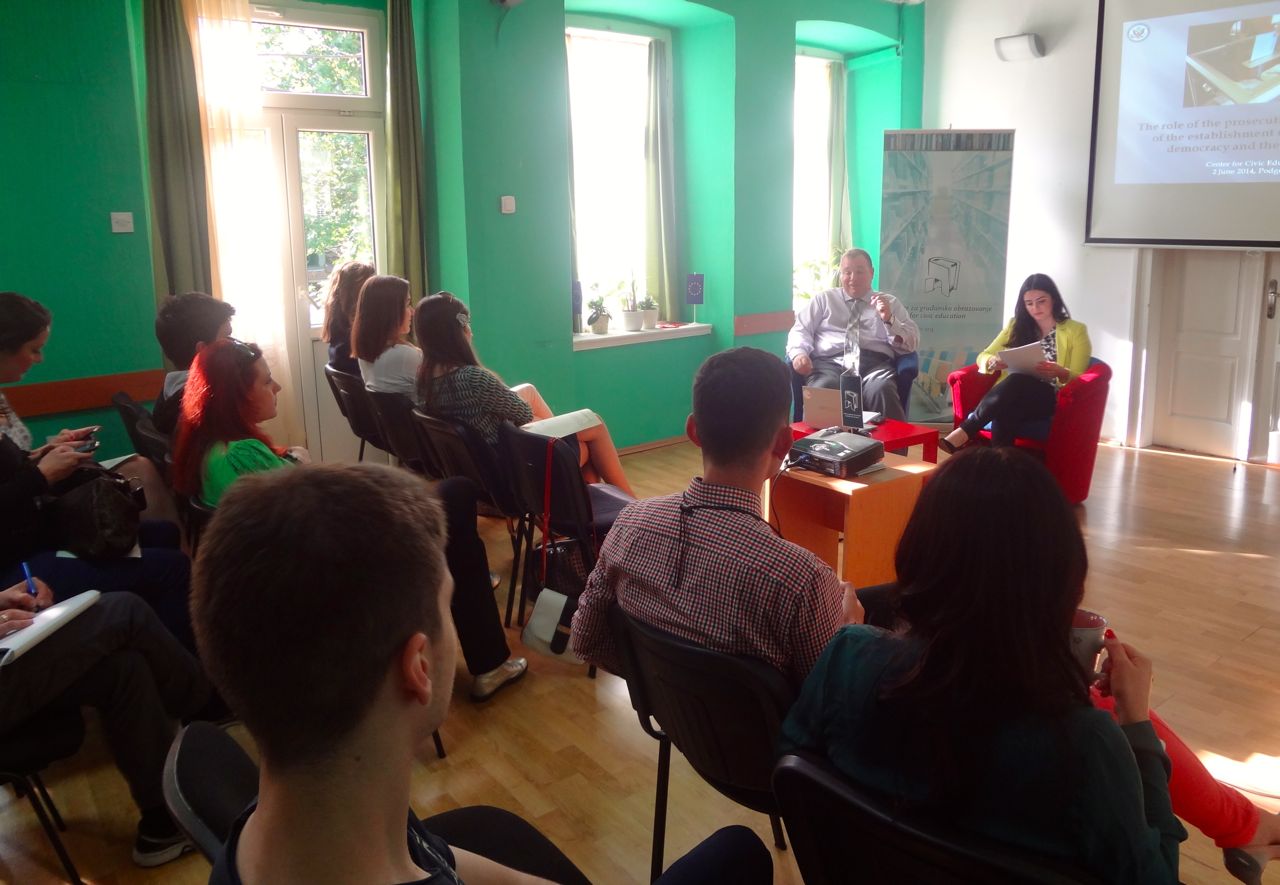 The Democracy School is one of the oldest education programme of the Centre for Civic Education (CCE), dedicated to understanding the idea of democracy and ways in which to implement democratic principles. CCE is currently a grantee of the U.S. Embassy in Podgorica, overseeing a project which focuses on the improvement and promotion of the work of the Administration for Inspection Affairs (AIA).