Centre for Civic Education (CCE) has today, within the project

Daliborka Uljarević, executive director of CCE, opened the workshop and emphasized that besides the technical part that we need to achieve on our path of European integrations, we also need to work on “integration of Montenegrin society and establishing connections that have not been built so far and which refer to exchange of experiences, views, assessments, among people of different generations”.”The process of European integration brings essential changes which are especially needed to societies of underdeveloped political culture. That process should also empower us as citizens in order to know how to fight for our rights, and then within it, the decision-makers will very carefully pay attention to what citizens are thinking and not impose their opinion to them”, concluded Uljarević. 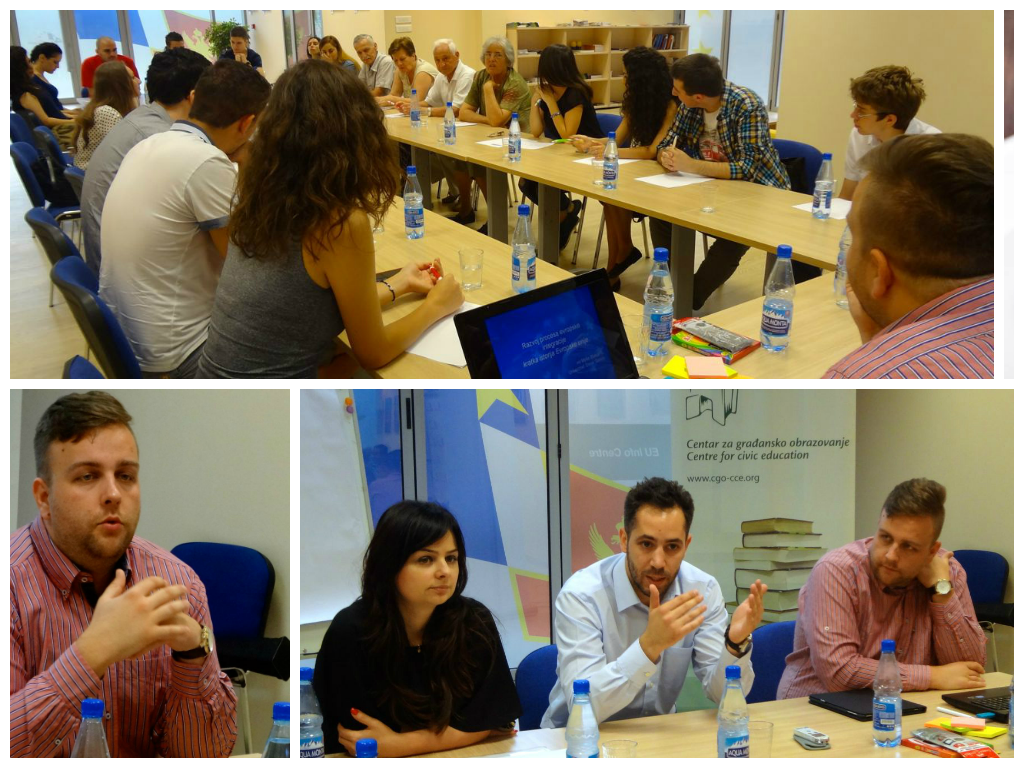 The objective of the project within which the workshop was held is contributing to establishing of intergenerational dialogue between those who were witnesses of the birth of the European Union and those who did not have this experience. More specifically, the project provides an opportunity to the youngest and the eldest citizens to consider reasons that stand behind the process of the European integration, encourage the debate on significance of the EU policies for everyday life of citizens, begin intergenerational dialogue on influence of European values, at the same time empowering target groups with a knowledge necessary for active participation in democratic processes of the European Union.

The project is conducted within the partnership of six countries that are diversified themselves: founder states (Italy, France), states advocating for previous and new enlargement (Sweden, Slovenia), newer member state (Bulgaria) and a state that has officially started negotiations on accession to the European Union (Montenegro). The workshop gathered 20 participants, taking into consideration intergenerational representation.