Centre for Civic Education (CCE), in cooperation with Civic Initiatives (CI) from Belgrade and with financial support of European Union, signed today contracts with civil society organizations (CSO) that were awarded grants through the call for project support of these organizations in Montenegro in the field of human rights.

With total amount of 54 210€, 9 projects are supported and these will be conducted in 11 organizations from Montenegro, aiming to strengthen the role of civil society in promotion of human rights and democratic reforms in Montenegro, and to consolidate participation in representing citizens in political life. The awards were based on defined scoring list and criteria for quality assessment of the projects. 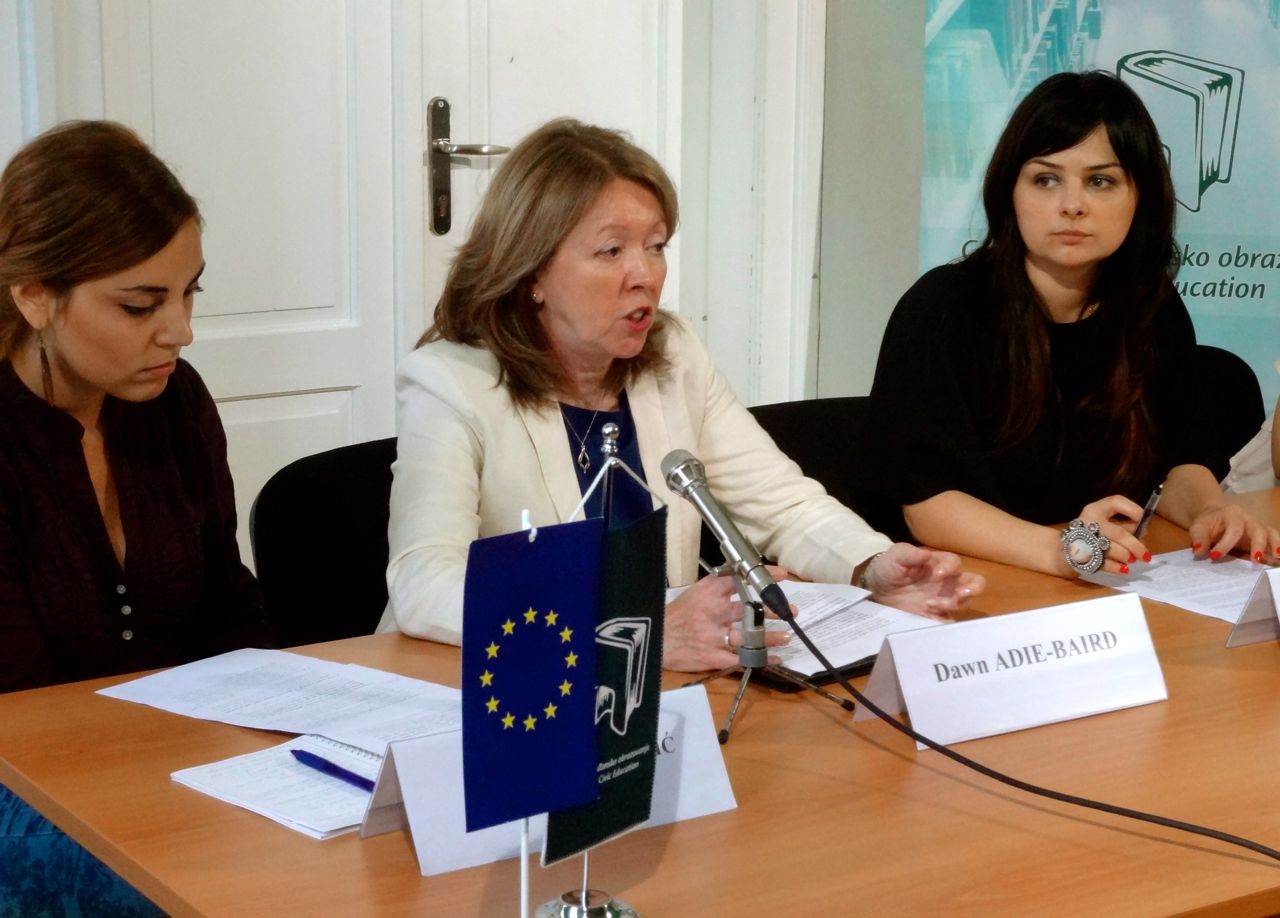 On the occasion contracts signing, Daliborka Uljarević, on behalf of CCE, congratulated to all organizations whose projects were supported and reminded that in total 27 project applications were received while 4 of them did not pass administrative check. “The Commission supported 9 out of 23 project proposals which passed in the second round, i.e. 39.13% of proposals, and because of the quality of projects the initial budget defined for this purpose was increased”. She emphasized that the project Fast Forward Human Rights! is directed towards provision of direct support to civil society organizations of different degree of development, not only by granting them financial resources for project implementation in the local community, but also by strengthening their capacities to successfully conduct projects in accordance with European rules, and by ensuring continuous consulting within project duration. “In this manner, the NGOs that are not users of EU Funds in Montenegro will acquire knowledge and skills about human rights and advocacy, as well as about project management from EU funds which represent realistic sources of financing in the future and a possibility of ensuring financial sustainability of their programmes”, Uljarević stated. “Supported projects are dominantly dealing with affirmation and protection of women’s rights and rights of women and children that are victims of violence, the rights of persons with disabilities, and in two cases political discrimination and system of implementation of short-term punishments of deprivation of liberty and alternative punishments in Montenegro. They distinguished from other projects especially in terms of quality of submitted proposals, as well as with actuality of the topic the projects are dealing with”, concluded Uljarević.

On behalf of EU Delegation to Montenegro, Dawn Adie Baird addressed and emphasized: “Civil society is of key importance in promotion of human rights and democratic reforms. Because of that, we strongly encourage non-governmental organizations from Montenegro in their efforts to follow human rights practices. We are sincerely hoping that this project will for “fast forward” the issue of human rights affirmation in Montenegro and contribute to better media coverage of these topics which is even more important in order to raise awareness of citizens about their rights.” She, also, reminded that “during EU accession process it is very important to ensure respect of human rights, because only a country that respects rights of its citizens and guarantees fundamental rights to everyone under the same conditions could become EU member state.” 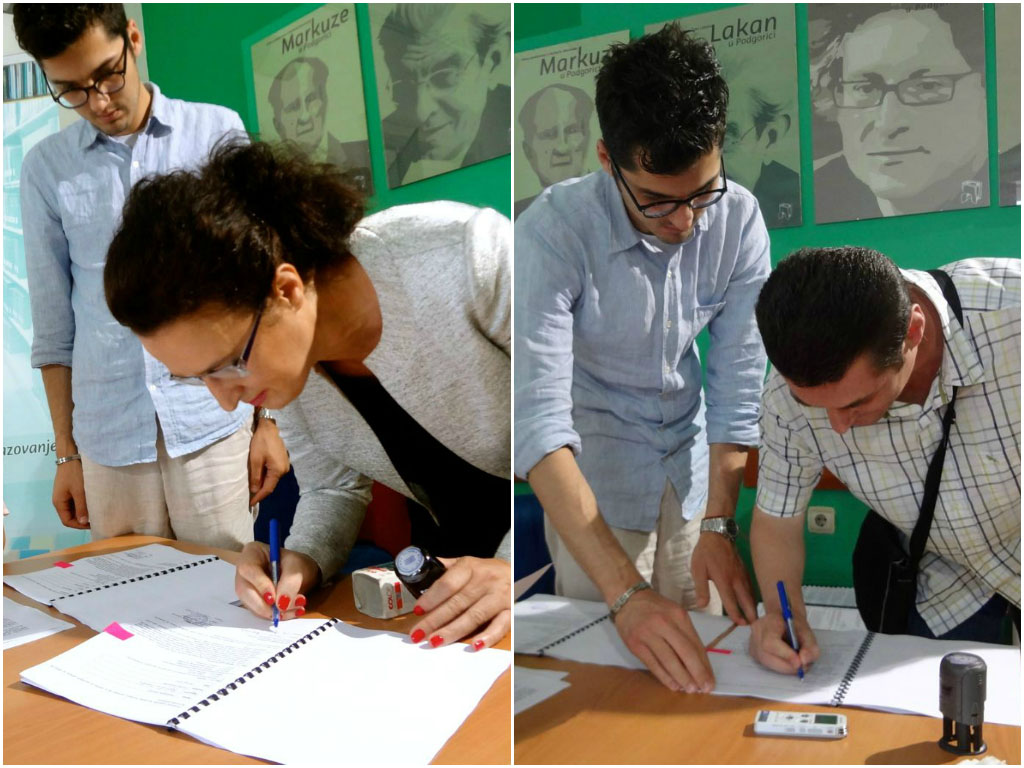 Budisavka Saveljić, executive director of Shelter, an NGO that got support for the project “Alimentation – the right of every child and obligation of every parent” said that “Deprivation of livelihood is violation of children’s rights, and duty of the country is to ensure efficient system of implementation of legal obligation of a parent. In order to protect interest of children whose parents do not pay alimentation it is necessary to improve the existing system of child support collection, which will be the aim of our project”.

Hatidža Neljaj, executive director of SOS phone line for women and children victims of violence from Ulcinj, underlined that with the project “Establishing gender equality and principle of equal opportunities in the municipality of Ulcinj” the organization will initiate creation of institutional mechanisms for improvement of women’s rights and implementation of gender equality policies in Ulcinj. “Having in mind great number of problems which women face in their community, we are aware that they cannot be solved in unorganized manner and through temporary rare actions, but that institutional framework and strategic document that will require participation and responsibility of local authorities, need to be provided at the community level”, added Neljaj.

Ervina Dabižinović stated that Centre for Women and Peace Education ANIMA from Kotor with their project “Campaign: Remember, Ask, Upset” tends to “increase the number of civil society initiatives which are looing for alternative dialogue with “political society” and increase degree of trust in alternative ways of acting. Current events on the political and public scene, where the attacks on the initiatives that come from civil society are increasingly frequent, give us right to intensify and actively work on alternative ways of acting and sharing of knowledge”.

Dejan Tmušić, executive director of Paraplegic Association of Cetinje, together with Association of Persons with Physical Disability of Montenegro, in representing the project “My right – the right on free movement” emphasized that “disabling free access and movement of persons with disability indicates that persons with mobility impairments are undesirable in our society. That way, the fundamental human rights are violated, together with disregarding of human dignity. Without resolving this issue there is no discussion about respect of human rights or equalization of opportunities and inclusion of this population in social community, and our project directly addresses the above mentioned issues”.

Zoran Radulović, stated that Monitor’s Centre for Media and Democracy with the project “Journalist Research and Debates: Political Discrimination – Examples, Basis, Causes and Consequences” through detailed research, series of articles, special supplements and debate intends to “clarify the problem of political discrimination in different fields and aspects, as well as the influence of discrimination on violation of human rights, transition of Montenegro towards democracy and process of the European Union accession”.

Ilija Vukčević, executive director of the Institute of Law Studies that will conduct the project “Implementation System of Short-Term Punishments of Deprivation of Liberty and Alternative Punishments in Montenegro” indicated that it is necessary to find new alternatives to short-term punishments of deprivation of liberty that would overcome lacks of the current punishment policy and system for execution of criminal sanctions. He added that it is “necessary to create conditions for full rehabilitation of offenders, protection of their rights, as well as reduction of enormous state costs of execution of short-term sentences of deprivation of liberty”.

Dragana Tripković, president of the Managing Board of NGO ATAK, an organization that from the aspect of culture deals with human rights, underlined that primary reason for starting the project “Frame – Contact”, NGO ATAK sees “in the lack of socially-engaged and socially-responsible art in Montenegro and the problem that arises with the strength of obviousness is not-sufficient integration of persons with disabilities into artistic and cultural flows of Montenegrin society”. 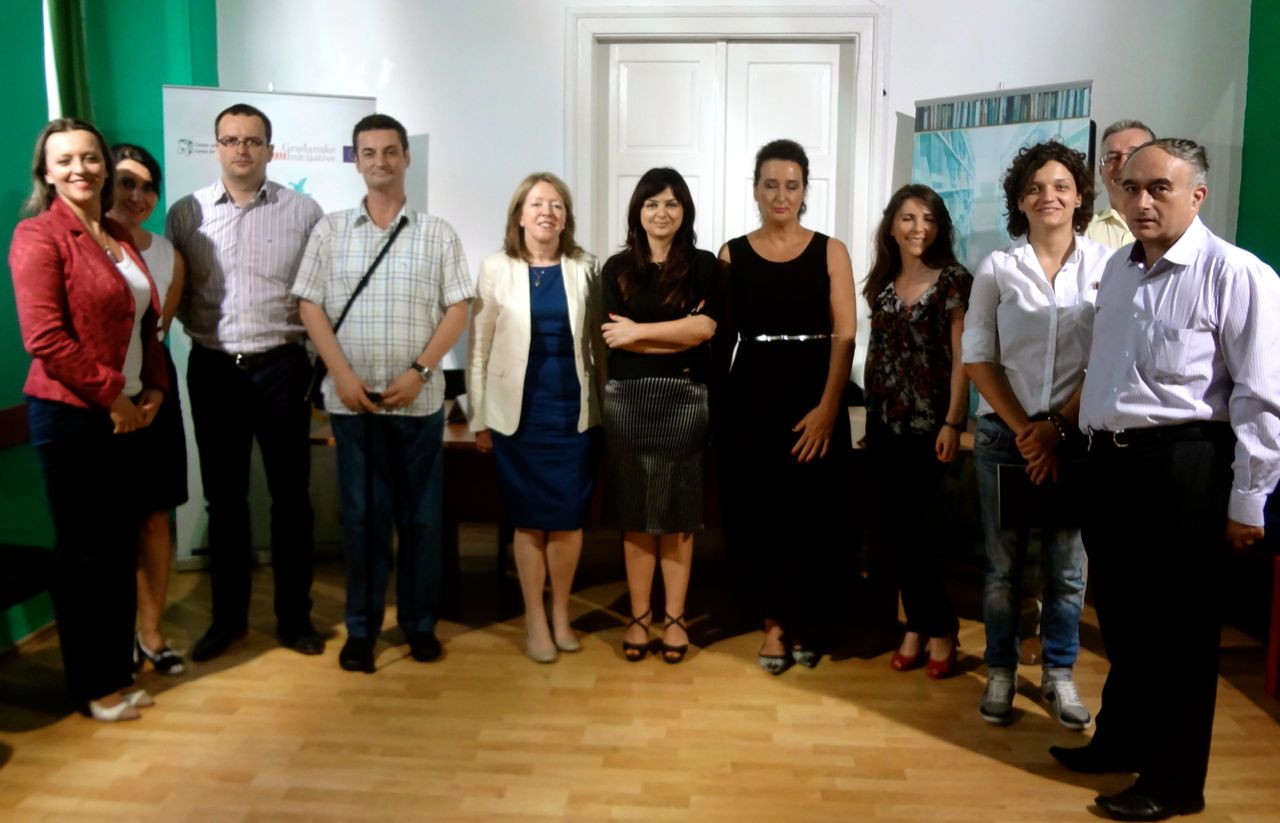 The project “Fast Forward Human Rights!” is implemented by Centre for Civic Education (CCE) in cooperation with Civic Initiatives (CI) and it is funded by the European Union.