Within the preparations for the sixth edition of FAST FORWARD Human Rights Film Festival 2015, Centre for Civic Education (CCE) held a meeting and formed the group of volunteers which will work on logistical support, assist in the organisation and promotional activities before and during the Festival, both in Podgorica, and with simultaneous short editions in Kotor and Berane.

CCE selected twenty-five young people out of more than sixty who applied for volunteering, who understand the importance of human rights along with their passion for movies, and who wish to contribute in bringing the sixth edition of Festival closer to their peers, as well as to numerous other citizens. 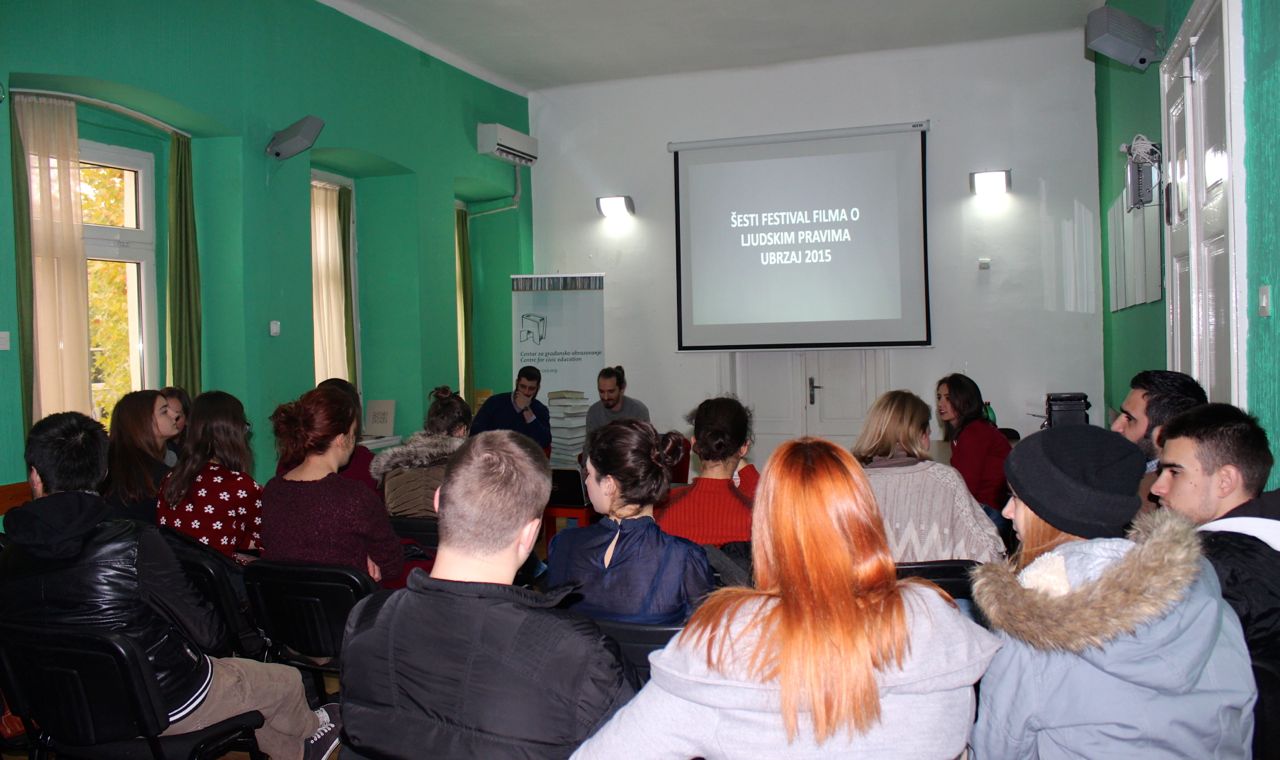 Festival volunteers will be a part of CCE organisational and creative team, and by doing so, they will get the opportunity to learn and experience how difficult it is to advocate the principles of equality and justice on a daily basis, as well as to see great movies of most recent production that could inspire them to fight for human rights.

Coordinators presented the programme during the meeting, as well as the visual identity and logo of this years’ edition of FAST FORWARD Human Rights Film Festival 2015.

Sixth edition of FAST FORWARD Human Rights Film Festival 2015 will be held from 11 to 15 December 2015 in Podgorica, in Montenegrin National Theatre (CNP), and the novelty is that this year Festival will have short simultaneous editions in Kotor and Berane.

This years’ Festival is supported by US Embassy, Embassy of Canada, Commission for the allocation of part of the revenue from games of chance of Government of Montenegro, as well as the prestigious Movie that matters (this is the first time it has supported this type of project in Montenegro). Partners of the Festival are Montenegrin National Theatre (CNP), Beldocs, Public Broadcaster RTCG (TV and Portal), Vijesti (newspapers and portal), Cultural Centre «Nikola Đurković» from Kotor, Municipality of Berane, as well as the companies Montepano and Compania de Vinos Montenegro.