Centre for Civic Education (CCE) and Municipality of Berane officialy confirmed and specified the announced cooperation in the implementation of FAST FORWARD Human Rights Film Festival 2015 by signing the Memorandum on Cooperation.

Memorandum on Cooperation was signed between Daliborka Uljarević, CCE Executive director and Dragoslav Šćekić, President of Municipality of Berane, whereby they agreed to hold the Berane edition of Festival in the Hall of Municipal assembly, during the period from 13 to 14 December 2015. 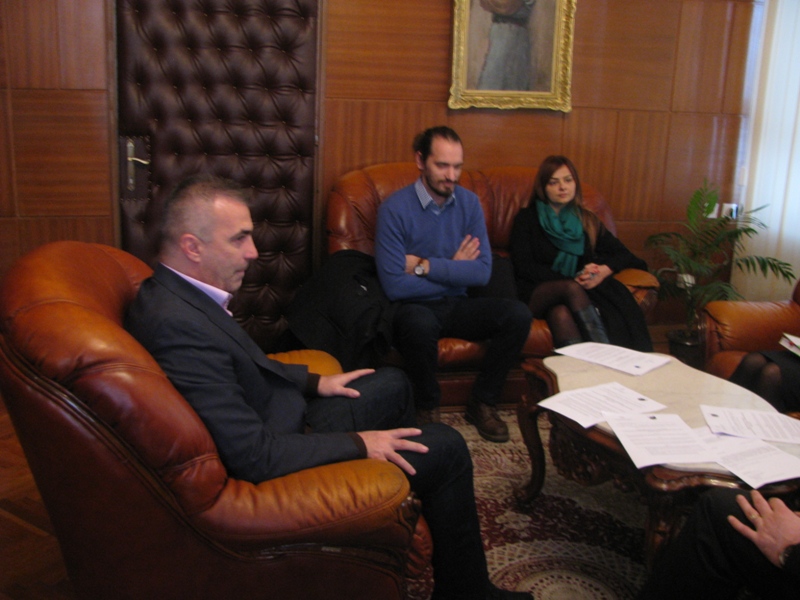 As organiser of FAST FORWARD Human Rights Film Festival 2015, and based on the Memorandum, CCE will give rights for screening of four movies from FAST FORWARD Film Festival 2015 in the Hall of Municipal assembly Berane, as follows – CITIZENFOUR, Mustang, Taxi and One day in Sarajevo. Also, CCE will provide media coverage of aforementioned screenings through media partners, as well as the production of adequate promotional material. Lastly, CCE will present the municipality of Berane on promotional materials and help in the realisation of preparatory activities for the screenings.

As an associate in the realisation of Festival’s screenings in Berane, Municipality of Berane will ensure the promotion of Festival and its programme in local media and in public appearances, including the participation at the press conference in Podgorica, as well as the addressing to citizens at the opening of Festival in Berane. Also, Municipality of Berane will assist in the realisation of preparatory activities related to screenings and additionally provide technical requirements for screening of movies.

FAST FORWARD Human Rights Film Festival 2015 is implemented with the support of US Embassy, Embassy of Canada, Commission for the allocation of part of the revenue from games of chance of Government of Montenegro, as well as the prestigious Movie that matters (this is the first time it has supported this type of project in Montenegro). Partners of the Festival are Montenegrin National Theatre (CNP), Beldocs, Public Broadcaster RTCG (TV and Portal), Vijesti (newspapers and portal), Cultural Centre «Nikola Đurković» from Kotor, Municipality of Berane, as well as the companies Montepano, Studio Mouse and Compania de Vinos Montenegro.