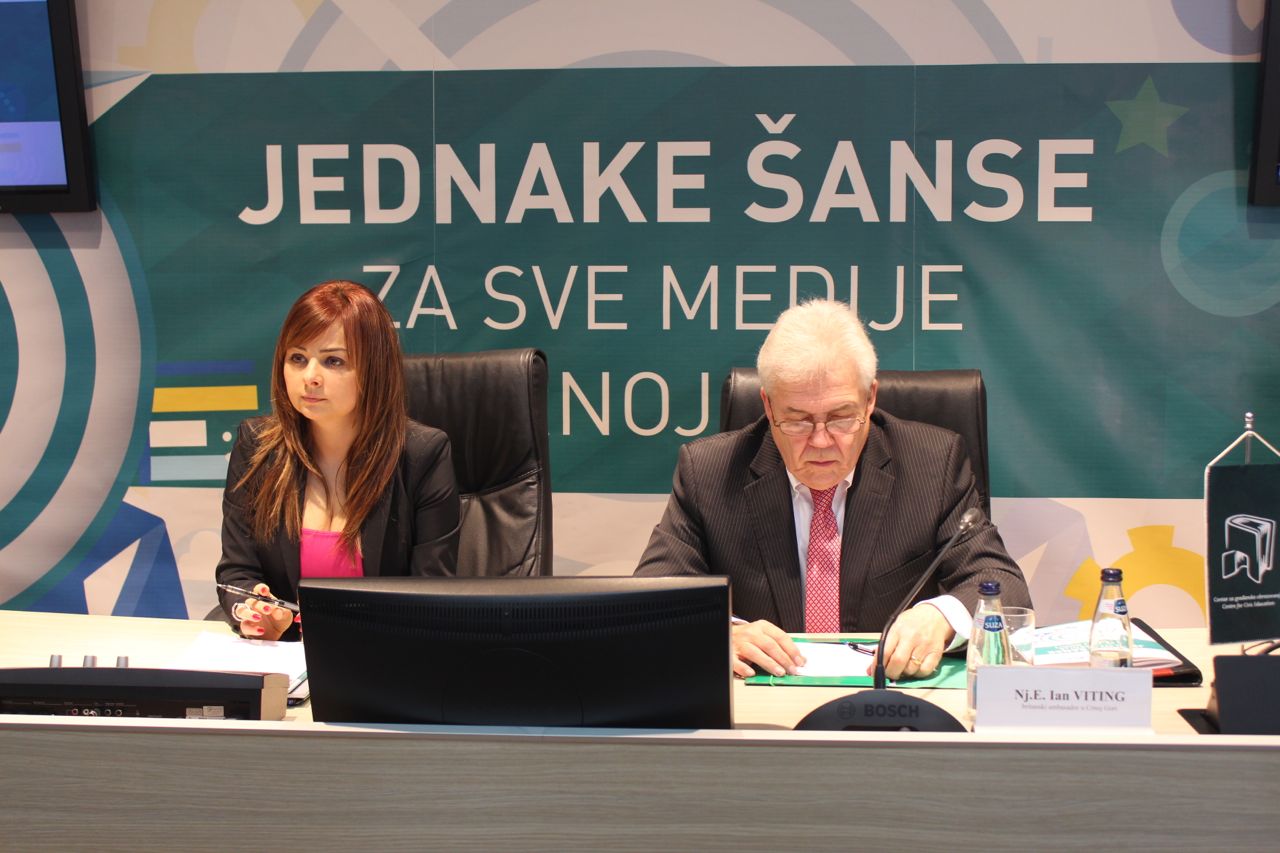 Mira Popović, CCE programme associate, presented the course of research and pointed out that, out of 342 public sector bodies, 226 of them submitted their replies, or 60% of bodies, while 116 bodies, or 34%, refused to submit the information requested, whereby the average waiting time for the response was 90 days. Thereby, she clarified that there are two groups of bodies that failed to submit their replies: those bodies that opted for “principle of silence”, and those that rejected the request for free access to information. “In both cases, it should be noted that it is devastating that institutions, financed by tax payers money, refuse to disclose the information on spending, which in turn rises a suspicion regarding the manner of their spending, and purpose of their allocation”, Popović emphasised. Following bodies found themselves on the “black list” of opaque bodies, according to conducted research: Ministry of Economy, Ministry of Labour and Social Welfare, Ministry of Transport and Maritime Affairs, Capital City of Podgorica, Bar Municipality, Municipality of Ulcinj, Municipality of Plav, Agency for Environmental Protection, Agency for Foreign Investment Promotion, Public Health Institute, the National Parks of Montenegro, Airports Montenegro, Plantaže ” 13 July” and Railway Infrastructure, out of the subjects belonging to Government, local self-government, or that were identified as major consumers on media market.

Ana Nenezić, programme coordinator at CCE, presented in detail the findings of annual research on public spending in media sector in Montenegro for 2014. At the end of her presentation, she highlighted the conclusions and recommendations. 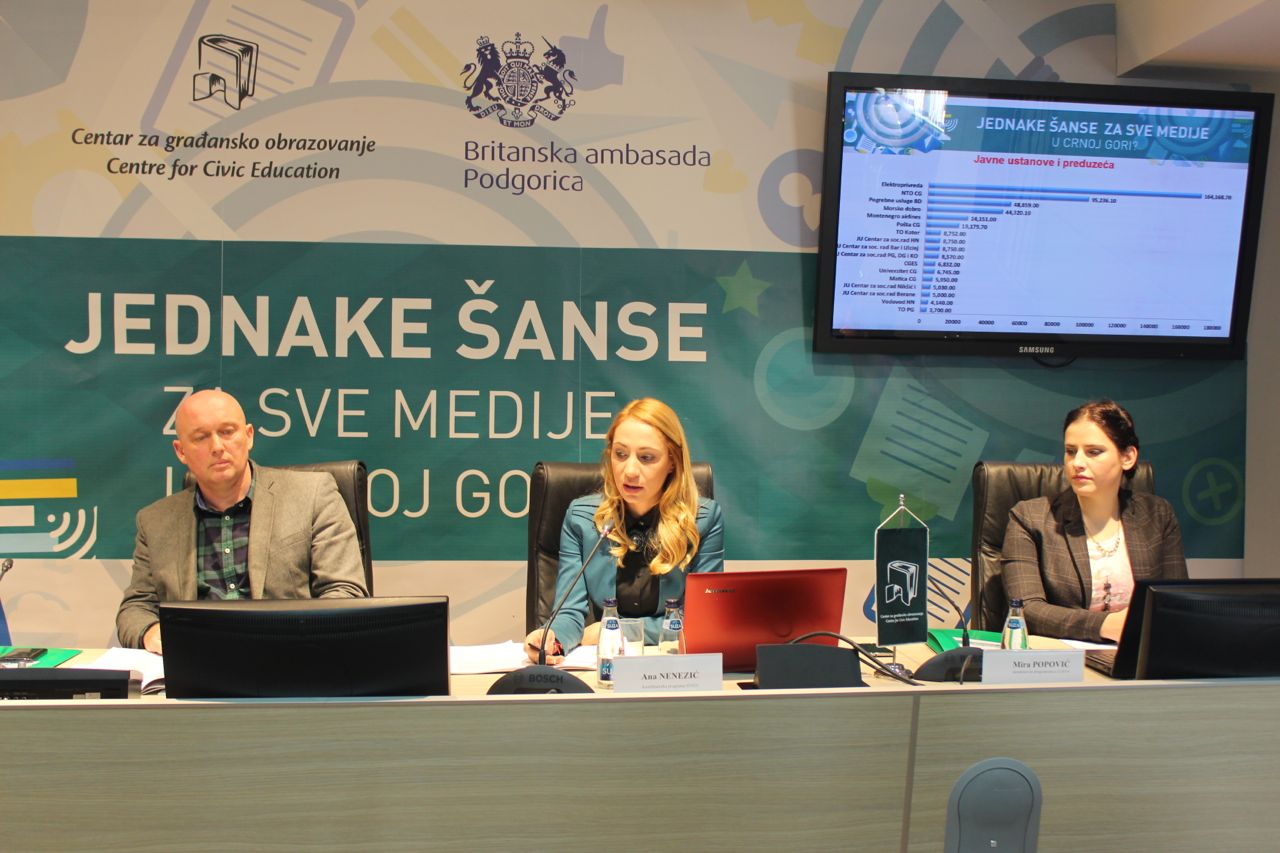 Presentations were followed with a discussion with representatives of various media and institutions.

This conference is final part in the implementation of project “Equal chances for all media in Montenegro”, conducted by the CCE with the support of British Embassy, within the framework of the CCE’s sub-programme Media and democracy. The objective of this project is to increase the awareness on responsible spending of money from Budget of Montenegro, by pointing out to relation between public sector and media, through financial allocations on the grounds of determined services. In that context, under the Free Access to Information Law, the CCE has been collecting the information from May to December 2015 regarding the allocation and the amount of financial resources by public sector bodies, based on the agreement on provision of services, specialised services or other, to media, PR agencies, production houses and agencies for research of public opinion. Gathered information were analysed and incorporated in the report Equal chances for all media in Montenegro?, which was presented at the conference. 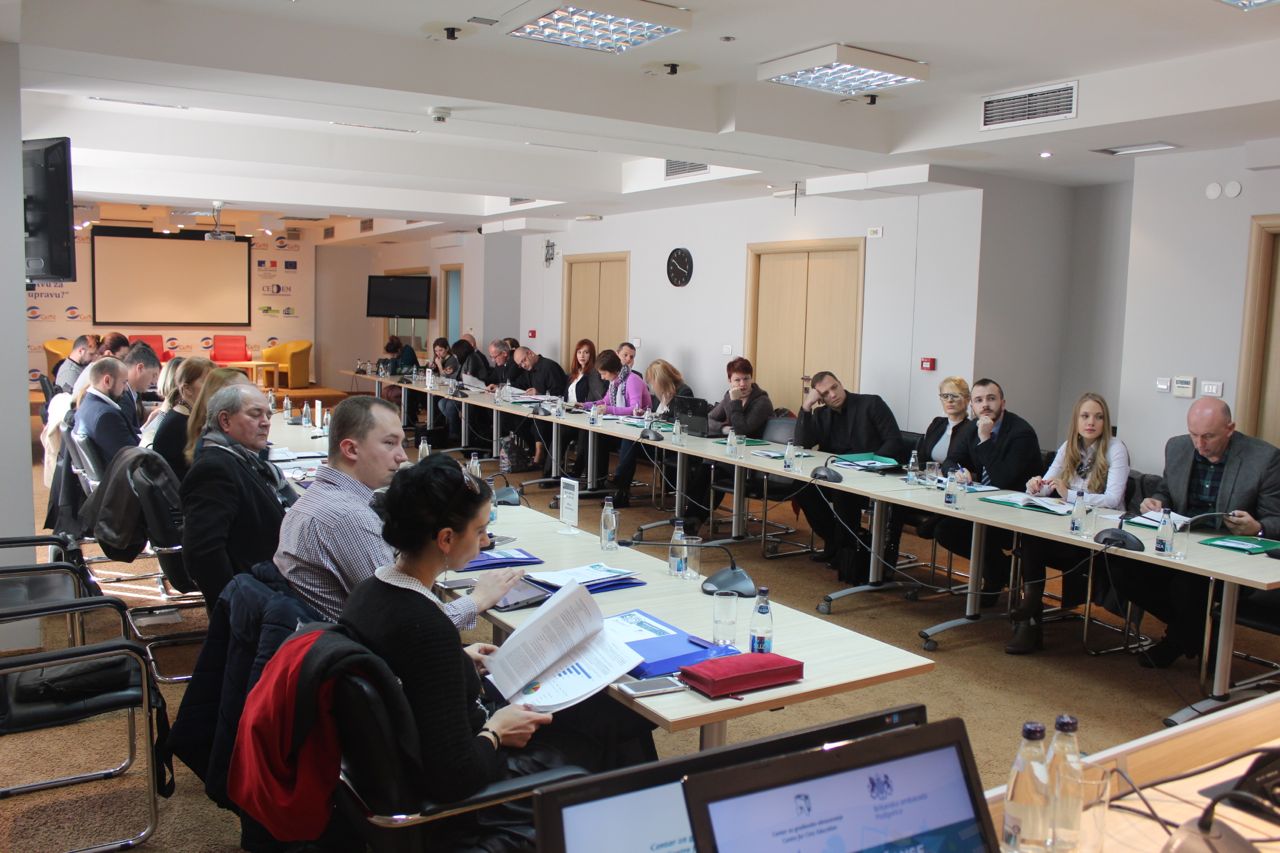