Participants of XXII generation of Human Rights School, organised by the Centre for Civic Education (CCE) with the support of Canadian Embassy, through the project “Different but equal!”, today visited the Police Department within the practical part of curriculum, gaining the opportunity thereby to familiarise with the functioning, competencies and activities of Police Department, Security Centre of Podgorica and Detention unit. At the end of the programme, participants were awarded, in the premises of the CCE, with diplomas for the successful participation of Human Rights School. Diplomas were awarded by H.E. Philip Pinnington, ambassador of Canada and Daliborka Uljarević, executive director of CCE. School lecturers also attended, as well as the programme coordinator Petar Đukanović.

In addition to broad theoretic and practical knowledge on the concept of human rights, working programme of XXII generation included also the visit to institutions that deal with the promotion and protection of human rights, and the Police Department was recognised as an important factor of protection and improvement of human rights, which enabled the visit to participants of Human Rights School and familiarised them with its functioning. Within the visit to Police Department, participants of XXII School of Human Rights were hosted by Svetislav Čović, Head of the Emergency Service at the Security Centre in Podgorica, who was at the disposal to participants and prepared to answer on numerous questions they had for him.

During the award ceremony, H.E. Philip Pinnington expressed his “gratitude that the Canadian Embassy was able to support the valuable initiative of CCE, which is well aligned with one of Canada Fund’s key strategic priorities of protecting human rights, but also to recognise and respect the work of CCE as an trustworthy and credible partner with whom the Embassy has had a long and successful cooperation.” He emphasised that Canada is trying to support the civil sector throughout the world in terms of the important topics for which the Canadians believe that are of essence for the improvement of world we live in, and “CCE’s ambitious and well-designed project” fits this image.

“This year, the Embassy supported project “Different but equal”, because we have recognised the importance of contributing to efficient implementation of antidiscrimination policies in Montenegro. We wish to provide our support to strengthen policies and practices in protecting human rights of vulnerable groups, especially LGBT and to stimulate young people to get actively involved in creating a more equal and tolerant society”, Pinnington pointed out.

Daliborka Uljarević underlined that the CCE’s Human Rights School CCE is the oldest, still-lasting programme of alternative education on human rights in Montenegro, which marks 12 years of existence this year. «Every one of us in CCE is pleased that new, younger generations show more and more interest to learn on human rights and actively participate and advocate their own, as well as the rights of those who are not able to do so themselves». She reminded that «in addition to significant improvements of legislative framework in the area of human rights, culture of human rights in Montenegro still has not lived up to its full potential». She particularly pointed out to discrimination of vulnerable social groups. «We hope that during the following period we will be able to make a more efficient use of already limited resources in Montenegro, and young people are precisely the driving force behind these efforts. It is hard to tread towards the establishment of equal opportunities for everybody, but that road is worthy of all the struggle, because the society which respects human rights and freedoms, is the society that guarantees the security to each of us individually, hence, every effort which brings us closer to culture of human rights is valuable” » concluded Uljarević. 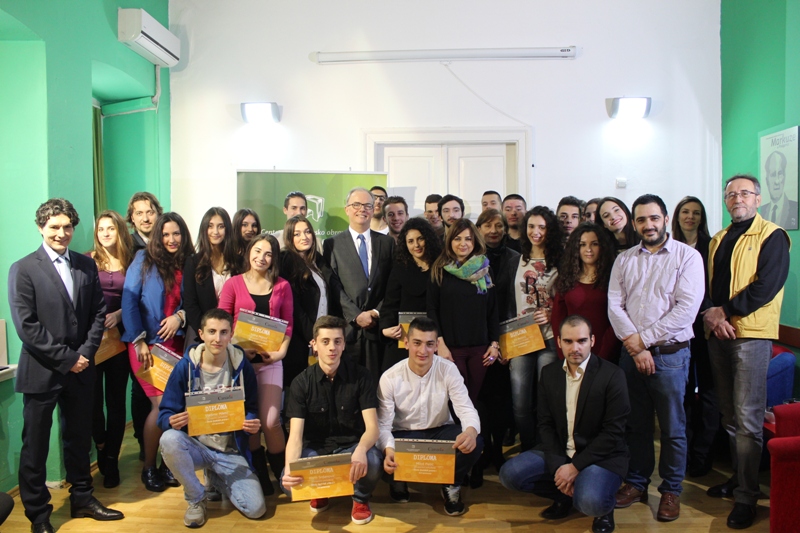 Previous twenty one generation of this School was finished by more than 600 citizens, activists of political parties, non-governmental organisations, state service employees from local and national level, journalists, students, and others who showed interest to link their activities to public scene and provide personal contribution in the realisation of human and minority rights in Montenegro.