Centre for Civic Education (CCE) today completed the second module of five-day long training for the representatives of three non-governmental organisations which projects have been supported through the programme Think locally – act locally! Fight against corruption on local level.

Objective of the training was to strengthen the capacities of local NGOs that will conduct various activities in the upcoming period through the supported projects for the purposes of fight against corruption. They will do so in communities in which they act and work, or in this specific case, in Podgorica Danilovgrad, Nikšić and Cetinje. 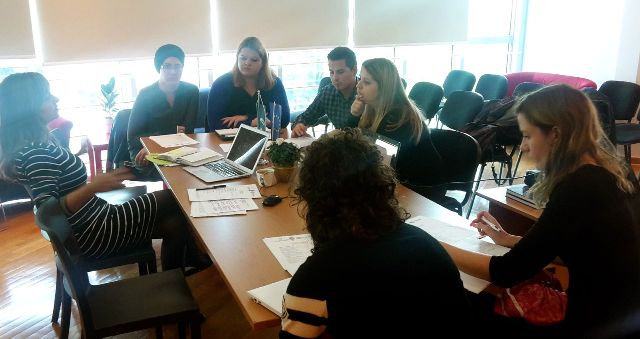 Within the first module, participants had the opportunity to learn more on how to manage the projects, thereby focusing on EU-funded projects, while second module made them familiar with the manner in which Montenegrin municipalities fight against corruption, as well as procedures in which action plans for the fight against corruption and plans of integrity are conducted, which are prone areas to corruption, but also, what are the most adequate techniques and tools for the investigation of corruption, and how important are media as partners for an effective fight against the corruption on local level.
Project Think locally – act locally! Fight against corruption on local level aims to contribute in the development of participation of civil society in the implementation of anti-corruption policies through the monitoring, reporting and watchdog activities on local level in Montenegro. Among other things, objective of this project is to improve the capacities of grass root civil society organisations in Montenegro in terms of the monitoring the anti-corruption strategies and activities on local level through the exchange of information, experience, but also of financial support. The competition for the support of new projects is still open. Projects will be financed in total amount of EUR 38 000, and new deadline for application is 17 November 2016.

Project Think locally – act locally! Fight against corruption on local level is implemented by CCE, in cooperation with NGO Bonum from Pljevlja, NGO Inkubator from Kotor and NGO Centre for investigative journalism from Podgorica, with the support of European Union through the EU Delegation to Montenegro through IPA 2015.