On the occasion of 23 August – the European Day of Remembrance for the Victims of Totalitarian and Authoritarian Regimes in the 20th century, the Centre for Civic Education (CCE) again appeals to relevant institutions to establish a mechanism for permanent remembrance of victims of political repression of the socialist and communist regimes in Yugoslavia. This issue is important for Montenegro because a number of its citizens were among the victims of this political ideology, which included humiliating, inhumane and discriminatory treatment by the authorities.

Montenegro is characterized by the approach of «putting under the carpet» of unpleasant issues of the past and the continuous political unwillingness to handle the processes of dealing with the past fairly, efficiently and sustainably. We remind that Montenegro had by percent the largest number of political prisoners in the notorious camp on the Goli Otok in Croatia, in which the opponents of the communist regime of that time were brutally tortured and killed. However, the Goli Otok’s victims and their families have not been rehabilitated and compensated to date, although it was an obligation under the 1992 Assembly Declaration and promises of the Government. 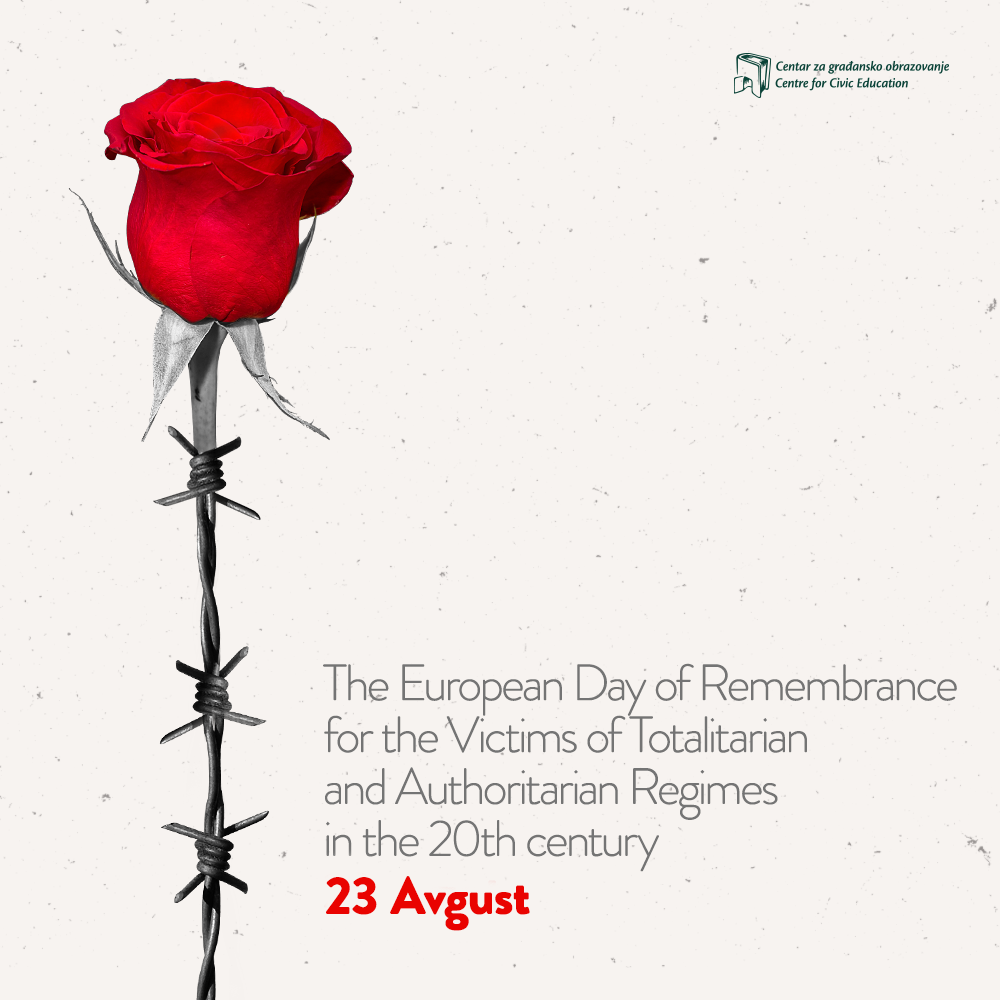 The Parliament of Montenegro adopted the 2006 Resolution of the Parliamentary Assembly of the Council of Europe on international condemnation of crimes of totalitarian communist orders and the Resolution on removal of legacy of former communist totalitarian systems. However, the day of remembrance of these victims has not yet been established, and thus Montenegro disregarded also the explicit recommendations of the European Parliament that each country should determine time and manner of marking remembrance of victims of totalitarian regimes and adjust it to its own history and tradition thus continuing victimization of victims of totalitarian regime, which in most cases were innocent citizens of Montenegro.

CCE uses every opportunity to point out to decision-makers the importance of marking the day of remembrance as a contribution to building a culture of remembrance and dealing with the past but also paying tribute to the victims.