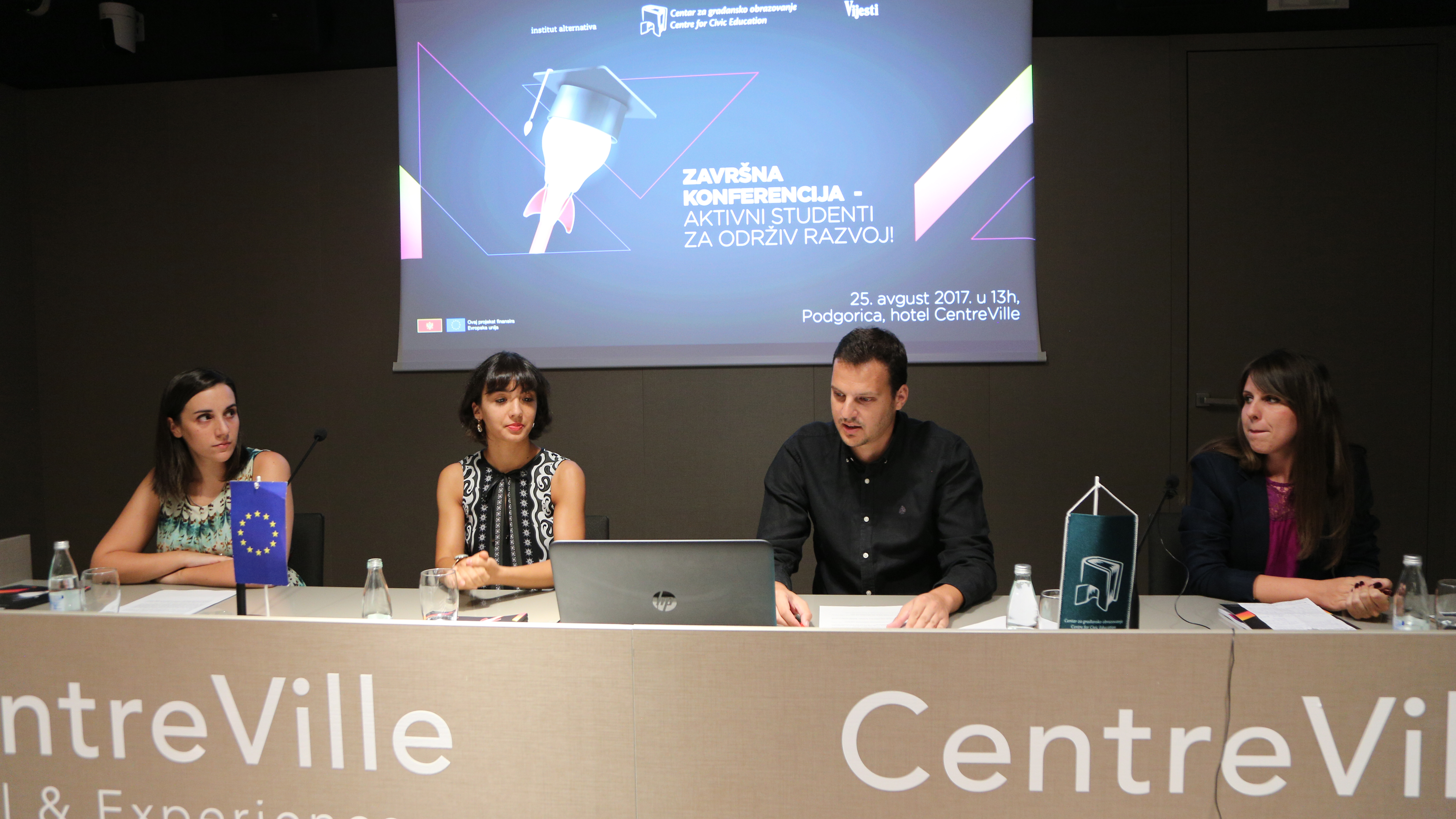 “This programme included study visits to partner organizations and companies, project partners, workshops on independent media reporting and the basics of public policies, with professional mentorship and practice at the Institute Alternative and the portal Vijesti for a month,” Nikočević explained.

He pointed out that results of practical work of students are articles, reports and documents related to public policies, which, as he believes, will provide these students of the Faculty of Political Science a good basis and incentive for later professional development and easier adaptation to conditions of the labour market.

“The project offered an innovative approach that can be considered as a proposal to the Government, in which manner it should position itself in relation to increasing number of unemployed university students,” said Nikočević.

Two of ten participants, as he clarified, began work engagement at the Institute Alternative and the portal Vijesti (Daily Press) after completion of practice.

“This is beyond all predicted results and undoubtedly proves a special quality of the project “Active students for sustainable development”, emphasized Nikočević.

Project assistant from the IA, Milica Ražnatović, said that students who were interns in that organization were able to see how it is to work in a research centre that deals with public policies.

“Students were able to see the challenges that we face every day and the manner in which we are overcoming them, how we collect data that ultimately bring us to conclusions and how we present these conclusions to the general public”, said Ražnatović.

As she explained, during the course, students had the opportunity to send requests for free access to information, to analyze comparative practices in countries of the region, as well as to conduct in-depth interviews with state administration officials.

Project assistant from company Daily Press – Vijesti Sanja Bracanović, said that students during the one-month practice were introduced to rules and techniques of journalistic reporting and the manner in which the newspapers redaction and the portal Vijesti are functioning.

“Interest and dedication of students was never questioned at any time. Students participated in various forms of journalistic engagement. This is evidenced by the fact that as a result, 24 authorial works came out which complemented content of the portal Vijesti, of which ten were published”, Bracanović said.

As she pointed out, students were introduced to the rules and techniques of live reporting on the platform of portal Vijesti, “and they had the opportunity to report on the actual event themselves – a protest of mothers with three and more children.”

Programme manager of the Directorate for Financing and Contracting of EU Assistance Funds (CFCU) in the Ministry of Finance, Iva Vujović, said that the project “Active students for sustainable development” was the first implemented project under the grand scheme “Transfer of knowledge between the higher education, science and industry sectors “, of Ministry of Science, out of a total of 14 grant contracts that were awarded.