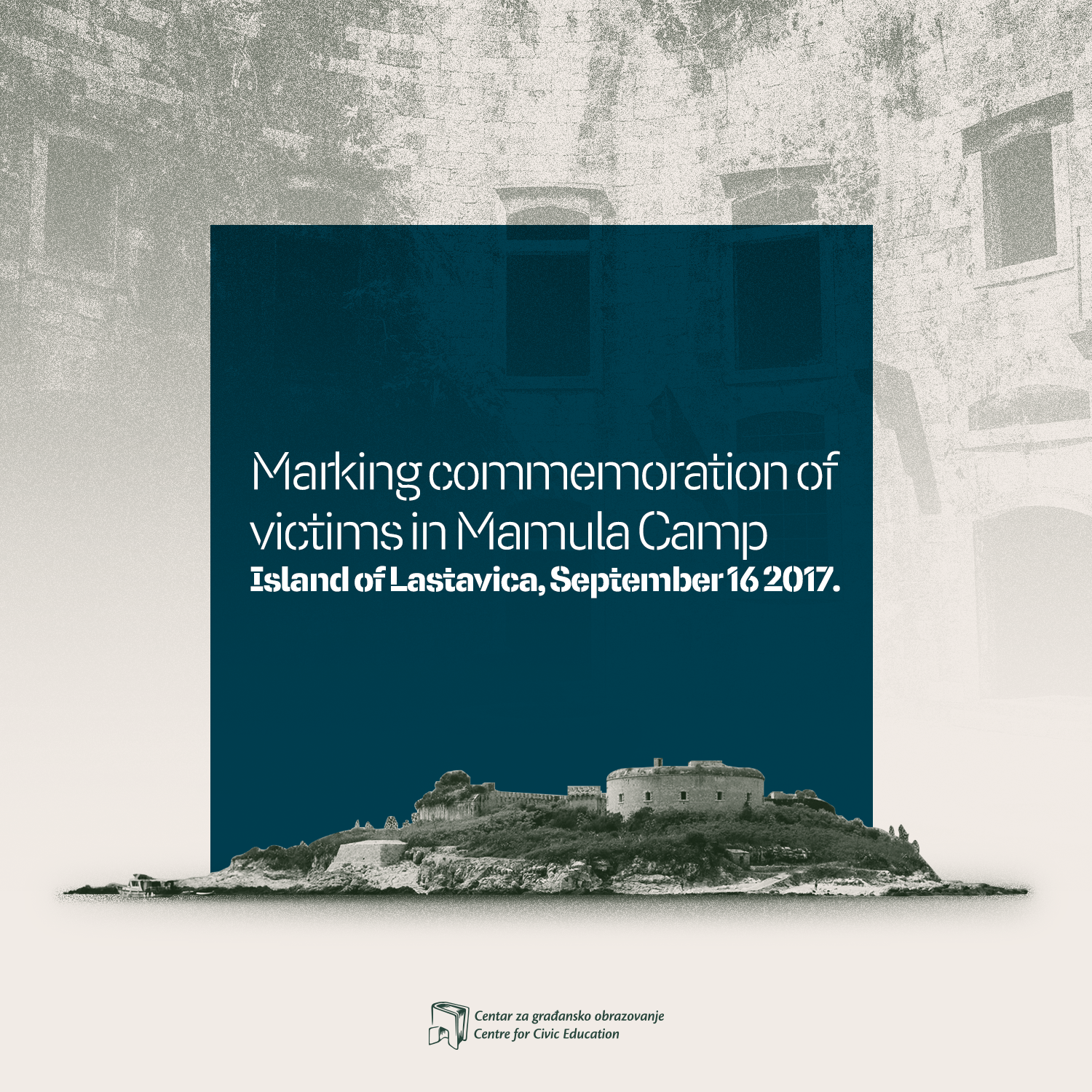 CCE has advocated for establishment of the Memorial Centre at Mamula, in order to make this site part of educational system and a special offer of educational tourism. This would encourage development of a culture of human rights in Montenegro, but also enable tourists from other countries to learn about history and antifascist struggle of inhabitants of this area.

Unfortunately, Government has chosen to ignore victims of repression by demonstrating that there is no awareness in the highest political structures of importance of protecting historically important sites, even when the same are symbol of suffering and antifascist struggle of our citizens. Among them, there are survivors even today who can testify about torture they have undergone in a place that is to be turned into a luxury and entertainment space. This attitude of authorities towards the antifascist heritage is neither a feature of a mature society nor its forbearance, thus neither a functional rule of law that is important also for safety of foreign investments.

Fortress on the island of Lastavica, known as Mamula, was built in the 19 century, and the camp was disbanded after capitulation of Italy on 14 September, 1943, 74 years ago. Anti-fascists, prisoners of war and civilians from Montenegro, Eastern Herzegovina and Croatia, mainly from southern Dalmatia, were imprisoned there. The first group imprisoned on Mamula were 56 women and children from Gornji Morinj, whose village was burned down on 20 March, 1942 and many of its inhabitants were murdered. Residents from Pobori, above Budva, wherein 104 women, children and elderly people were brought to Mamulu, met a similar fate.

Ivo Marković from Pobori near Budva, who was imprisoned at Mamula with his brothers, sister and her children, shared his experience in a CCE interview of the conditions in which civilian prisoners were starving, falling sick and dying. “Conditions in the camp were desperate… There were thirty people in those little catacombs. We were lying down like sardines, sorted out on those icy, stone slabs, several families per each. We were quite numerous, although a lot were tiny women and children tormented by starvation… There were no windows in the prison, but some bars, so when the southern wind hit with little gusts, it was bringing the rain inside. There was great water and the humidity was terrible. We had one toilet, so we went there but there was no water in that toilet nor was it washed, only sometimes with that bucket…. We could not maintain hygiene, there was no bathing area, so lice appeared as well as typhus…”

In honor of this place and victims, the story of Mamula Camp was presented by CCE at the recently held Sarajevo Film Festival (SFF), in the panel within True Stories Market, as a potential material that could be memorialized by some film realization.