On the occasion of July 11, the Srebrenica Genocide Memorial Day, the regional Coalition for RECOM pays tribute to the victims and calls for acceptance of the facts about the genocide determined in court and published in numerous judgements of the International Criminal Tribunal for the former Yugoslavia (ICTY), as well as in judgements by the Court of Bosnia and Herzegovina. 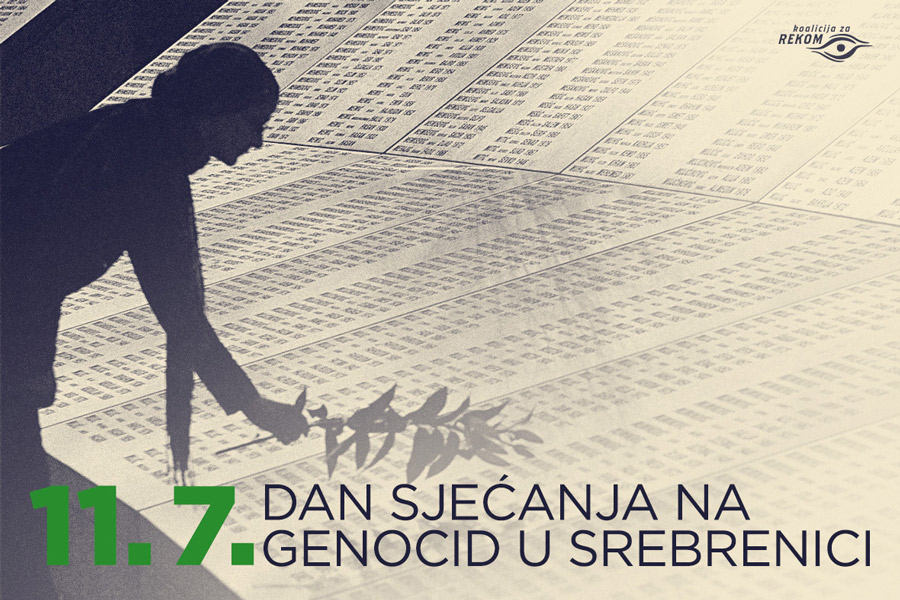 Between July 11 and 19, 1995, the biggest war crime in Europe since the end of the Second World War took place in Srebrenica. Members of the Army of Republika Srpska killed almost 8,000 Bosnian Muslim in a matter of days and displaced over 40,000 women, children, and elderly people. Genocide is the only real name for this crime, as follows from the ICTY judgments.

After the fall of Srebrenica, more than 7,900 people went missing. To this day, 6,938 people of the ones killed in Srebrenica have been identified. Their remains were found in over 430 different locations, 95 of which were tombs.

The Coalition for RECOM is a network of non-governmental organisations from the former Yugoslav countries who strongly promote the Initiative for RECOM – The Regional Commission tasked with establishing the facts about all victims of war crimes and other serious human rights violations committed on the territory of the former Yugoslavia in the period from January 1, 1991 to December 31, 2001.