With amendments to electoral legislation and the introduction of open lists, MPs and councilors would be more accountable to citizens, and change of power requires specific proposal of the opposition concerning social issues.

This was stated at the panel discussion ’Democracy and political parties: to whom are responsible councilors – citizens or parties??’, organized by the Centre for Civic Education (CCE) and the NGO Active zone from Cetinje last night, as joint activity of the Coalition for Transparency and Fight against Corruption at the Local Level (KUM) and Democracy School. 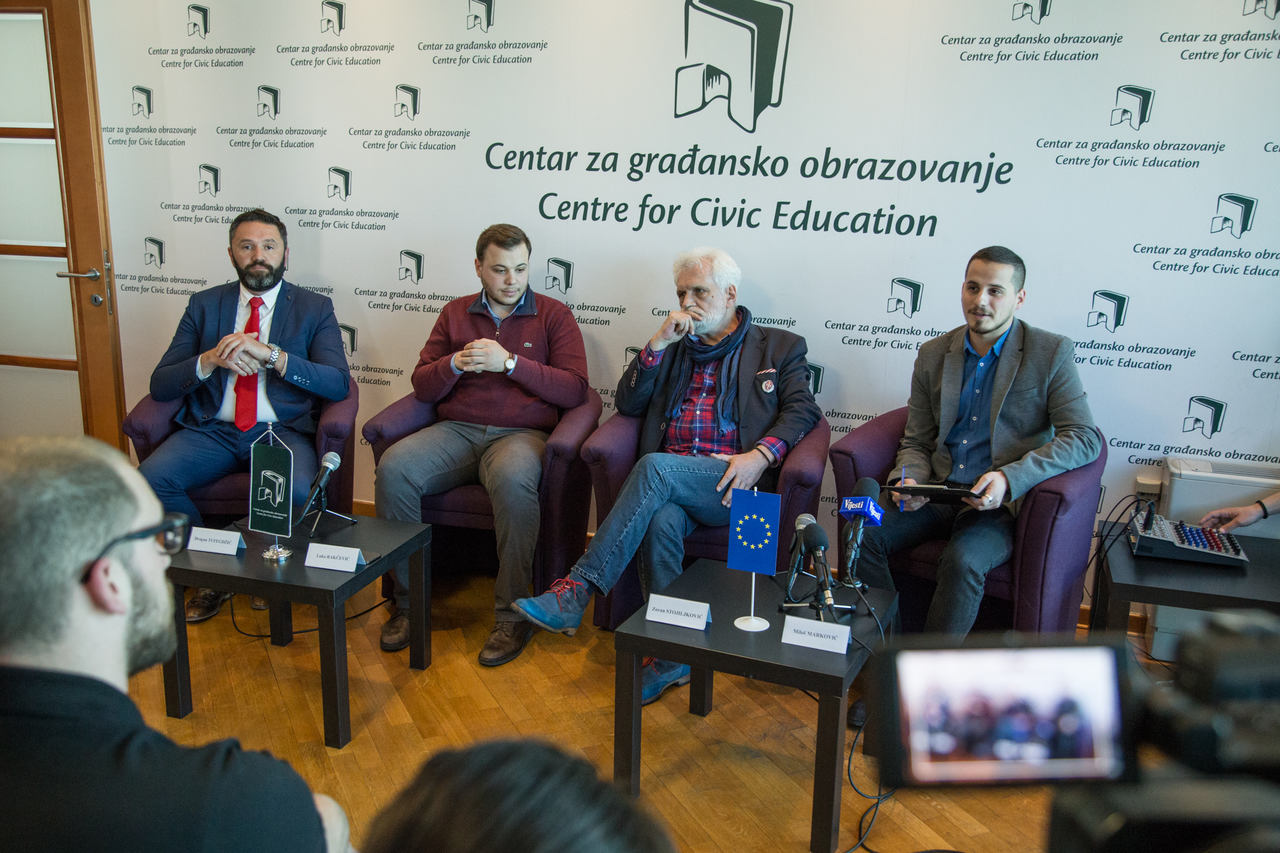 Councillor of URA in the Capital City Assembly, Luka Rakcevic, underlined that the actualization of local problems in all municipalities would contribute to the transformation of overall political activity in Montenegro.

’We all talk about big, abstract topics that the average citizen does not feel as close to them. When you talk about GDP, or something perhaps even more fundamentaly important, it not so close to citizen. If you say that building will be built in front of his building, and that he will suffer direct damage of such wrong policy, he will be much easier to be mobilized against such actions’, said Rakcevic.

According to his opinion, amendments to electoral legislation and introduction of open lists boost greater accountability of councilors and MPs towards citizens, because they would be directly responsible to citizens, not to their parties.

He recalled that so far there were no elections on which citizens could directly decide about leadership of local communities, and these leadership furtheron decide on key life issues, which is, as he assessed, the reason of losing trust into system.

’In Podgorica, there are 61 local communities that do not function. Since 1995 the mayor has discretionary right to appoint presidents of local communities. Therefore, citizens do not have too much faith into democratic system,’ noted Rakcevic.

Rakcevic emphasized that the civic movement URA promotes the concept of action at the local level which aims to increase citizens’ involvement, and that they have mostly dealt with urban planning issues and communal problems.

Councillor of Democrats in the Municipal Assembly of Bar, Dragan Tufegdzic, assessed that the problem of engaging citizens into decision-making process is their apathy.

’Because of those who have been in power for so long, citizens consider politics as dirty profession, and politicians as those who only care about their own interests. Citizens have the impression that they can not do anything for their city. It is difficult to motivate citizens to deal with politics because they have lost the feeling that all power is in their hands’, said Tufegdzic.

He referred to the recent and successful example of civic activism in Bar, when the construction of a kindergarten in an unauthorized location was prevented, saying that it is necessary for citizens to be aware of the importance of their own action at the local level. He also indicated corruptive links that are often behind projects jeopardizing public interest at the local level, using exactly the example of planning of location for the construction of kindergarten in Bar.

According to his opinion, fundamental social changes require change of government.

’We are pre-political society and without the change of government we can not build healthy foundation. It is necessary to educate citizens so that they do not consider the elites untouchable, but to see that they are those who hold power in their hands, and that politicians should be accountable to them. Politicians need to fulfill their promises or to submit bills at the end of the mandate’, told Tufegdzic.

Professor at the Faculty of Political Sciences at the University of Belgrade, Zoran Stoiljkovic, took position that political parties are creating clientelist schemes that are quite inaccessible to citizens.

’If the parties are undemocratic, hierarchically organized, authoritarian and serve the dictatorship of leader, they can hardly contribute to the organization of democracy in society. It just means that, when you have a party system and when a choice is imposed, you choose between several parts that are inherently undemocratic’, said Stoiljkovic.

He clarified that in order to remove the government, specific proposal of the opposition for key social issues is indispensable.

’If they want citizens’ support, it is necessary that the opposition is credible, that it established procedures and different leadership of the political life in Montenegro. Before every election, they should demonstrate their vision of Montenegro which is acceptable to the majority of citizens and how they will respond to the key functions in the country,’ Stoiljkovic emphasized.

He said that true democracy is reflected in the political structure that accepts the initiatives of society, and that in formulation of new political frameworks it is necessary to take into account the needs of citizens.

’Something has to be changed in the system, as well as in the logic of creating and adopting public policies, in order to strengthen citizens and civic associations. It is necessary to keep considering when something is formulated whether it is useful and profitable, how many voters are interested in it’, said Stoiljkovic.

The panel discussion gathered about 50 participants and was followed by dynamic discussion.