Tonight in Podgorica, in the premises of the Centre for Civic Education (CCE), diplomas were awarded to participants of the XXVIII generation of the Democracy School, a school for the study of democracy from theory to practice, organized by the CCE in partnership with the Friedrich Ebert Stiftung. Participants of the Democracy School who successfully completed this educational program received diplomas from the CCE Executive director, Daliborka Uljarević. 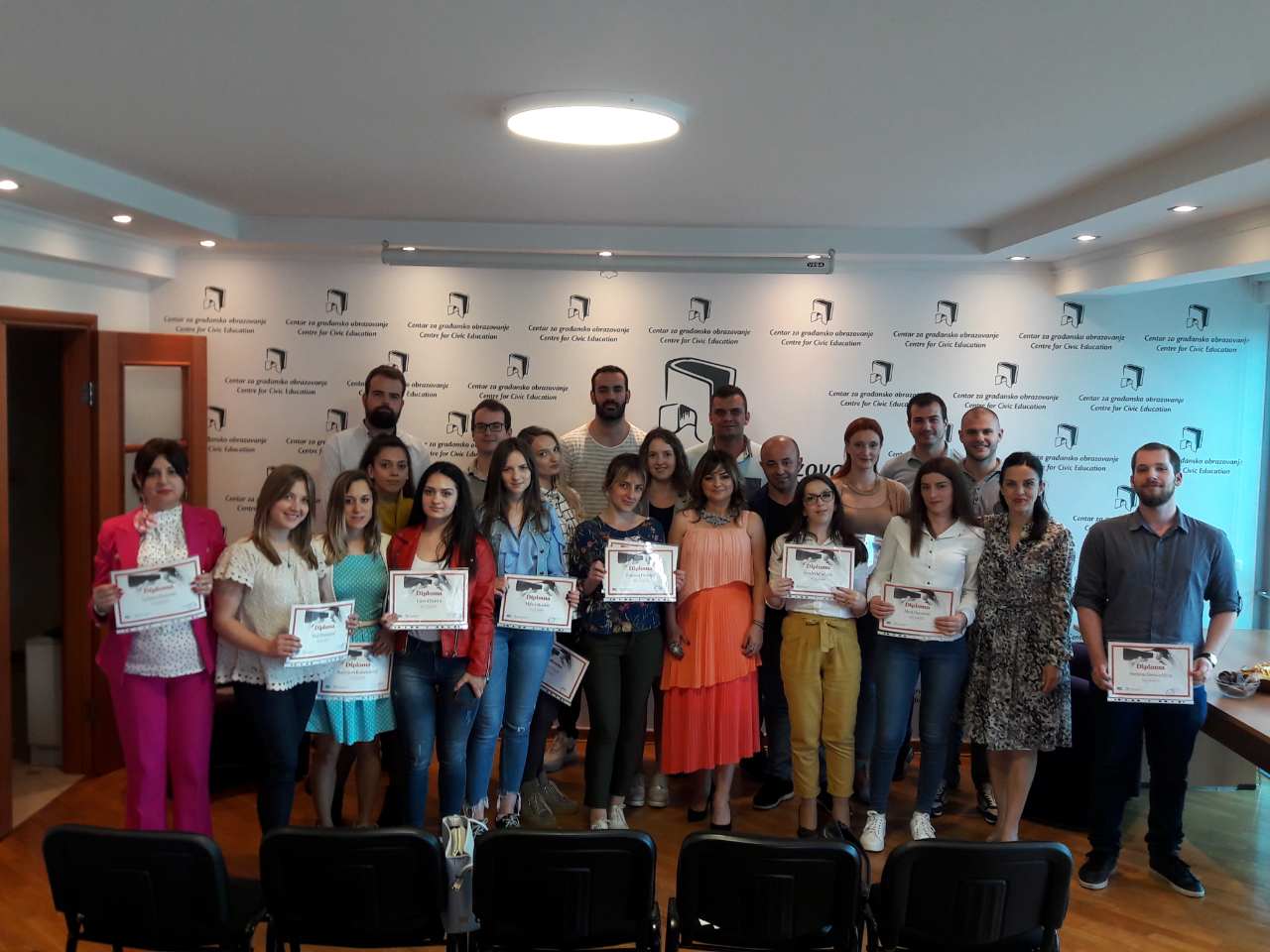 On that occasion, Uljarević stated that “the necessary changes in Montenegrin society require capacity building of all sectors, especially in the areas of democratization and Europeanization“. She assessed that “there is a lot of inconsistent knowledge that does not contribute to building a democratic political culture. The CCE’s motto is ‘Democracy is learned’, and I think that we should all be constantly reminded of it. ”

The Democracy School is committed to understanding the idea of democracy and the way that idea is applied. The renewed  programme of the XXVIII generation of the Democracy School was organized through 20 sessions which included addressing of the concept of democracy, leadership, populism, rule of law, manner of functioning of authorities in accordance with democratic principles, position and role of non-governmental organizations, trade unions, media, political parties, academic and cultural communities in the democratic formation of society, then the significance of political participation of women, elections and confidence building into electoral process, as well as the relation between democracy and modern media, influence of public opinion, with focus on the process of Europeanisation, establishment of political memory, culture of human rights, and democratic political culture.

The lecturers of the Democracy School of Democracy were as follows: prof. dr Radovan Radonjić, member of the academy of science,  Vladimir Raičević, CeO of Ipsos Strategic Marketing Montenegro agency, prof. dr Vladimir Pavićević, president of the Society for Policy Research and Political Theory and president of political partu Montenegrin, Andro Martinović, director and CeO of the Montenegrin Cinematheque, Siniša Gazivoda, lawyer, Daliborka Uljarević, CCE executive director, prof. dr Zoran Stoiljković, professor at the Faculty of Political Sciences of the University of Belgrade, Luka Rakčević, councilor of URA in the Assembly of the Capital City, Dragan Tufegdžić, councilor of Democrats in the Municipal Assembly of Bar, Petar Komnenić, Reuters correspondent and author of TV show on TV Vijesti, prof. dr Žarko Puhovski, civil activist and former professor at the Faculty of Philosophy of the University of Zagreb, Dr. Max Brändle, director of the Regional Office of the Friedrich Ebert Foundation, Maja Raičević, executive director of the Center for Women’s Rights, Srđa Keković – Secretary General of the Union of Free Trade Unions of Montenegro, Miloš Vuković, executive director of the Institute for Business and Financial Literacy, Duško Vuković, president of the Media Center Assembly and Miloš Vukanović, historian.