Centre for Civic Education (CCE) today presented the results of the first phase of media monitoring of reporting on LGBTIQ rights in the media before, during and immediately after the Pride Parade held on 21 September 2019, within the framework of NO to Discrimination, YES to Diversity! project. 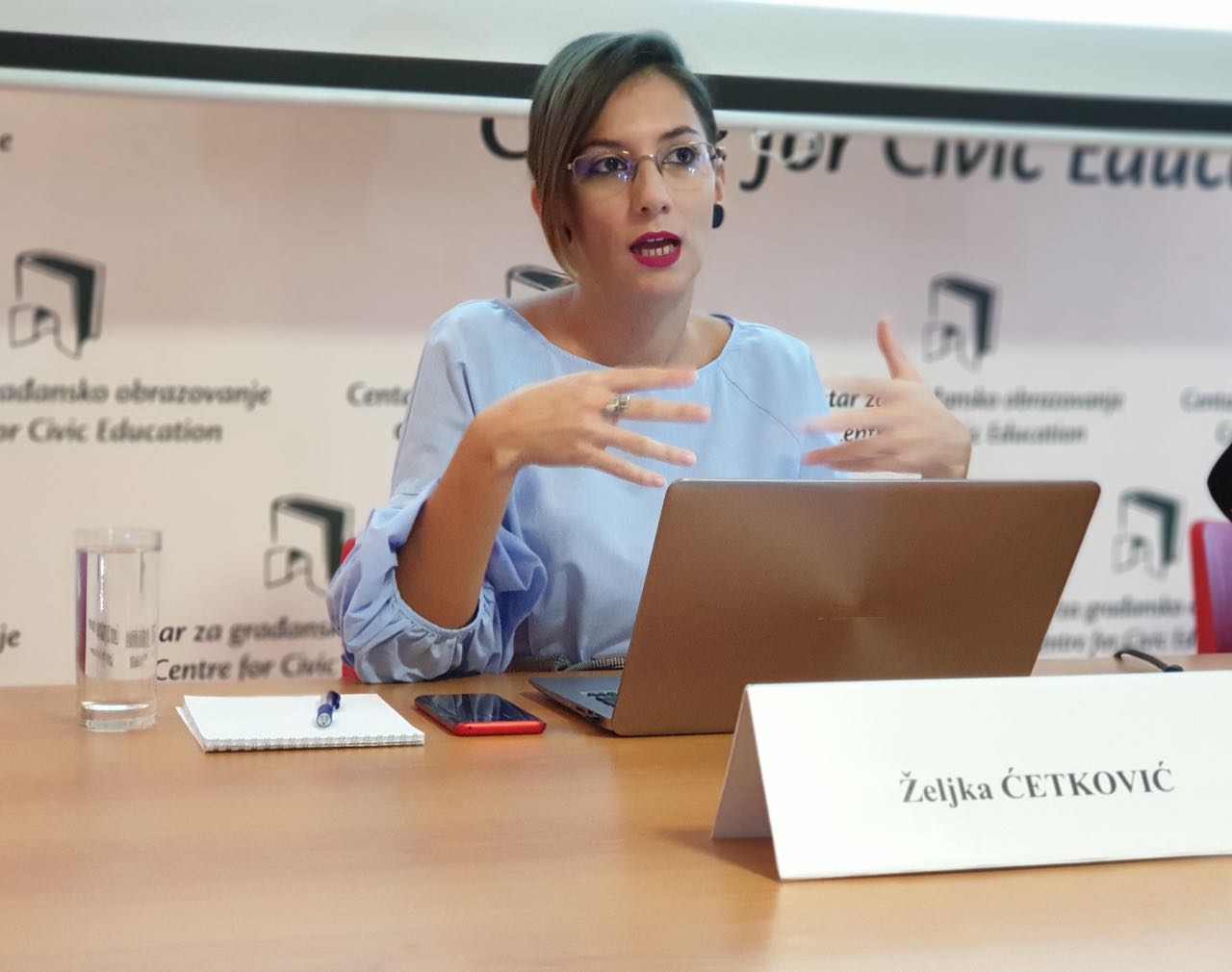 Assesing the trend of announcements, media reported the most on this topic on 20 and 21 September 2019, exactly on the day before and during the Pride Parade, and the least on the first monitoring day (21 August). This topic also gained significant publicity on 31 August, when the attack on a transgender person in Kolašin occurred.

Furthermore, Ćetković explained that “the most of the positive announcements were on Antena M and Vijesti portals, whereas the most negative announcements were IN4S portal. Viewed individually per media, the highest percentage of negative in relation to the total number of published announcements was found on IN4S portal (67%), positive at the the public broadcaster RTCG (62%), and neutral in daily paper Vijesti (76.47%). The television content did not include the presence of negative publicity, but all three observed televisions reported mostly positively on this topic”. 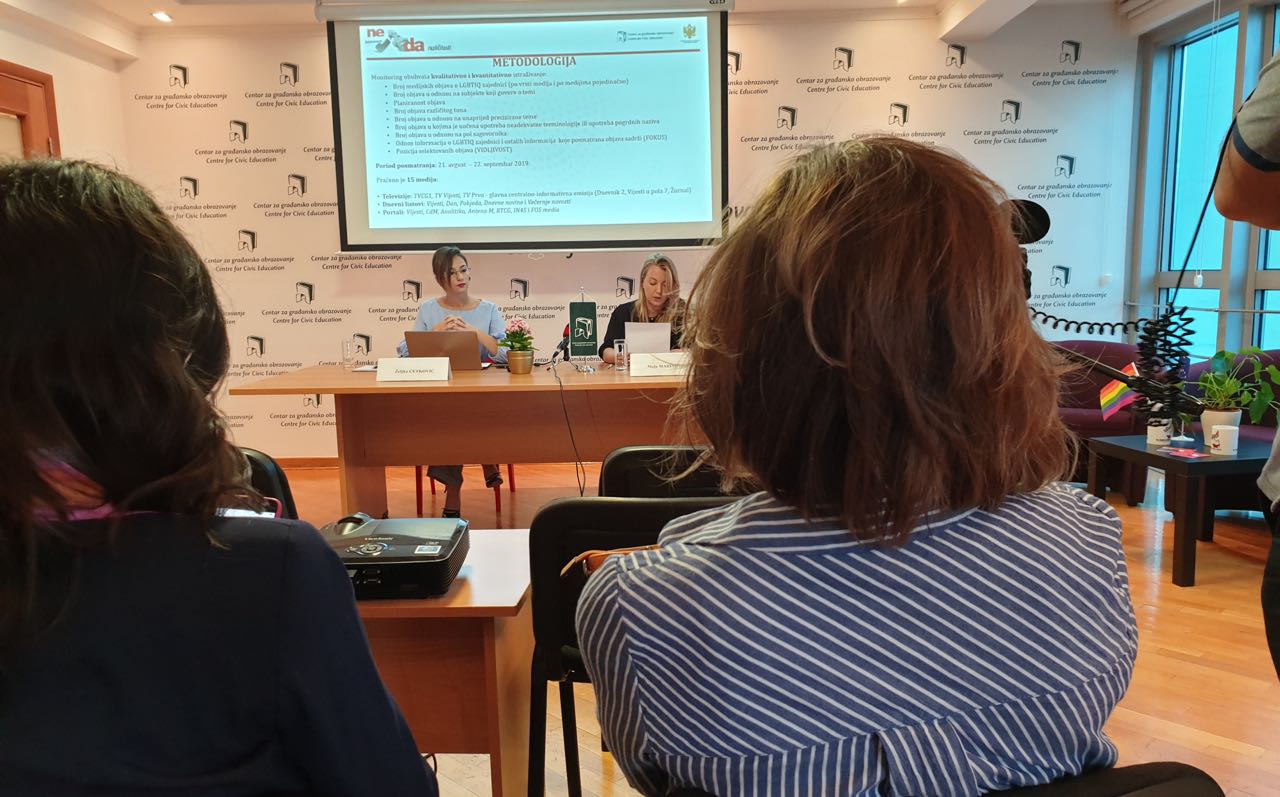 The members of the LGBTIQ community were mostly mentioned by non-governmental organizations primarily dealing with the issues of importance for this community (109 announcements), followed by state bodies and institutions (51 announcements), and the individuals (45 announcements).

“In the negative context, the topic was mostly discussed by individuals and members of certain political parties. The position of state bodies and other state institutions, as well as local self-government, is dominated by neutral mentions. In unplanned mentions of the LGBTIQ community, men appeared as interviewees in 74% and women in 24% of announcements”, Ćetković said. She further stated that “when it comes to observing the thematic framework of promotional activities (Pride Parade and other events), as well as specific cases of violence, they represent the most represented topics in the total thematic corpus with 41%, i,e. 27% share. Other important topics for the LGBTIQ community, such as the legal framework, employment and the like, were hardly discussed”.

When the media reports on the LGBTIQ community, those topics then in most cases appear as primary and visible positioned.

“In 7 announcements, the use of inadequate terminology or derogatory names was noted, most of which were on the IN4S portal and in Večernje Novosti,” Ćetković concluded.