Centre for Civic Education (CCE) organized from 9 to 13 October 2019 a five-day long workshop on filmmaking and media in the field of human rights. The workshop is part of the project FAST FORWARD Travelling Film factory which gathered elementary school pupils aged 11 to 15.

The workshop had five modules: recording techniques, an introduction to film industry, practice of the documentary editing, basic principles of directing and dramaturgy, and relation between human rights and film. With combination of lectures and practical work, pupils had the opportunity to become acquainted with the concept of human rights through the film perspective as powerful medium for communicating numerous issues, but also to develop their creative skills. Prominent Montenegrin directors, Andro Martinovic and Nemanja Becanovic, worked with them.

“Working with children is very inspiring and interesting experience for someone who mainly works with students. The manner they perceive things and acquire new knowledge about film indicates how children are actually eager to get acquainted with the media they love and have been “spending time with” since early childhood. This vivacious and interactive work with the elementary school pupils gave me direct insight into their divergent and creative thinking, that potential that evidently all children have, and to which, unfortunately, educational system leaves little space,” claimed Nemanja Becanovic after the five-day long workshop.

“Workshops like this are necessary for children to perceive film as art. While they encounter literature, music and painting during their education, it is necessary for them to develop the awareness that film is represents important creative discourse as other arts as well. The particular significance of this workshop is that children are quickly becoming aware that film is not just a mere entertainment, but also responsible and engaged social activity that is accessible and addresses the widest possible audience,” concluded Becanovic. 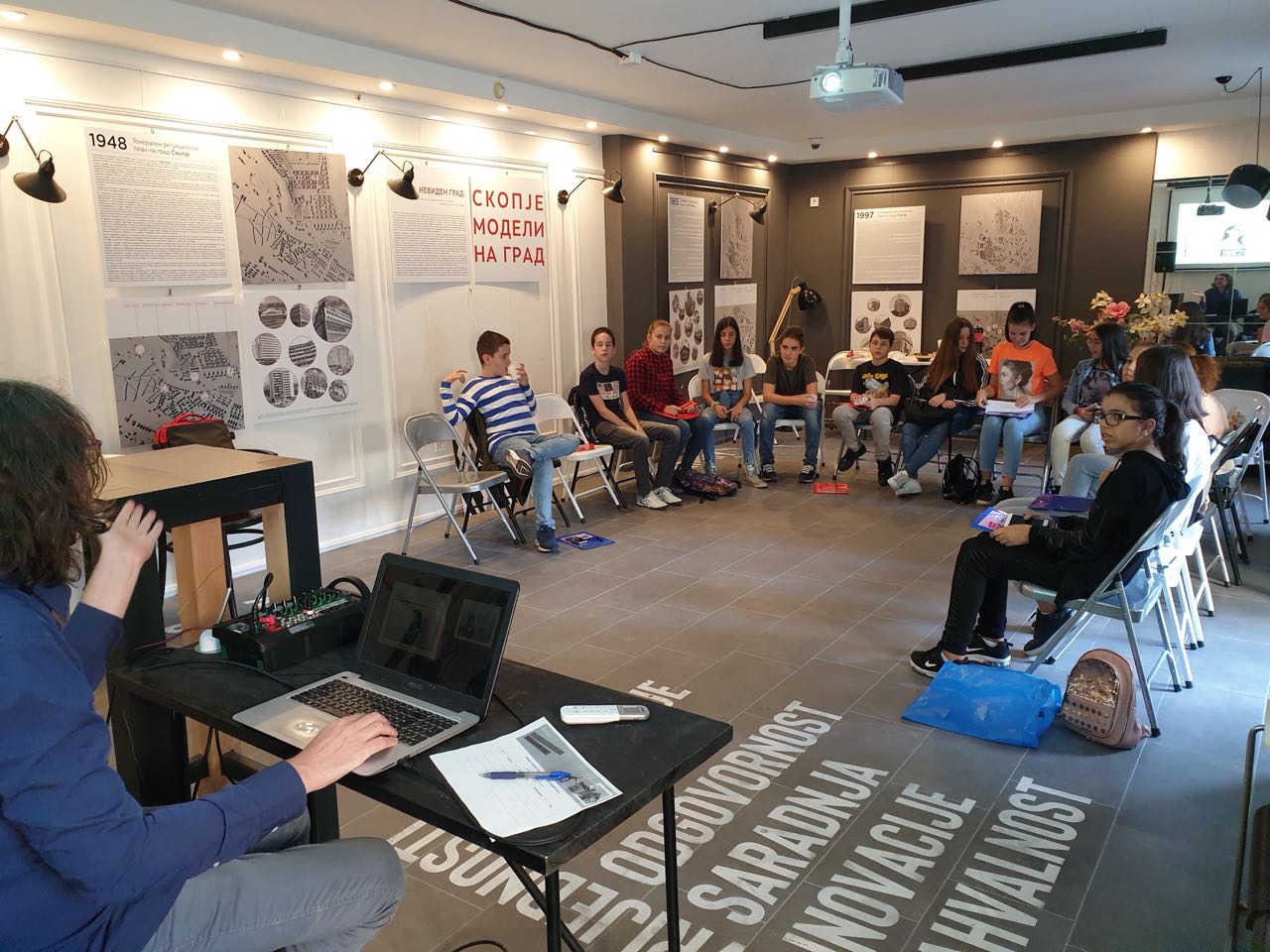 Fedja (11 years old), pupil of elementary school “Maksim Gorki”, says that the workshop was very interesting to him because he learned many new things. “I learned what the camera angle is, how to record frames, etc. I could shoot one scene myself now. We also watched various films that were very amusing, from the silent movie starring Charlie Chaplin to “The Chicken Farm”, which received over 50 awards. The lecturers were great … “, he explains.

Katarina (14 years old), pupil of elementary school ‘’Sutjeska’’, thinks that the workshop was excellent, but lasted too short. “We needed more time for the practical part. It was great that we watched and learned from different films, but we missed having more time for us to practice and work ourselves. I have learned a lot and I have already recommended this programme to my friends from school because it is excellent,” says Katarina. 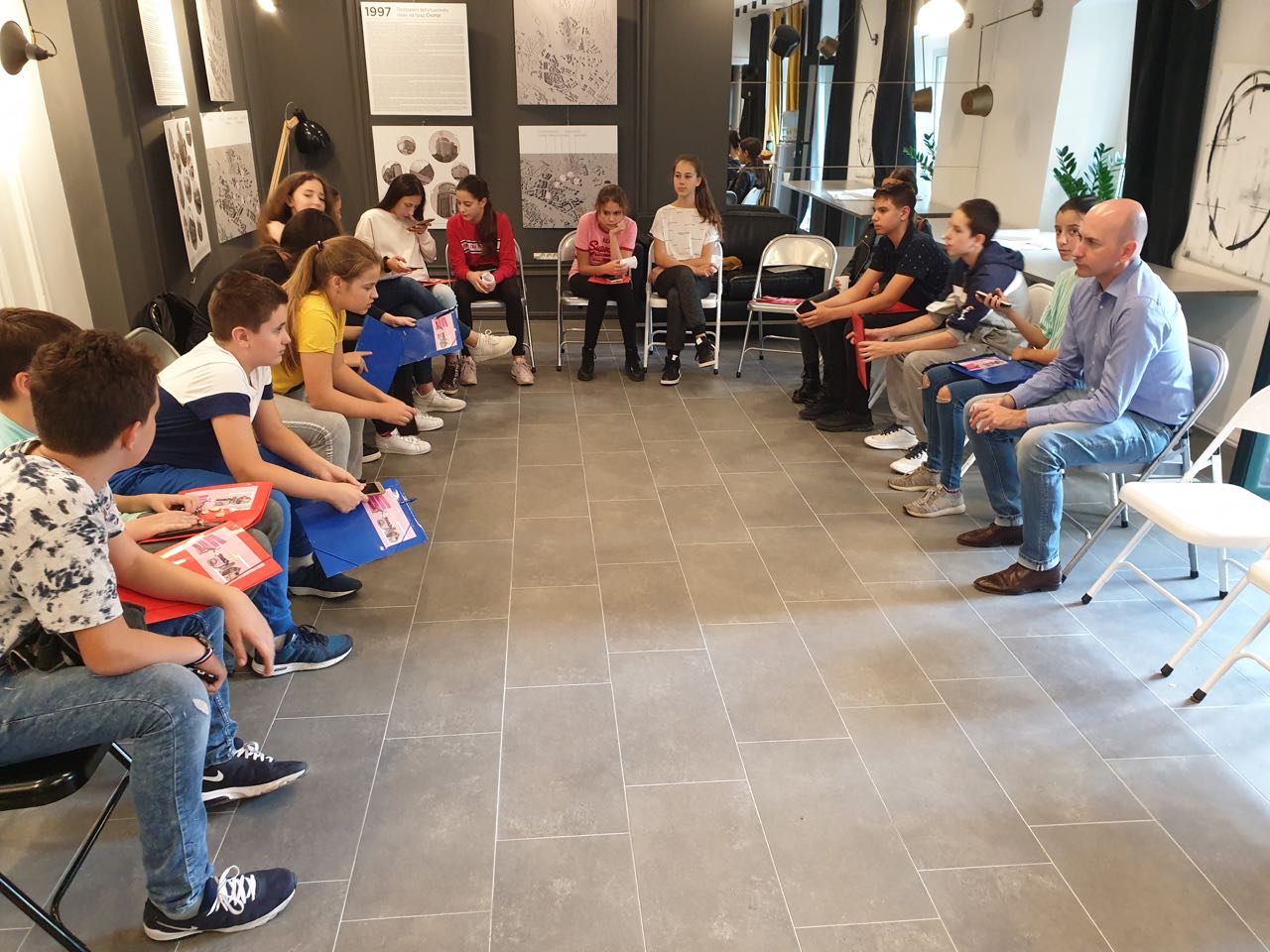 Considering excellent reactions of the elementary school pupils and their great interest, the CCE will strive to organize similar programmes in the coming period, due to the fact that these contribute to the general strengthening of the human rights culture in Montenegro and media and film literacy of an important group that rarely has the opportunity to participate in such workshops.

The project is supported by the Ministry of Education of the Government of Montenegro.