The second day of the FAST FORWARD Festival 2019 brings five films: Our Mothers by Cesar Diaz, Edna by Macedonian director Vuk Mitevski, Night Session by Petra Tomadze, What a country! by Vinko Bresan and Cold Case Hammarskjöld by Mads Brugger. 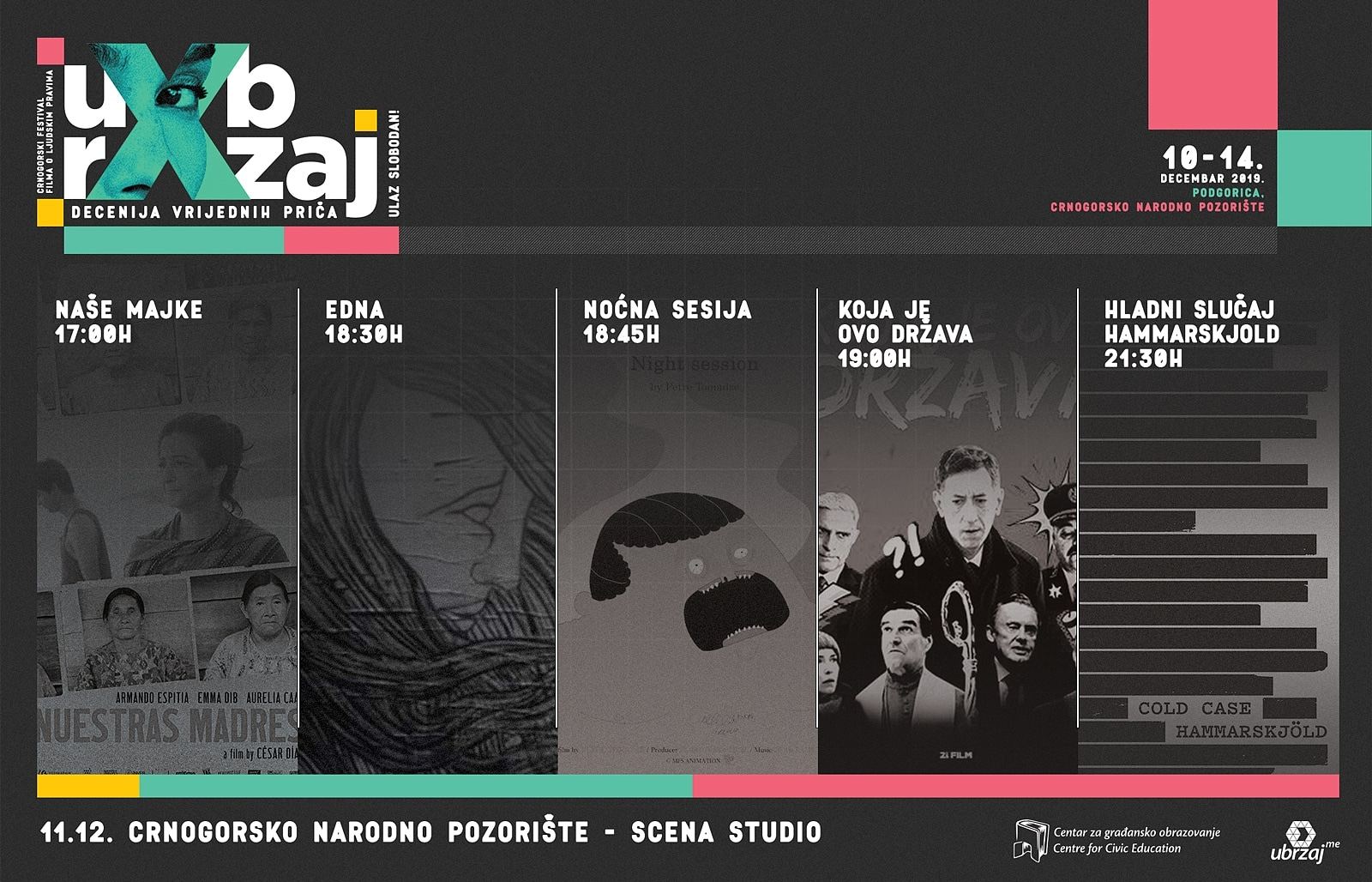 In addition to the screenings of the aforementioned films, as part of the second day of the Festival, a photo exhibition “Behind the Seven Camps: From Crimes of Culture to Culture of Crime” by Hrvoje Polan will be opened at 16h00 at the Montenegro National Theatre. The exhibition will be opened by Natasa Govedarica, Programme director of the ForumZfD office in Belgrade and Milos Vukanovic, historian and advisor at the Centre for Civic Education.

The second day of the FAST FORWARD Festival starts at 17h00 with the screening of the film Our Mothers, this year’s Belgian Oscar nominee. The film deals with the aftermath of a long-running civil war in Guatemala that resulted in the ethnic cleansing of Indigenous peoples. The year is 2018 and the whole country is preoccupied with the trials of former Civil War commanders, with victim statements coming from all sides. Ernesto is a young forensic anthropologist whose job it is to identify the bodies of the dead. One day, in the story of an old witness, he notices a clue that might lead him to the father of a guerrilla who disappeared in the war.

At 19h00, there is screening of film What a Country! by Vinko Bresan, one of the most popular theatre and film directors in Croatia. The film consists of three stories whose structure and interconnections we discover throughout the film. The main characters are a general who feels a strong desire to commit suicide, disappointed in what Croatia has become, a minister in the Government of the Republic of Croatia who, without a court verdict, imprisons himself in a cell because assessing that his place is there, as well as a group of parents of different nationalities (Croats, Serbs and Bosniaks) who, by excavating dead presidents of the Republic of Croatia and the Republic of Serbia, want to force the governments of these countries to finally find their children who disappeared during the war.

Then, two short films, Edna and the Night Session, are on the programme.

The second day of the FAST FORWARD Festival ends with the screening of achievement “The Cold Case of Hammarskjold“ by Mads Brugger at 21:30 pm. The focus of the film is the event of the 1996, when United Nations secretary-general Dag Hammarskjöld’s plane mysteriously crashed, killing him and most of the crew. Through this mysterious and still unsolved case leads us the Danish journalist, director and provocateur Mads Brügger.

Also, tonight is the opening of the fifth jubilee edition of the FAST FORWARD Festival in Berane at the Cultural Centre Berane, starting at 19h00 with the screening of the film Diary of Diana B, by Dana Budisavljevic.