SENSE Transitional Justice Center, in cooperation with the Centre for Civic Education (CCE), has brought together 15 civil society organizations from Croatia, Bosnia and Herzegovina, Serbia, Montenegro and Kosovo to commemorate the 25th anniversary of the Srebrenica genocide by launching a campaign SREBRENICA 25: TOGETHER AGAINST THE DENIAL VIRUS  #VirusPoricanja #DenialVirus. 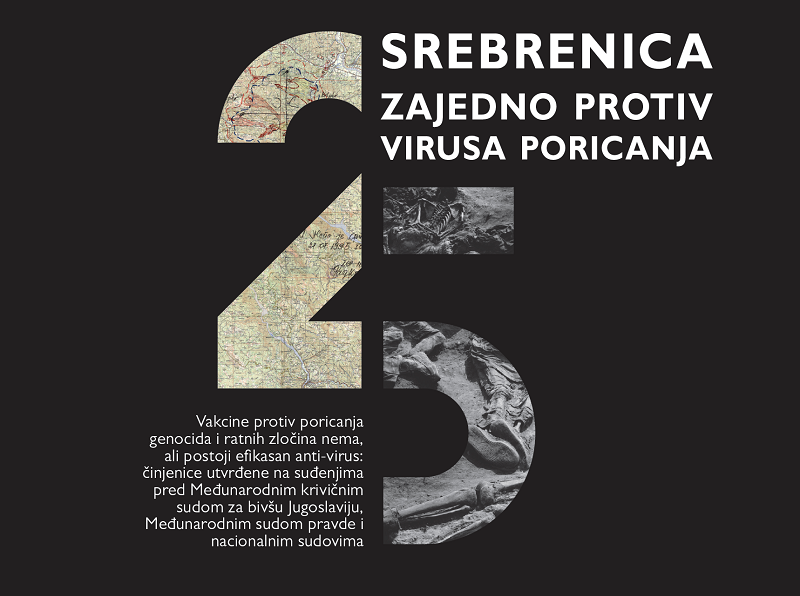 Campaign will be launched next week, on Tuesday, 7 July 2020 at 5 p.m. with the opening of the multimedia exhibition at the SENSE Center in Pula, it will be live streamed and last until 11 July, the 25th anniversary of the fall of Srebrenica. The exhibition which opens the campaign will be based on an internet narrative called ‘Genocide in Eight Acts’.

All materials that will be displayed during the campaign are part of a rich archive of the SENSE Transitional Justice Center, containing about 2000 reports of ‘Srebrenica trials’ before the International Criminal Tribunal for the Former Yugoslavia (ICTY), as well as 550 videos dedicated to Srebrenica, which describe in detail how the ICTY investigated, reconstructed and prosecuted the crimes committed in 1995 in Srebrenica.

This is the largest regional campaign of civil society organizations so far, with the aim of preventing the denial of war crimes committed during the 1990s in the former Yugoslavia. The official hashtag is #VirusDeclaration #DenialVirus.