Within the project FIT (Free, Independent, Transparent) for Democracy, which is supported by the Embassy of Canada, the Centre for Civic Education (CCE) today presented the preliminary results of the research Barometer of Democracy and the Rule of Law in Montenegro, which refers to public opinion. 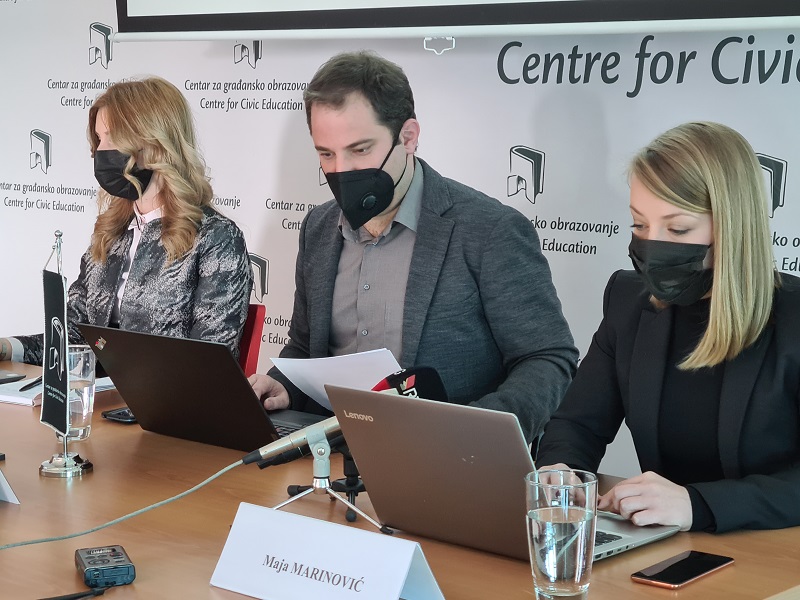 Tamara Milaš, Human Rights Programme Coordinator at the CCE, presenting the findings related to the judiciary, pointed out that “the majority of citizens in Montenegro believe that the judicial system does not guarantee equality, which is also reflected in the assessments of the judiciary and prosecution, and on a scale of 1 to 5, the judiciary got average mark 2.5 and the prosecution got 2.4, as well as in the majority conviction that courts and the prosecution are not independent and impartial.” She also claimed that slightly more than half of the respondents have never had experience with the judiciary, prosecution, bailiffs, notaries or lawyers, and those who had that experience were generally dissatisfied with the efficiency and professionalism of that system. “When it comes to respecting court decisions, the majority of citizens (60%) believe that court decisions are respected, except in cases when those decisions refer to certain institutions and powerful individuals. Also, 15% believe that only citizens respect court decisions, 9% that they are always respected, while 12% of citizens assess that court decisions are not respected at all “, she stated.

Maja Marinović, CCE programme associate, reflecting upon the fight against corruption, stated that “half of the citizens believe that corruption is still fully or mainly tolerated in Montenegro“, and that “health, politics, judiciary, state institutions stand out as the most corrupt sectors, while the private sector, education and non-governmental organizations are perceived as the least corrupt“. She also pointed  out that ”when it comes to anti-corruption practices, the citizens of Montenegro have the most trust in non-governmental organizations, followed by the police and the Agency for the Prevention of Corruption(APC), which is only at third place. The fact that one-fifth of the citizens do not trust any anti-corruption institution is also worrying.” She further clarified that “almost two-thirds of citizens believe that the APC does not make decisions impartially in cases of all public officials, and this is followed by the fact that 86% of citizens do not believe in the accuracy of the report on income and assets of public officials submitted to the APC”. 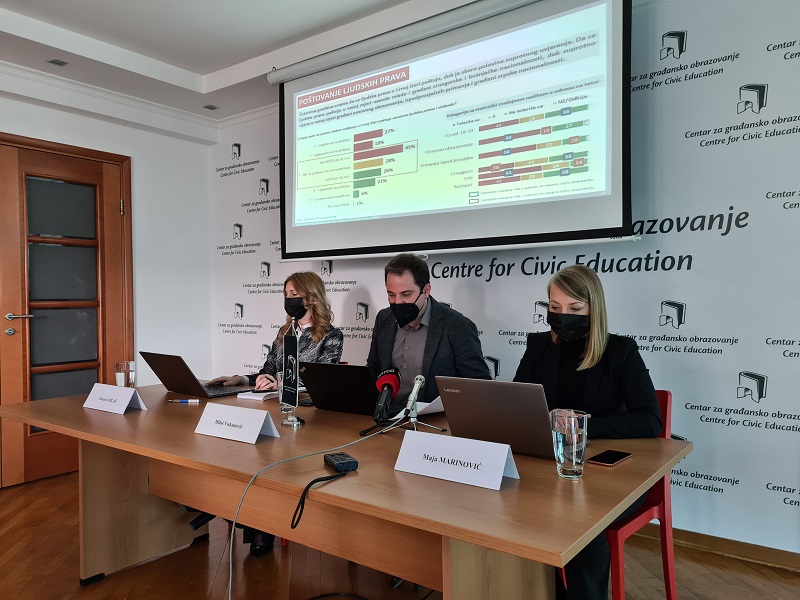 Miloš Vukanović, advisor at the CCE, presented the findings of the research concerning human rights. “In terms of respect for human rights, as many as 45% of citizens believe that they are not respected, and only a quarter have the opposite opinion. Discrimination is still widespread and 85% of respondents have such an attitude,” stated Vukanović. Findings indicate that the public is extremely divided on the issue of protecting the rights of minorities, thus,  half of the citizens (48%) believe that the rights of national minorities, LGBT persons, persons with disabilities, Roma and other minorities are protected, while almost the same number of citizens (46%) believe the opposite. “According to the majority of Montenegrin citizens, the conditions for free and fair elections in Montenegro do not exist. That is the attitude of 54% of citizens, while significantly less (39%) think the opposite“, he stated.

When it comes to civil society, the dominant opinion is that there are conditions for the development of NGOs in Montenegro, while NGO activities are most often related to the fight against corruption, followed by women’s rights, public policies, vulnerable categories, ecology, youth and education.

Assessing the media, more than half of the citizens think that the media are not professional and independent. “The public in Montenegro perceives the media as instruments of political parties and believes that they work for their interests. This position is advocated by 57% of respondents, while 20% believe that they are mostly guided by the interests of the owners, and only 7% believe that the media in Montenegro are primarily in  the service of the citizens themselves. The main objections to the work of the media are their bias reporting (47%), followed by superficiality (16%), poor quality of work (13%), sensationalism (6%) “, said Maja Marinović.

The research also encpassed several issues in the field of justice and security, where the main threats to Montenegro’s stability are economic instability, interethnic and interreligious conflicts, organized crime, the coronavirus pandemic and corruption, and then weak state institutions and aspirations of other countries.

“Trust in the security sector is moderate. Two-fifths of citizens consider that the police work professionally and responsibly, while half have the opposite opinion. The opinion on Montenegro’s National Security Agency (ANB) was also divided, with a note that a smaller number of citizens declared. Thus, while two-fifths of citizens believe that the ANB works in professional and responsible manner, and slightly less than half deny it, almost a fifth of citizens have not expressed their opinion. Assessing the professional capacities of the police and the ANB in ​​the fight against organized crime, 49% of respondents have a positive opinion, and 42% a negative one, “said Tamara Milaš.

Miloš Vukanović also presented findings on the expectations of citizens and the state of affairs within society, as well as attitudes towards foreign policy. “Citizens believe that the priorities of the new Government should be reducing unemployment, improving living standards and fighting corruption and crime. Besides, the majority of citizens believe that the practice of party employment has not been terminated by the new ruling majority,” he emphasized. 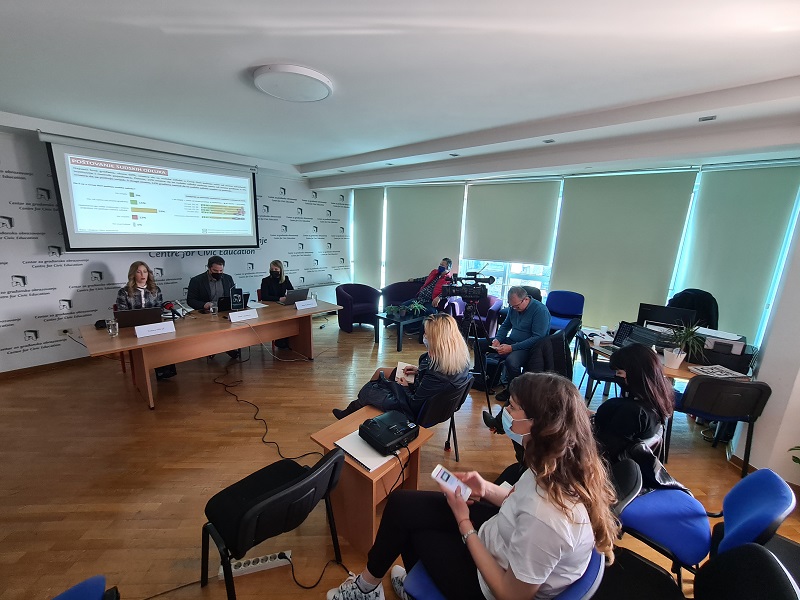 “If a referendum was held this week, 66% of citizens would support Montenegro’s accession to the EU, 11% would vote against, and 17% would not go to the polls. Highly educated citizens, citizens of Montenegro and especially citizens of Bosniak nationality show greater support for integration. On the other hand, a larger share of Eurosceptics is amongst citizens of Serbian nationality. The citizens of Montenegro still see the EU as the most important foreign policy partner, followed by Serbia, then the USA and Russia “, concludes Vukanović.

The expert and field part of the research is conducted by the agency Ipsos Strategic Marketing from 19 to 22 February 2021 on 718 adult respondents, with post-stratification that included indicators of gender, age, nationality, region, income and education.