On the occasion of the International Day Commemorating the Victims of Acts of Violence Based on Religion or Belief, the Centre for Civic Education (CCE) calls on decision-makers to primarily dedicate themselves to creating ambience for open and constructive dialogue on freedom of religion and beliefs of all citizens of Montenegro. This also includes a more energetic approach to suppressing extremist tendencies in Montenegrin society, predominantly through the continuation of work on the National Platform for suppressing violent extremism and radicalization. 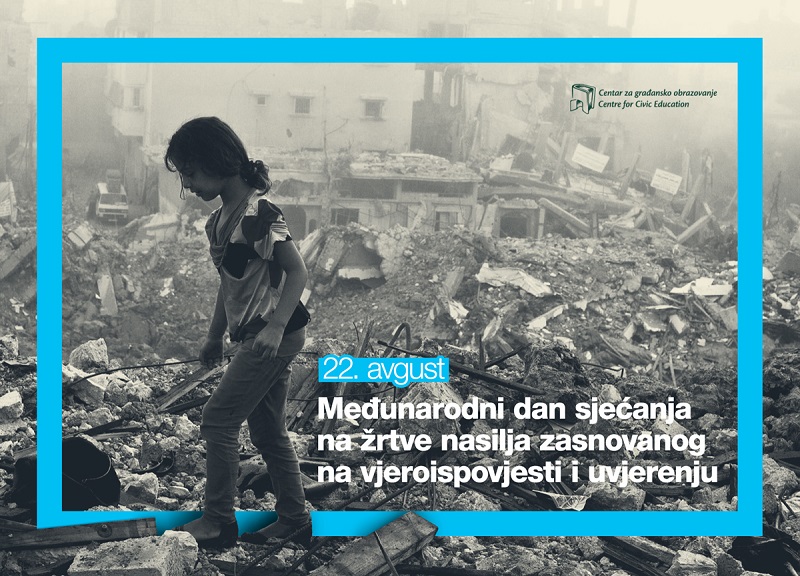 Political changes in the past year did not bring responds to numerous open issues, which with the chronical socio-political crisis intensified with the pandemic narrowed the space for comprehensive dialogue, especially in the area of identity issues. CCE considers that current tensions affecting society are serious and require an extremely responsible approach of all actors, as well as terminating retrograde narratives and destructive actions that cause damage to the civic concept of the state of Montenegro.

Therefore, in order to respect all religious beliefs, the CCE calls on the competent authorities to prevent potential discrimination by adhering to the rigid requirements of the traditional conception of religious beliefs, as well as to create a framework for effective legal protection of religion and beliefs of all citizens in accordance with European standards and best practices.

CCE urges political parties, but also the general public, to be aware of the fact that in modern society there is no space for giving priority to anyone’s convictions and beliefs in relation to the Constitution, guaranteed rights and scientific norms, but also social peace.