Montenegro’s road to the EU has been slowed by the lack of internal political dialogue, foreign interference and technocratic benchmarks, and the negotiation process is crucial, not only to get tick the box, but to prepare for what follows. The European story is too serious to be left to politicians, political discourse is manipulative in one sense, and this must be a genuine story, represent part of the emphasis from the panel “Montenegro, the region and the EU – are we Europeanizing?” organized by the Centre for Civic Education (CCE) within the conference “Decade of Montenegrin accession negotiations with the EU – how to get out from roundabout?”.

The President of the Montenegrin Pan-European Union, Dr Gordana ĐUROVIĆ, stated that when the process of European integration began, in October 2005, no one thought that it would now be said that Montenegro had no certainty when it would become a member state.

“I think that our accession story should be divided into three phases. The first five years went into opening, in the other five we stopped with closing and the slogan ‘quality before speed’ started. Nowadays,  there is no more speed, and it is not exactly some quality. So, the third phase is the open question – whether we can complete part of the process by the end of the year or we will become part of the regional caravan”, said Đurović. 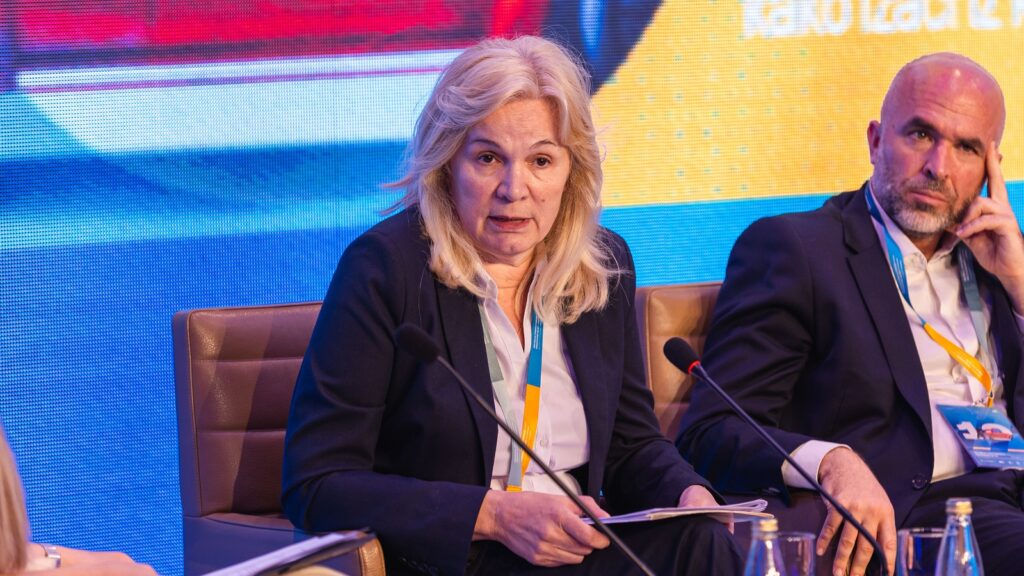 According to her, on the way to the EU, Montenegro was slowed down by the lack of internal political dialogue, and foreign interference, as also noted in the report of the European Commission, as well as technocratic benchmarks, which are quite neglected.

“We need to get out from roundabout by taking our responsibility, saying that we are mostly to be blamed for ten years without the certainty of membership, that we are the ones who need to say what needs to be done and that now the Government is gathering around the European agenda”, said Đurović.

Montenegro, as she pointed out, needs to prove that it is the only one that can join the EU earlier.

Speaking about the Open Balkans initiative, Đurović assessed that it is neither political, nor security, nor legal, nor economic interest of Montenegro. „We should give in writing what the Open Balkans is and we should wait for September and the Berlin process”, Đurović concluded.

Dr. Srdjan CVIJIĆ, the Senior Policy Analyst within Europe and Eurasia Program in the Open Society Foundation, believes that the recent EU Summit for Ukraine and Moldova presented great hope and light at the end of the tunnel. “And for us here is one big disappointment. So the time has come to deal with where the problem is and where it has stalled at the EU level”, Cvijić explained.

According to him, the main problem is unanimous decision-making, i.e. it is necessary to introduce voting by a qualified majority.

“Until that happens, neither Montenegro nor anyone else in the process, will not have a guarantee when it fulfills the conditions, that it will be rewarded in an appropriate way”, said Cvijić. 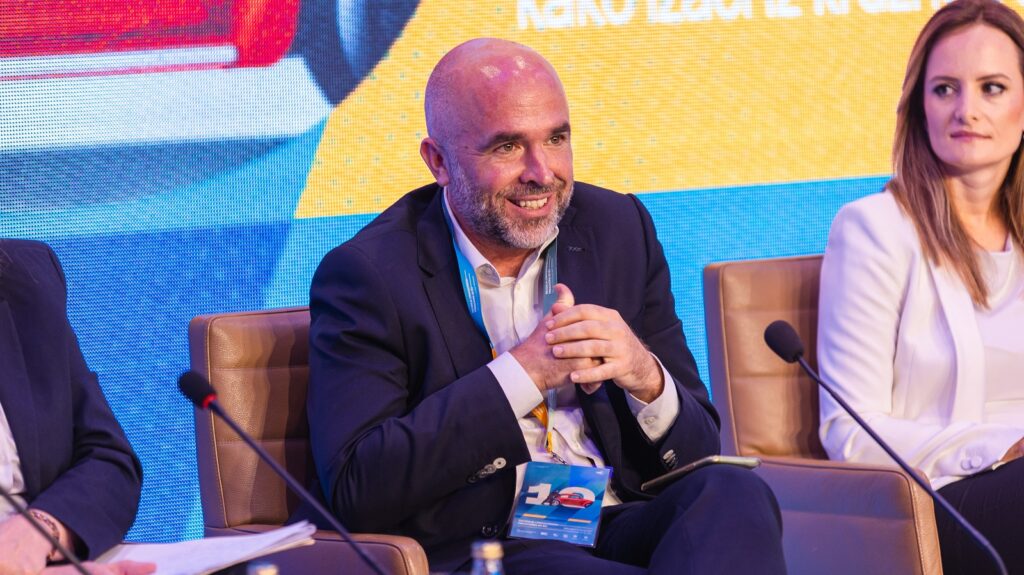 If, as he said, the qualified majority voted at the Summit, Bosnia and Herzegovina would have to gotten candidate status, Albania and Northern Macedonia would have open negotiations, and Kosovo would have received visa liberalization.

“Everything was supposed to happen, but nothing happened. Hence, we are proposing to vote by a qualified majority, and we are not the only ones in that”, Cvijć noted.

He said that accession funds should be made available to candidate countries even before the membership.

Speaking about the Open Balkans initiative, Cvijić said that without Europe that project would look like a “prison yard walk”, emphasizing that the Open Balkans should be inclusive and economic, not political.

“We know whose initiative it is, things are changing a little, and I think the situation will be different in September”, Cvijić said.

Former Deputy Prime Minister of Croatia and Minister of Foreign Affairs and European Integration, Dr Vesna PUSIĆ, considers that the Western Balkans is an absolute issue of European security. 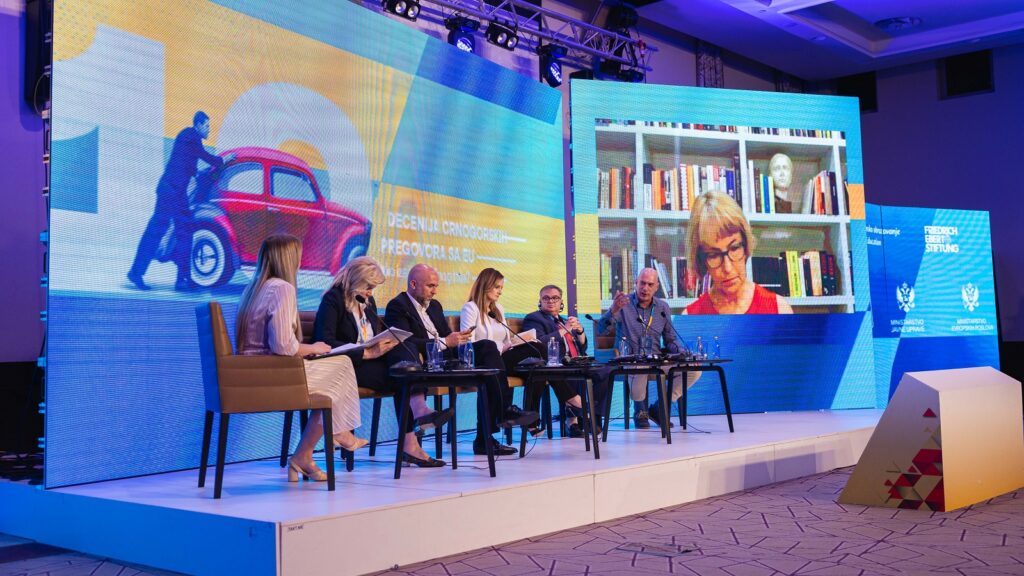 She pointed out that it is in the EU’s interest to consolidate the Western Balkans, because all six countries are unequivocally European territories.

Pusić mentioned that two more summits will follow this year, so all the countries of the Western Balkans should prepare well, in order for progress in joining the EU to happen.

What is important is the question – “why do we want the EU?”

“We do not want there for anyone to praise us, to get good grades and for someone to have a good opinion of us. We want it because it is helpful for all of us to transform ourselves in the direction of liberal democracy, which will enable the best among us to manage common and public affairs”, Pusić said.

According to her, it would be frightening at this moment if Montenegro is not a member of NATO.

“That would be frightening for Montenegro, but also Europe. Therefore, joining the EU is a global interest, not just the interest of the Western Balkans. We must all gather around that”, Pusić concluded.

Professor at the Humanistic Studies at the University of Donja Gorica, Dr Nikoleta ĐUKANOVIĆ, expressed the hope that Montenegro will not “celebrate” another decade of negotiations.

“Although, I think that the worse scenario is to enter unprepared and to bear the burden of later adjustment when we are part of the EU. That is why the negotiation process is crucial, not only to get the strikes, but to prepare for what is to come”, said Đukanovic. 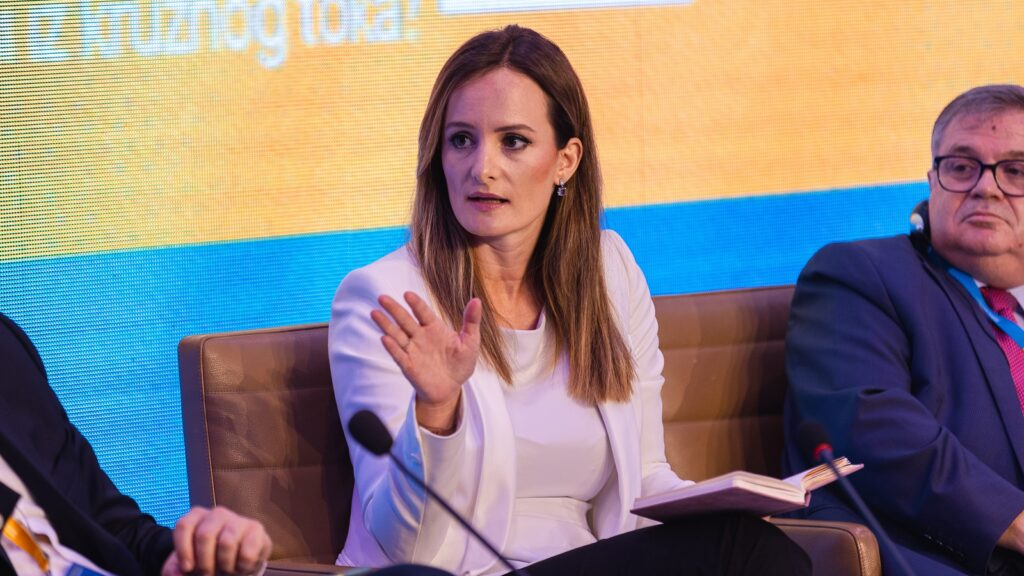 According to her, in Montenegro there is low participation of citizens at the local and national level, the society is not characterized by equality and tolerance, and the ruling elites openly support and promote inequality and privilege.

“We had the opportunity to see that in both this and the previous government. We are simply not committed to the values or the essence of European integration”, Đukanovic believes.

Commenting on the democratic maturity of Montenegrin society, she reminded that one can often hear that democratic capacities are lacking first. “We did have a democratic change of government, but since then we have been talking about the increased violation of secularism, we are continuing with political employment, we are improving the bad practices of the previous authorities while divisions are growing”, Đukanovic assessed.

As she said, then the question arises whether the EU sees all that. “I think that the EU uses absolutely all opportunities to distance itself from the Western Balkans, and especially those that the region provides”, Đukanovic said.

Ambassador of the Frech Republic to Montenegro, Christian THIMONIER, said that the region should be part of the European project and that joint action is important.

“It is necessary to change the decision-making process, because without that it is very difficult for future members to create a space in which they will progress in the negotiations”, Thimonie explained. 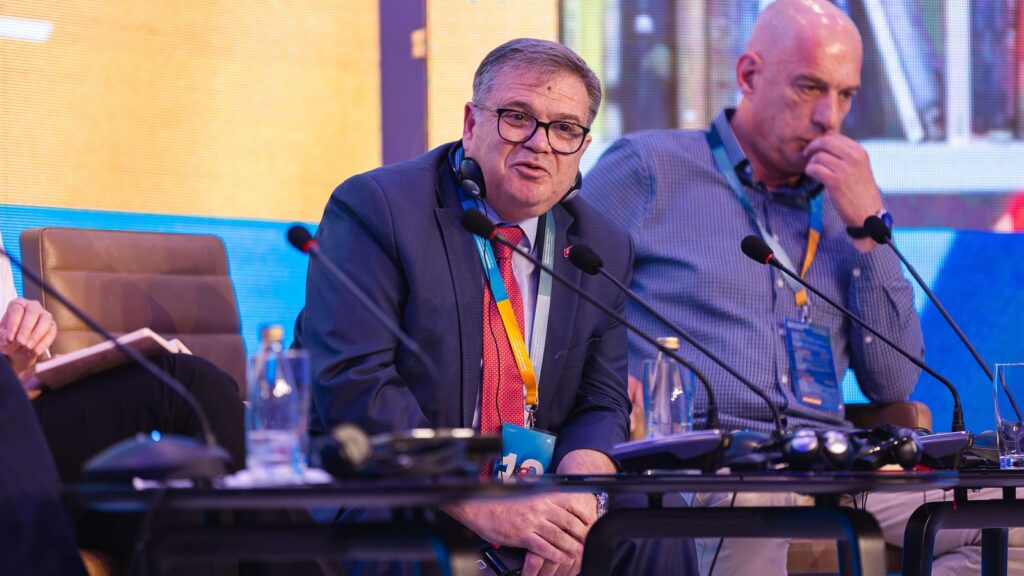 He pointed out that nationalism is a great risk, as well as that it is necessary for everyone to gather around one goal, and that is to move forward, because Europe is constantly moving.

“This is a difficult moment due to Russian aggression against Ukraine. However, we have a way and a common goal to make Europe closer”, Thimonie emphasized, explaining the French position on the enlargement policy and internal reforms in the EU.

Balša BRKOVIĆ, the writer, assessed that the key question is “how much have we Europeanized as a society”.

“I remember when, 30 years ago, Slavko Perović said in the Parliament that we are Europeans. Then everyone in the Parliament laughed, because no one knew what he was talking about. But now, when you look at the fact that these same people have become leaders in that process, or are at least part of it, then we can say that we have become Europeanized”, explained Brković.

Pointing out the negative tendencies in the region and Montenegro, he reminded of Churchill’s words that the war is too serious to be left to the generals. 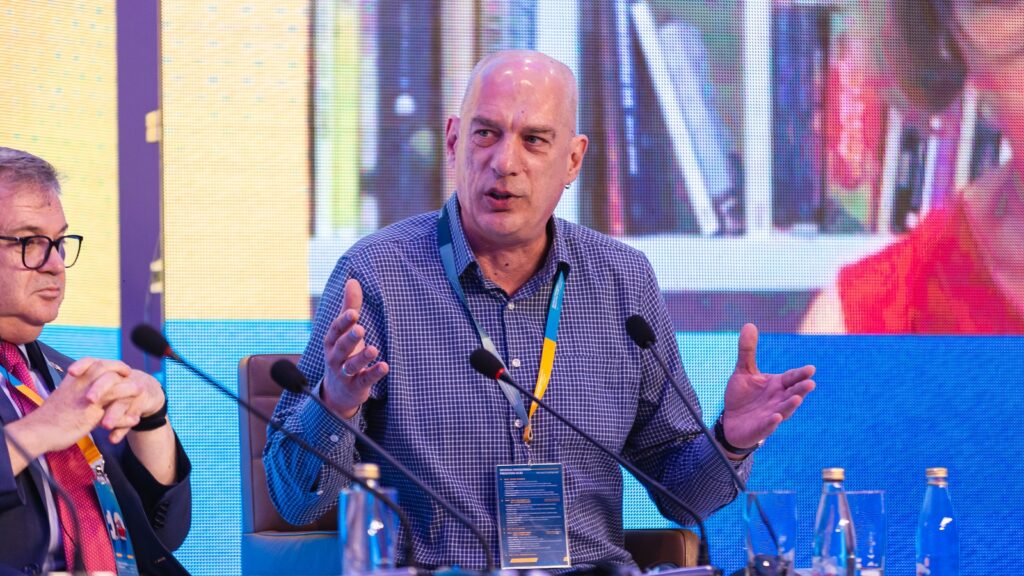 “We can also say that the European story is too serious to be left to politicians. That is why I believe that political discourse is manipulative in one sense, and this must be a genuine story”, Brković concluded.