The decade of negotiations between Montenegro and the European Union (EU) is characterized by numerous lost opportunities and it is about time to change the approach, genuine facing with the challenges on the road to the EU, finding internal consensus on what kind of state of Montenegro we need and how to direct it towards the EU, and above all in a qualitative sense.

This was stated during the introductory speeches at the conference “Decade of Montenegrin accession negotiations with the EU – how to get out from roundabout?”, organized by the Centre for Civic Education (CCE).

CCE Executive Director, Daliborka ULJAREVIĆ said that the first decade of Montenegro’s EU negotiations is marked by numerous scandals, inefficient fight against corruption and organized crime, erosion of institutions, attacks on journalists, immature political upheavals, which, as she stated, led to dangerous polarization in society, accompanied by clericalization and radicalization and questioning of some freedoms that seemed to have been conquered, but also by endangering the civic concept of the state of Montenegro. Among the successes, she emphasized NATO membership.

“All our governments tried to tie progress to a system of deadlines and technicalities, not merit-based and qualitative changes, and this easily promised fast track created unrealistic expectations, which threaten to turn to Euroscepticism, although there is still strong public support”, said Uljarevic. 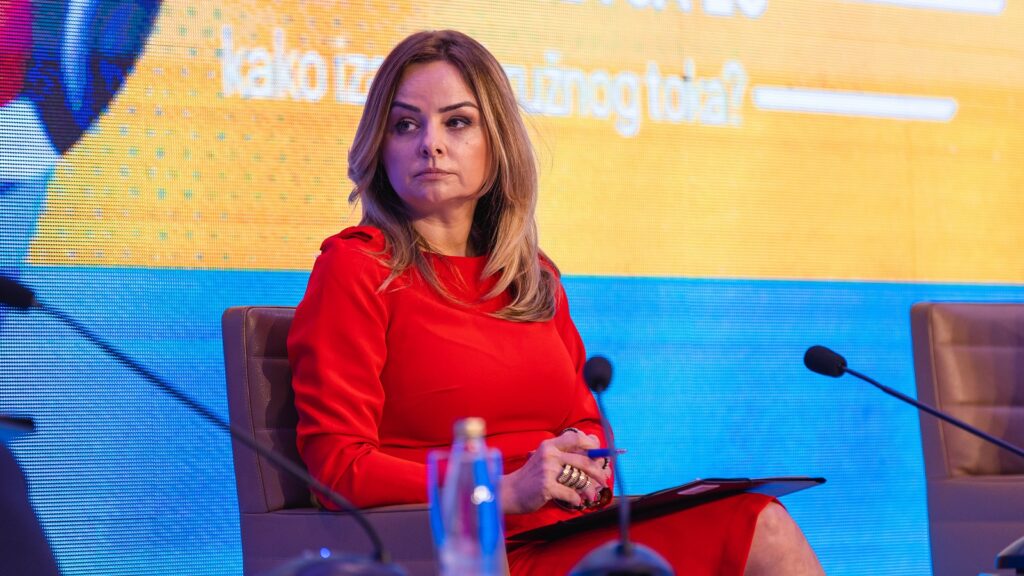 According to her, the quality is extremely important, not the speed of the integration process.

“We have a high degree of support from citizens for EU membership, we also have the support of the EU and a significant part of the member states. And that exposes things – our decision-makers, for various reasons, are the brakes on this train”, said Uljarević.

She assessed that the first decade of negotiations between Montenegro and the EU is characterized by numerous lost chances.

“Additionally, each new government acts as if this process begins with it, which marginalized or lost a considerable part of the institutional memory, and it is crucial for this process, in addition to the political will that must be in the service of the state interest. Certain issues must not be simplified to the point of banality, as they require serious analyzes and discussions, including the Open Balkans initiative”, Uljarević stated.

She believes that it is the last moment to truly face the challenges on the road to the EU, but also to find an internal consensus on what kind of state Montenegro we need and how to direct it towards the EU.

“Broad inter-party dialogue on judicial reforms, primarily through the appointment of new members of the Judicial Council and the Constitutional Court, more synchronized cooperation between the Government and the Parliament, depoliticization and optimization of public administration, political and financial independence of RTCG, uncompromising fight against corruption and organized crime, stronger protection of less represented peoples and vulnerable groups, full respect for freedom of expression and strengthening regional cooperation under a strong umbrella of EU values – these are signs along the road that we must follow to get out of the roundabout, simulations and incompleteness,” emphasized Uljarević.

In her presentation, Uljarević pointed out that they expected the Prime Minister to be in Montenegro, with progressive forces, and to contribute today to the analysis of the process and finding a way out, and that it is symbolically interesting that he is in an official visit to Belgrade, bearing in mind that the Serbian authorities are now threatened with a blockade of negotiations with the EU.

The President of the Parliament of Montenegro, Danijela ĐUROVIĆ, said that EU membership is an important capital that should not be missed.

“At this moment, I think this is our last opportunity and chance. If we do not use it, we must be aware that we will enter the convoy. In a convoy, the rhythm is determined by the slowest one. I think that this should not be the way from Montenegro to the EU”, assessed Đurović. 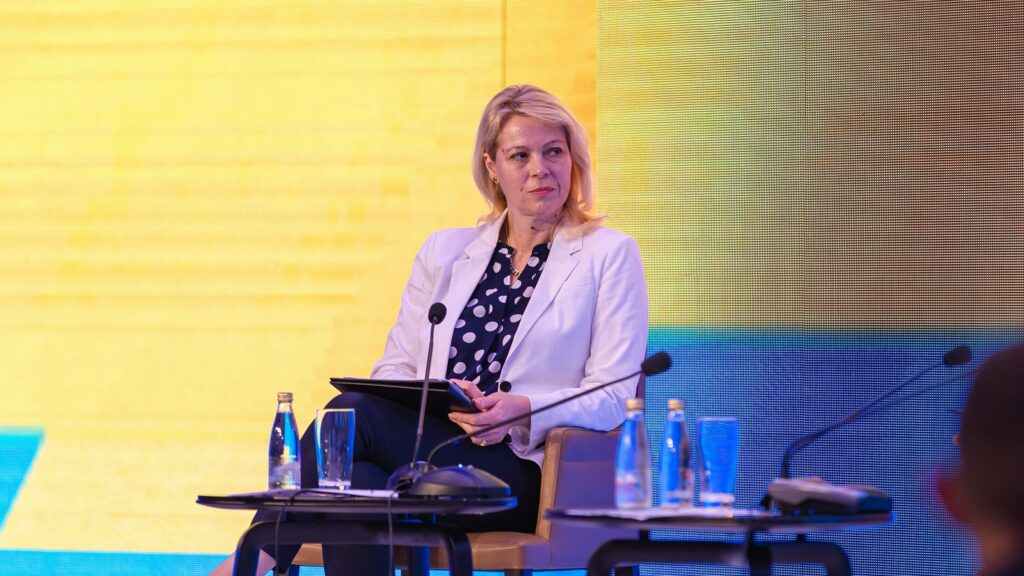 She considers that we are now at a stage where we have to work on quality.

“I believe that we will have enough capacity, political responsibility and maturity to deliver certain results by the spring session. I am thinking primarily of the part relating to the completion of the Judicial Council. Certainly, it is absolutely inadmissible for us not to conduct the procedure and not to elect judges of the Constitutional Court, since we know that in mid-September we will find ourselves in a situation of losing the quorum and inability of the work of the Constitutional Court, which is important not only for the election process but for the overall state interests”, pointed out Đurović.

She said that none should question the holding of the local elections on 23 October, emphasizing that political entities must additionally contribute so as not to question in any way those elections and the overall system in Montenegro.

The European Parliament’s rapporteur for Montenegro, Tonino PICULA, said, in a video message, that Montenegro is still at the forefront of enlargement policy, despite the fact that, as he pointed out, no chapter is closed for more than four years.

“Montenegro has great support from the European Parliament and pro-European groups, but there is also a consensus on the reforms needed to correct the shortcomings. Montenegrin institutions must not slow down the process. The support of the citizens of Montenegro for accession to the European Union is not waning”, Picula underlined.

He assessed that nowadays the perspective of Montenegro looks better thanks to the recently appointed minority government, which, as he said, “put people in key places to close the chapter who testify that they know how to speed up processes and harmonize open issues from the negotiating agenda with expressed foreign policy ambitions “. 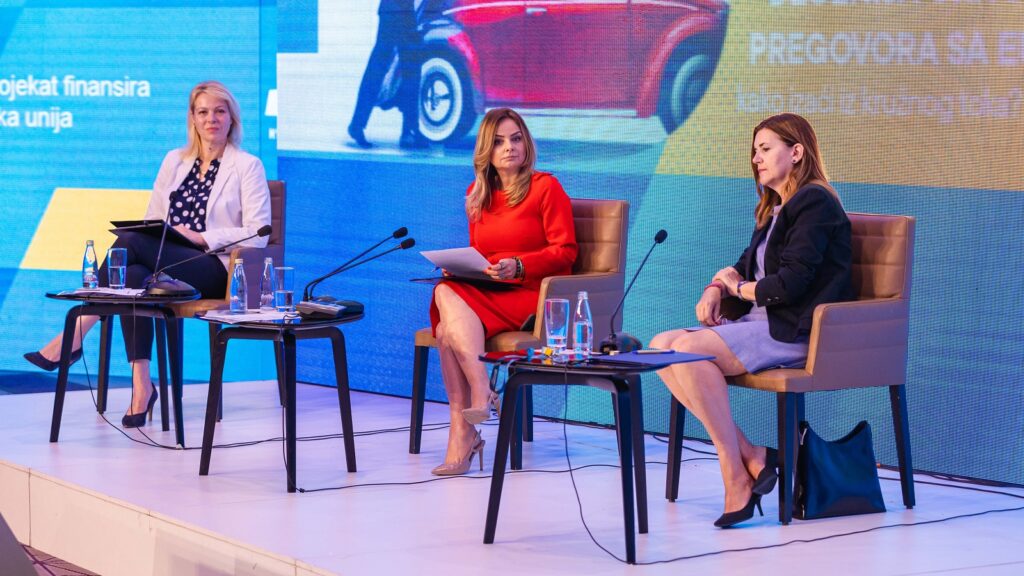 In a video address, Viola von CRAMON, MEP and member of the Foreign Policy Committee (AFET), assessed that the accession negotiations are taking much longer than expected, and that there is still work to be done, especially in the area of rule of law.

„And we are both responsible for that. It is true that the pace of reforms, as well as the investigation and prosecution of DPS-related people, could have been more robust. But, the EU is also not managing for too long to demonstrate its credibility when it comes to both the EU enlargement process and its own promises in the Western Balkans. Primarily due to the enlargement fatigue and lack of geopolitical strategy, we failed to deliver on our promises, including the long overdue and still undelivered ones – the start of accession talks with Albania, North Macedonia, visa liberalisation to Kosovo, and candidate status to Bosnia-Herzegovina. This inevitably affects our credibility due to which the Euroscepticism is rising and reforms are delayed”, stated Cramon.

According to her, although the recent EU-Western Balkans summit did not yield any results for the region, Cramon is convinced that Montenegro is the next EU member state.

“We also need to improve a process that is stalled and that does not bring results to anyone”, she said, noting that Montenegro deserves final benchmarks.

‘’The principles of the Berlin Process – inclusiveness, EU standards and principles, regional cooperation and connectivity – are at the centre of it. No alternatives to this are acceptable for us, such as the Open Balkan initiative”, Cramon pointed out.

The Head of the Delegation of the European Union to Montenegro, Oana-Cristina POPA, emphasized that the enlargement policy has returned to the top of the EU agenda, stating that Montenegro is the best-positioned country for a decisive step forward.

„To do so, Montenegro needs to seize the opportunity that it is presented, and take action now. We need a strong commitment to reforms. All political actors and institutions need to work in a constructive spirit to achieve substantial progress. After months of uncertainty, often marked by tensions and mistrust between political actors, we expect the joint work to be restored, in a constructive spirit and in line with the expectation of 76% of Montenegrin citizens who support EU accession“, said Popa. 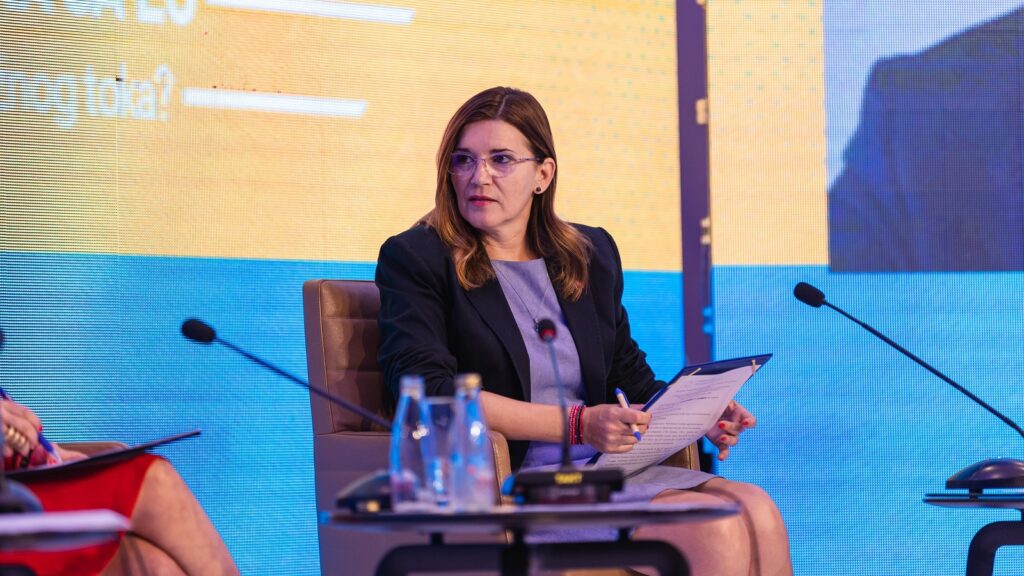 According to her, the rule of law is key.

„A Member State of the EU must be able to deal with domestic corruption and organised crime; it must have in place an efficient, competent and independent judiciary. Montenegro needs to make progress in the chapters related to the rule of law. No further chapters can be closed before the interim benchmarks set in the rule of law area are met. The fulfilment of the interim benchmarks under chapters 23 and 24 need to be made the clear government’s priority with a clear planning ahead. The weeks before the summer break are crucial”, stated Popa.

She indicated that the Parliament should become a place for a functioning democratic dialogue, explaining that regular and constructive work with a view to building consensus among all political forces is crucial.

The director of the Friedrich Ebert Stiftung Office in Belgrade (FES), Dr. Max BRÄNDLE, said in an online address that he had worked on projects in Southeast Europe for ten years, stating that this was the period of accession of Montenegro’s negotiations with the EU.

“We can ask ourselves whether it is a period of progress or it is a decade that worries us and causes frustration. I believe that the EU accession process is the biggest driver of change in the Western Balkans. It provides a roadmap, incentives, external pressures that are necessary, and experiences from previous rounds of enlargement. We should address the burning issues in the candidate countries, namely democratic transition, rule of law, the fight against organized crime and corruption, diversity, tolerance… These issues are not only a homework task when joining the EU, but it is also in the interest of the citizens and societies of the Western Balkans”, Brändle said.

He believes that changing the constellation of power can be a way to move forward. 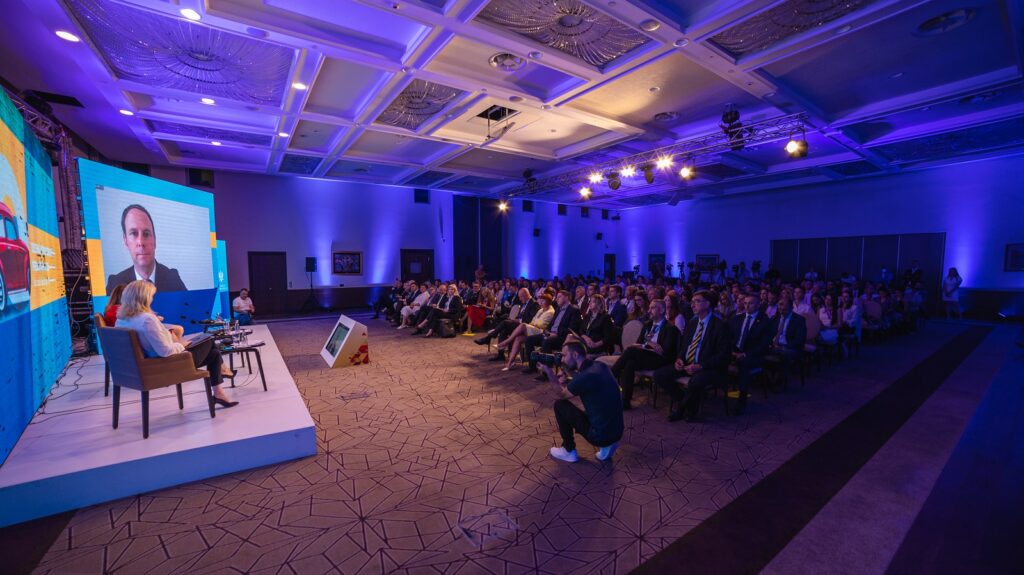 “I hope that the new government in Montenegro will find a way to address the burning issues I mentioned and to come up with inclusive solutions to issues of identity, religion, and the like, which are currently on the table,” Brändle said.