There is a lot of space, and in some aspects priority needs, for the improvement of criminal prosecution of juveniles, especially in terms of cooperation between competent institutions and the strengthening of their capacities, and the prosecution of minors should be approached with more attention, it was emphasized during the presentation of the publication ‘’Measures and sanctions against juveniles perpetrators of criminal act’’, organised by the Centre for Civic Education (CCE), with the support of the Ministry of Justice. 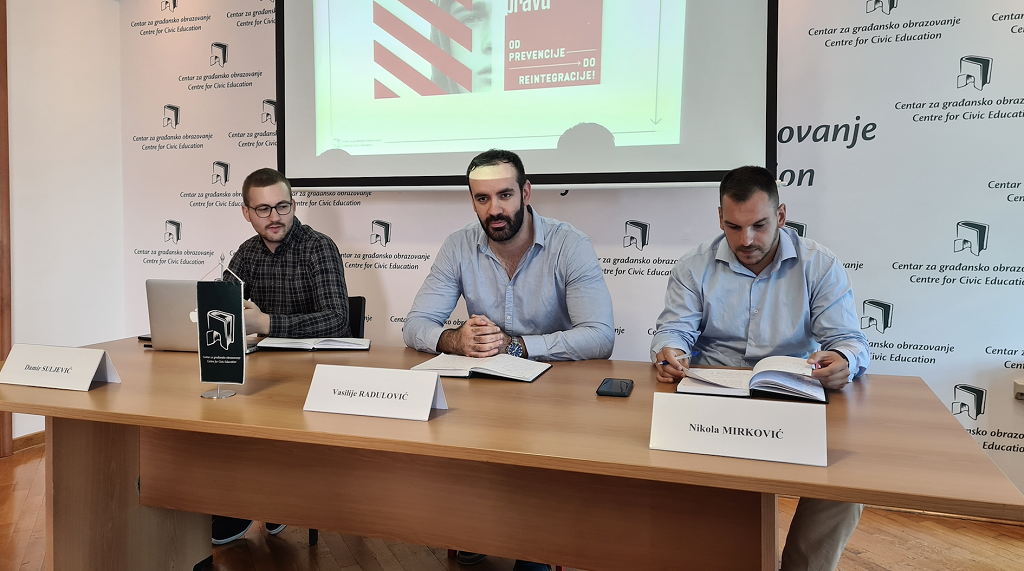 “The objective of this analysis is to draw attention to the issue of juvenile delinquency and the criminal prosecution of minors, but also to the fact that there is a lot of room to improve criminal proceedings against minors, especially in terms of cooperation between competent institutions,” said Vasilije Radulović, author of the analysis and programme associate in the CCE. He emphasized that the primary and biggest problem in the juvenile justice system is the lack of infrastructure, insufficiently trained personnel and clearly defined institutional procedures. “The court still in some cases imposes an educational measure of sending to a prison-type institution, although it cannot be performed in accordance with domestic legislation and international standards, as due to the lack of an adequate institution, this sanction is carried out in the prison in Spuž, which is contrary to all norms, and thus equates it with the juvenile prison sentence“, explained Radulović.

Nikola Mirković, associate in the production of publication and programme associate at the CCE, pointed out that Montenegro has an organized legislative framework in the field of juvenile criminal law, which is almost completely harmonized with international standards, but that a gap occurs when applying the law in practice, as also stated in one of the opinions of the Protector of Human Rights and Freedoms, and in the Report of the Council of Europe Committee for the Prevention of torture and inhuman or degrading punishment. “The legal provisions that address juvenile delinquency in the countries of the region are almost identical, with the fact that the normative solutions regarding juvenile prisons in Croatia are somewhat stricter than in our country and other countries of the region. But, there is a difference in application. Thus, Croatia and Bosnia and Herzegovina have several open-type institutions that specialize in working with minors, which is something that Montenegro should also strive for“, Mirković said.

“Statistical data on the number of cases in which minors appear as perpetrators are a warning when it comes to the number of criminal charges and proceedings, as well as unresolved criminal charges from the previous period where there is a growing trend”, emphasized Radulović, stating that in 2021 according to data from the Prosecutor’s Office, 632 proceedings were in progress.

Radulović reflected on the analysis of imposed sanctions on juveniles, assessing that the findings that CCE reached are opening the question of the adequacy of the applied penal policy and purpose of criminal sanctions, i.e. that by providing protection and assistance to juvenile perpetrators of criminal offenses, by conducting supervision, general and professional training and by developing personal responsibility, ensure proper development with the aim further prevent commitment of criminal acts. Insight into judgments also indicated that a large number of those judgments that are on the website are not fully anonymized, which is contrary to the Rulebook on the Anonymization of Data in Court Decisions.

“There is also an impression that the penal policy is lenient, especially towards returnees who commit criminal acts. There are recorded cases of the same educational measures being imposed more than once on returnees for committing criminal acts, which makes the purpose of the sanction meaningless, as it is imposed to prevent juveniles from committing criminal acts in the future. Also, it is worrying that insight into the judgments leads to the conclusion that the penal policy is not unified. We noted also examples of inconsistency in penal policy in relation to almost identical criminal acts, which produce different consequences. That is why it is necessary to work on unifying court practice and to ensure trust in the system and equality before the law. In cases where a juvenile appears as returnee in committing criminal acts one should avoid imposing the same educational measure more than once, because the purpose of the punishment cannot be achieved in this manner“, Radulović pointed out. 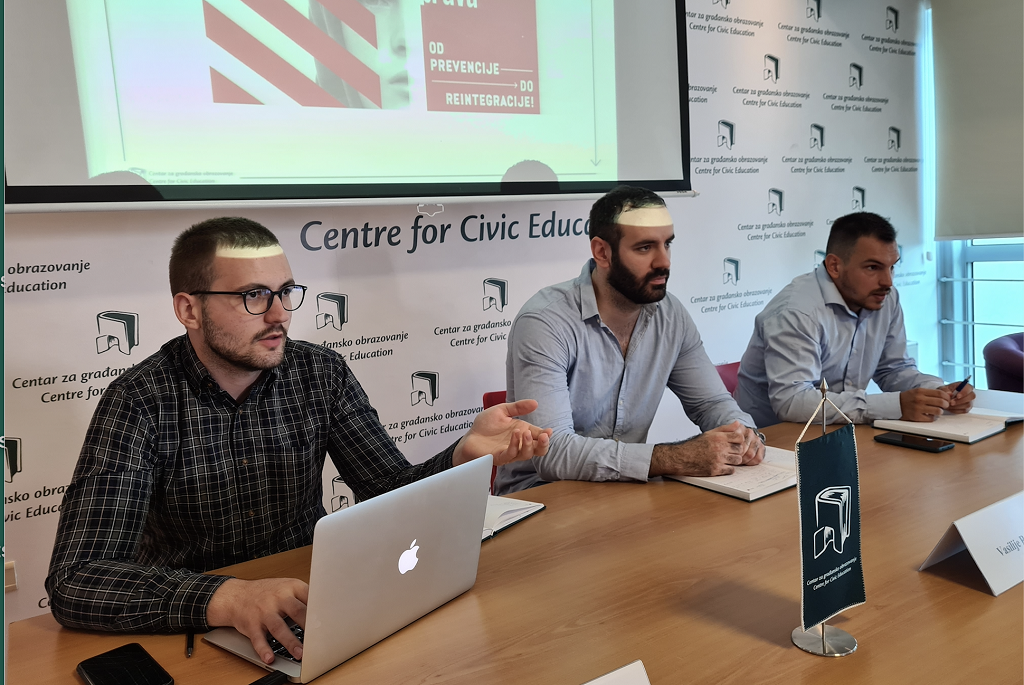 Damir Suljević, associate in the production of publication and programe associate at the CCE, stressed the problem of application of certain measures. “Municipalities and institutions, which the High Court in Podgorica has local jurisdiction, do not show interest in signing an agreement for the implementation of an educational measure with a special obligation to perform socially useful or humanitarian work to be part of the mechanisms to help juveniles who have been sentenced to this type of punishment, with the aim of their rehabilitation and social reintegration“, said Suljević.

The publication also states that the Expert Service of the High Court in Podgorica themselves warns of the fact that most of the agreements they signed are no longer valid, and it is devastating that despite all the efforts and attempts to establish cooperation, no agreement was signed with the Capital City that would help implement this important measure.

The publication is part of the project “The position of juveniles in a criminal proceeding – from prevention to reintegration!” implemented by the CCE with the support of the Ministry of Justice.