The fight against corona in Montenegro was within the capacity of the Montenegrin system, but with a lot of improvisation and ill-conceived communication that led to a low level of immunization. Recovery from the crisis can only be successful if the whole society is dedicated to it, and that, in addition to the zeal and work of institutions, also requires personal responsibility and solidarity of all of us as citizens, as well as the application of lessons learned, was emphasized in the first part of the gathering “Montenegro and COVID-19 – thirty months of battling or coexisting”, which was organized today by the Centre for Civic Education (CCE), with partners, at the Europe House in Podgorica, as part of the SOLICO project. 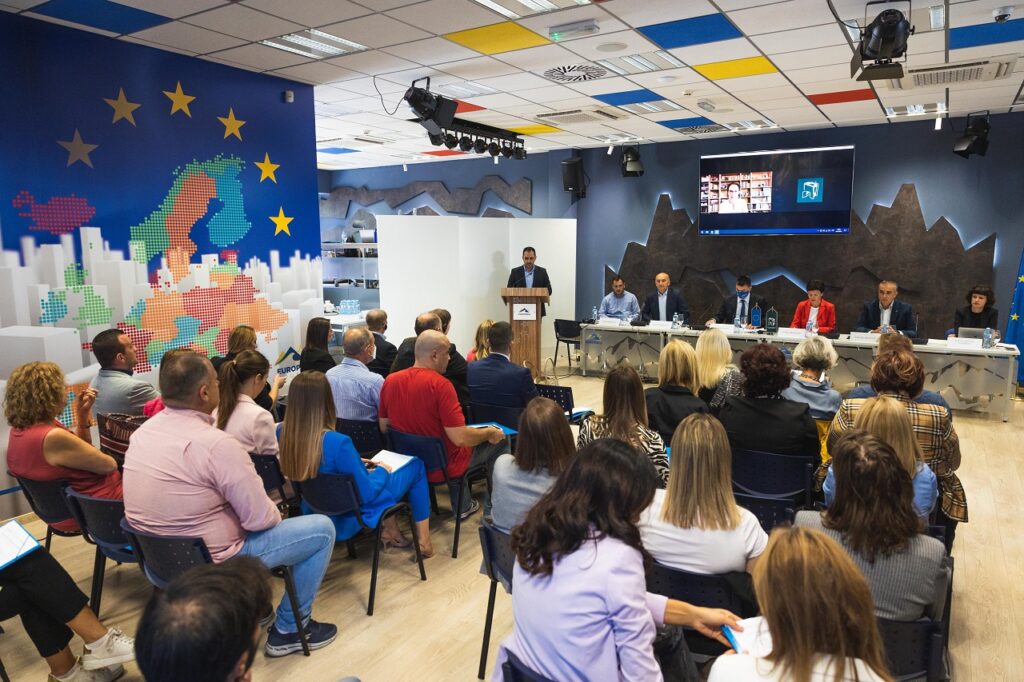 Petar Đukanović, Programme Director of CCE, reminded, at the opening of the event, that 30 months have passed since the first case of COVID was discovered in Montenegro, and that almost half of the Montenegrin population was infected. “In the fight against the virus, unfortunately, 2,780 people lost their lives in Montenegro, which is more than the number of inhabitants in some of the Montenegrin municipalities”, he said, with the assessment that “the crisis brought to the surface social inequalities, weak social cohesion, deficiencies in the health and education systems. However, there were also bright examples of solidarity in numerous citizens’ initiatives, valuable moves by institutions, exceptional commitment and dedication of health workers, but also of other public services that were on the front line in the fight against the pandemic. I believe that all the weaknesses and good practices we witnessed can serve as guidelines for how to further develop a system that will be more prepared for new crisis”, Đukanović pointed out.

Johannes Steinbach, a Senior Specialist for Foreign Relations of Land Steiermark, pointed to the good experiences of Austria and the importance of cooperation in the region. “When we initiated this project, we had the intention of addressing a topic that concerns everyone, and I am proud that we have established successful cooperation with the countries of the former Yugoslavia. I think this is the moment when we can look to our common future and share what we have learned in the fight against the pandemic”, he said.

Georg Müllner, Project Manager at Auxilium, explained that the project should provide insight into good practices in addressing the corona crisis. “We have to find new ways to manage the crisis, and in that we all need to learn from each other – both the authorities and the civil sector, citizens, the media… We have to be inventive, involve the citizenry in order to manage the crisis and create resistance to some new ones”, he stated.

The panel “Health system in the fight against COVID – what has been done and what has been learned?” gathered representatives of health institutions and organizations.

Dr Elvis Omeragić, State Secretary in the Ministry of Health, emphasized that the crisis left a deep mark on the entire society, and especially on the health system, which was faced with a great challenge. “Everything we did led us to the fact that the system and citizens can return to normal functioning. The health system is now fighting successfully, although the post-COVID challenge remains”, he said. Omeragić noted that practice shows the devastating consequences of the pandemic, especially on mental health – post-traumatic syndrome and anxiety. “There is a lot of work ahead of us at the moment. In cooperation with the Ministry of Health, the Clinical Center developed a strategic plan to work on reducing the complications caused by COVID and prevent some potentially dangerous infections that the scientific community predicts in the coming period”, he stated. “When we talk about COVID and the problems it brought, it is clear that the pandemic caught unprepared even the countries more powerful than ours. Nevertheless, the work of health workers should be highlighted and all doctors who sacrificed themselves and gave their maximum knowledge, expertise and dedication should be recognized. Wherever possible, our healthcare workers were rewarded, even though they always emphasized that everyone was doing their job”, underlined Omeragić. 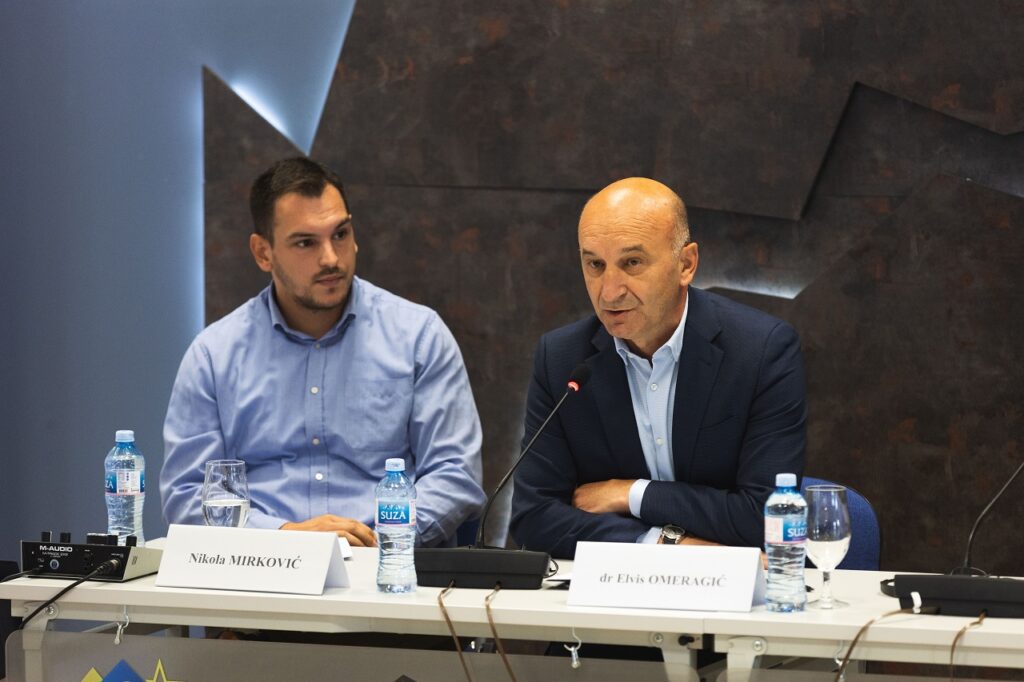 Dr Igor Galić, Director of the Institute for Public Health (IJZCG), explained the functioning of the health system and the response to the pandemic, with a focus on the structures formed during the pandemic. “It was not just the health system that was affected, and that required a broader social response. As a professional institution, we gave a cross-section of the situation from the field, we tried to achieve a dynamic response process through the entire system of working groups and teams”, he said, underlining the importance of cooperation with the WHO. “In the response to the pandemic, three aspects are important – socio-economic stability, preparedness of the system for emergency situations and preparedness of society for emergencies”, Galić assessed. He stated that there were problems in the procurement of vaccines, as well as that the campaign could not be implemented due to a lack of financial resources, which, along with earlier prejudices about vaccination, resulted in a low level of immunization, but he underlined that there were no problems in communication between institutions.

Dr Mina Brajović, Head of the Country Office of the World Health Organization (WHO) in Montenegro, reminded that the WHO had issued an early warning about the pandemic, but also that an earlier report by the WHO and the World Bank indicated that no country was ready for such a situation. “We have witnessed large and small systems being thrown to the floor by the pandemic. We raised the alarm when there were only 98 cases outside of China, and that was followed by recommendations on how member countries should provide a response, and the essence was that the response to COVID must be based on solidarity and science” she explained. Brajović stated that Montenegro made efforts to mobilize available resources and provide a comprehensive response by acting in parallel in all segments – surveillance, treatment, and communication with citizens. “As much as the epidemiological figures give us optimism, we must be careful and the health system must insist on vaccination, with surveillance and testing to detect sources early. We must have plans in case of escalation, autumn and winter are coming, and it is necessary to have preparatory plans to raise the readiness of the system. We must pay special attention to prevention and control measures in hospitals, but also communication in the fight against disinformation”, she advised. 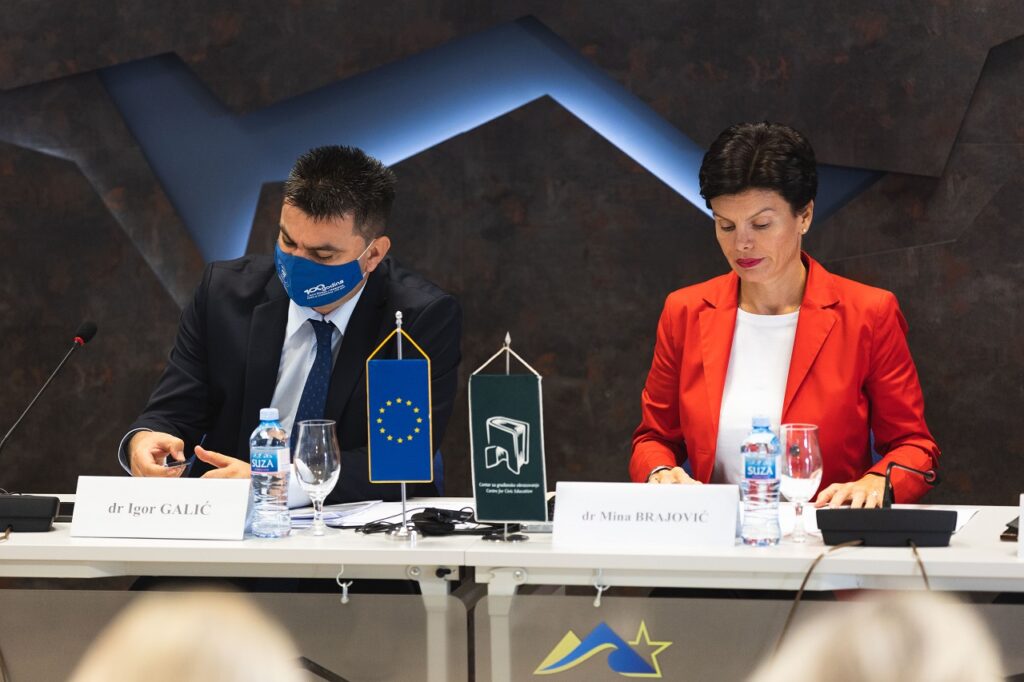 Dr Đorđe Krnjević, the director of the Internal Clinic of the Clinical Center of Montenegro (KCCG) presented the work of the KCCG during the pandemic. “KCCG is an umbrella institution because we are the only institution of tertiary level, and at the same time the general hospital for Podgorica, Kolašin Tuzi and Zeta. That’s why we had a doubly difficult task – to take care of COVID patients, but also everyone else. KCCG treated the most serious patients, but also others who could not be cared for in general hospitals. There, deficiencies in the number of executors – specialists and subspecialists – were revealed. We did not lack therapeutically, we also had a sufficient number of ventilators, but we did not have treatment protocols, we relied on the countries of the region and the WHO, and there was a shortage of staff, especially anaesthesiologists”, he said, stressing that Podgorica should have a general hospital for the KCCG to be relieved. He also stated that KCCG was helping other hospitals in the country with resources, both with human and technical resources. “Clinically, it was reorganized and overloaded, the Internal clinic, which normally has 40-50 patients, at those moments had over 90 COVID patients alone”, he illustrated.

According to dr Milena Popović Samardžić, president of the Union of Medical Doctors, when the pandemic began, the key problem was the lack of recognition of the problem and the lack of medical personnel. “Confusion was created by the information that we had the optimal number of doctors, that we were ready, while the entire system was unprepared, and we were unsupportive and untrustworthy. Then there was the lack of protective equipment for doctors, and the WHO itself did not help us in the beginning in informing us about the way the virus is transmitted”, she explained. She stated that after 2020, there were no more problems with the lack of protective equipment, but there was a problem with compliance with the rules. “In Montenegro, one rule was valid for one person and another for others, and instead of professionals in this area we had people from law and other fields. It is devastating that we who publicly said that e.g. the Prime Minister ca not avoid to be vaccinated and that he cannot take communion publicly, were on the ice and that every attempt at criticism caused intolerance towards us”, said Popović Samardžić. She also stated that the major problems are improvisation, the lack of protocols and uniform practices that would provide security, as well as that the reports did not result in corrective measures and expressed doubt that lessons would be learned from this. 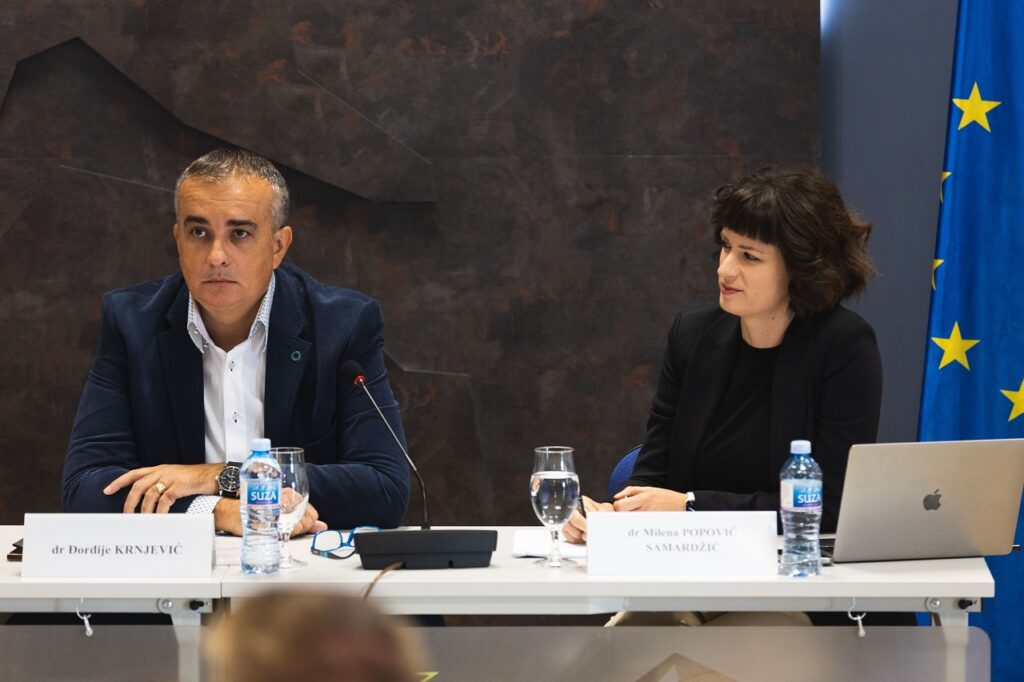 Dr Marija Backović, a researcher at the Pasteur Institute in Paris, said in an online address that she believes that the immunization process has failed and that a clear strategy was lacking despite the efforts of the Institute for Public Health. “My impression is that the public appearances of officials regarding vaccines were not convincing and that anti-vaxxer movements and doubts were strengthening. This is also undermined by doubts about science in our society, so all people were given the same importance in the story of vaccination – competent and incompetent. Facts and scientific data were mixed with others and created confusion. There was a lack of strategy and one voice in the presentation. There must be communication, education, which requires resources and efforts and work, and not enough time and investment was devoted to the issue”, she explained. “Vaccines are a little behind the strains, but they remain a solution that should be highlighted. It is devastating that there was no unified opinion among doctors”, she concluded, expressing the hope that some lessons will be learned.

The event gathered around 50 representatives of institutions, health workers and civil society organizations. 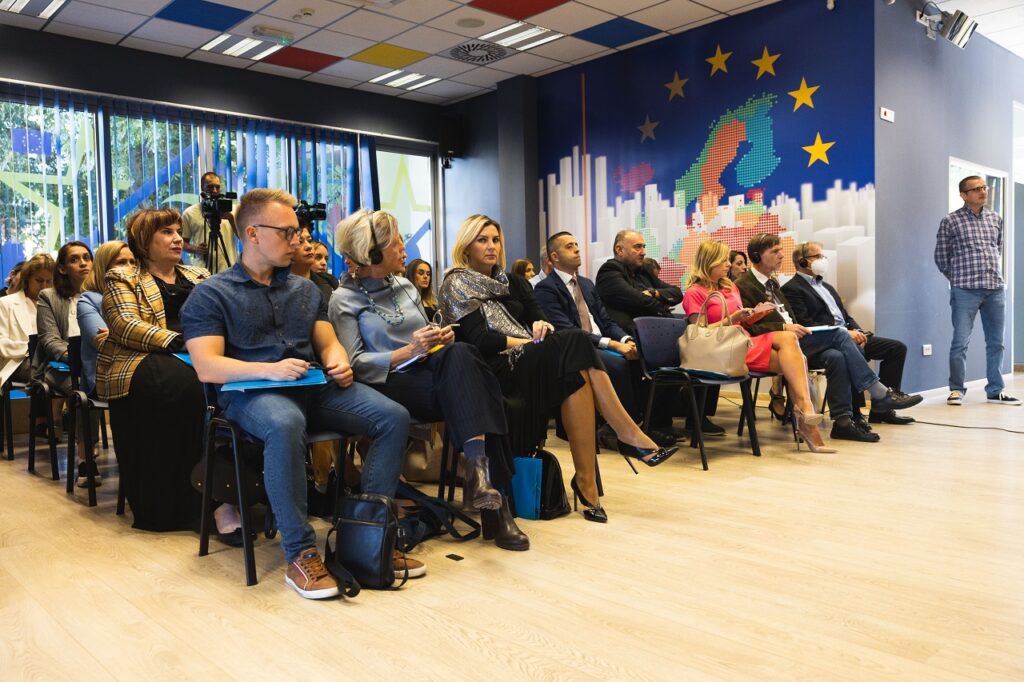 This gathering is part of the SOLICO project, implemented by the Land Steiermark from Austria in partnership with ten other organizations from nine countries, among which is the CCE as a partner organization from Montenegro, with the aim of creating a space for discussion and exchange of experiences between different social actors about the consequences of the crisis caused by the COVID-19 pandemic. Also, the project strives for networking both at the national and, later, at the international level, in order to apply the lessons learned and promote good practices widely. The project is supported by the EU programme Europe for Citizens.