FAST FORWARD Human Rights Film Festival Montenegro 2022 closes tonight in Podgorica, as well as in Berane, and the guest of the FAST FORWARD Festival is director Aleksandar Reljić.

The programme in Podgorica begins with the film NO PARDON, by Aleksandar Reljić, at 19h00. Reljić is a journalist and the author of numerous television documentaries, which mainly dealt with the topics of the culture of memory, war crimes, protection of human rights, xenophobia, etc. The film NO PARDON, produced by Core Dox, BIRN Serbia and Awakenings Film, with the financial support of the Swedish Development Agency, tells the story of a fashion photographer, stylist and DJ from Novi Sad, Srđan Šveljo, who was arrested in January 2020 after the media announced arrests of pedophiles politicians and other public figures. Before the official arrest, the media had already announced that Šveljo was a “pedophile”, the tabloids called him a monster and a predator and published his image on the front pages. They went so far as to call on the judges to give him the maximum sentence of 40 years in prison. The man’s life and reputation were destroyed, and the announced arrests of pedophile politicians have not happened to date. This film points out the power and manipulation of media, as well as on the importance of raising awareness on human rights and media literacy. After the screening, there will be a panel discussion with Aleksandar Reljić, the author of the film, and Miloš Knežević, Executive director of the Montenegrin LGBTIQ Association Queer Montenegro. The discussion will be led by Željka Ćetković, Active Citizenship Programme Coordinator at the CCE. 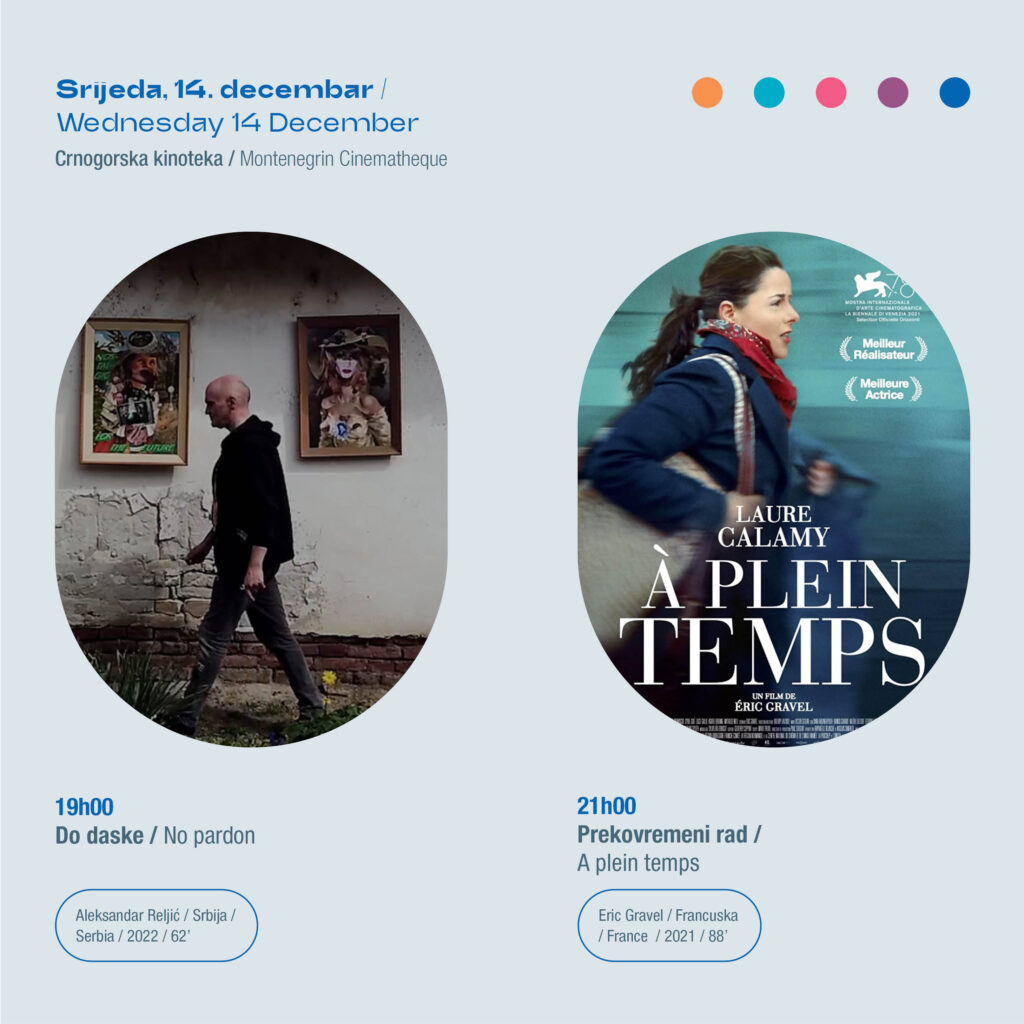 This year’s edition of the FAST FORWARD Festival in Podgorica closes with the film A PLEIN TEMPS at 21h00.  This is the story of Julie, a mother of two, who is making ends meet, getting by as the head chambermaid of a five-star hotel in Paris. Each meticulously planned day starts before sunrise, preparing the kids for school and undertaking a long commute to work, where she unflappably completes her duties. But when a national strike breaks out – paralysing the entire public transport system – Julie’s routine is thrown into chaos. The film was awarded at the Venice Film Festival in the category for Best Director (Eric Gravel) and Best Actress (Laure Calamy), and was also nominated for the Best Film award. Laure Calamy has also won the Best Actress Prize at the Les Arcs Film Festival in France.

The Berane edition of the FAST FORWARD 2022 Festival closes at 17h00, in the Cultural Centre, with a screening of the film F@CK THIS JOB, by Vera Krichevskaya.

Admission to all screenings is free, and more information is available at https://ubrzaj.me/en/.