On the second day of the Festival, programme includes three movies: Albert’s way, A stranger and Halima’s path. The audience will have the opportunity to see three specific, very powerful stories, movies by the authors from ex-Yugoslavia.

17h00 – Albert’s way, the Serbian-American production, by Predrag Bambić a guest of our Festival, who will directly address the audience after the screening. This film is an exciting story of success and achieving the dream, told through the life of Albert Mayer, legendary constructor of Panavision Panaflex film cameras, who received four Academy Awards, two Emmy awards and a number of other major awards for its achievements. He was born in Banat, educated in Germany and as a member of the German ethnic group after the Second World War he was in a concentration camp in Knićani and then as a twenty year old leaves to USA.

19h00 – A stranger by Bobo Jelačić, Croatian-Bosnian co-production, is a compelling story about the severity of crossing the invisible boundaries in our societies, a story about a man who has lost everything that determines him with the breakdown of his country and what that breakdown brought. The movie was screened at numerous film festivals and received number of awards in various categories. Facing the consequences of war history of their city after 20 years of peace, in the everyday and seemingly harmless situations, hero takes the audience through all the absurdities of life in the divided city and in world in which paranoia, comedy and drama coexists. Bogdan Diklić plays the main role.

21h00 – Halima’s path by Arsen Ostojić, Croatian – Bosnian – Slovenian co-production. This honest and tragic movie tells the sad but inspiring story of suffering and the strong will of a mother that, despite all the obstacles, finds the remains of his son who was killed in the war in Bosnia and Herzegovina. Based on true events, the movie shows the fate of a woman who in the post-war world tries to, in the overall hopelessness restore peace and dignity to herself and her deceased son. The film has won multiple awards at festivals around the world, both by film critics and jury, as well as by the audience.

We recall that the fourth Fast Forward Human Rights Film Festival 2013 formally began last night in the Montenegrin National Theatre with prize award ceremony for the affirmation of human rights and civic activism, which were awarded in two categories: the category of outstanding individuals and organizations. The prize giving ceremony was followed by a screening of famous documentary, which moved the boundaries of documentary production – The Act of Killing by Joshua Oppenheimer, the Danish-Norwegian-British production. The audience was able to hear the speech of director who addressed by video link.

The Festival lasts until 20 December and it is organised by the Centre for Civic Education in cooperation with the Montenegrin National Theatre and Beldocs, with the support of the Canadian Embassy. 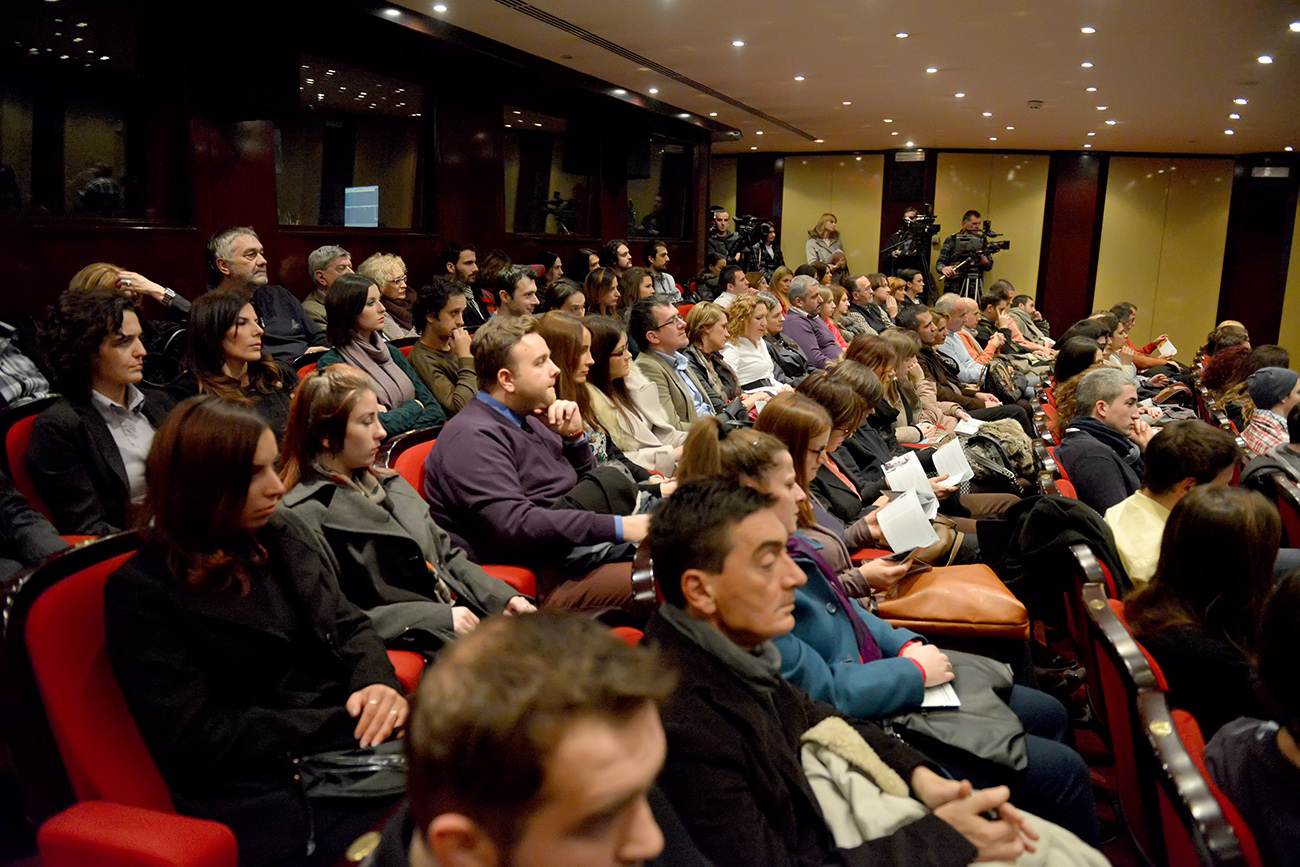