Podgorica, PR press service – Fight for human dignity and universality of human rights, which are too often being infringed, requires leaving the individual partialities, consistency in advocating for principles and strength of inner reconsideration, said the Executive Director of Centre for Civic Education (CCE), Daliborka Uljarevic.

At the occasion opening of FAST FORWARD Festival, she stated that this festival has become member of the Human Rights Film Festivals Network with headquarters in Amsterdam, which, as she clarified, gathers 41 human rights film festival from the entire world.

‘Watch and remember’ is this year’s moto. And how much have we been watching and remembering in protection of human freedoms, dignity and rights? It seems not sufficient. And we have to watch vigilantly and remember well, in order to be ready at all and capable for challenging and full-of-temptations human-rights fight’, emphasized Uljarevic in CIC ‘Budo Tomovic’.

According to her, modernisation does not render this fight easier at all, stating that today’s world is facing strengthening of the radical right, ‘populism which conquers easily with a story about jeopardized speciality of nation and shows animosity towards other and otherness’.

‘Therefore, the fight for human dignity and universality of human rights, which are too often being infringed, requires leaving the individual partialities, consistency in advocating for principles and strength of inner reconsideration. The films of this year’s selection urge us to it as well’, highlighted Uljarevic.

She assessed that Montenegro has achieved certain progress in legislative and institutional framework, but, as she stated, the practice remains concerning. 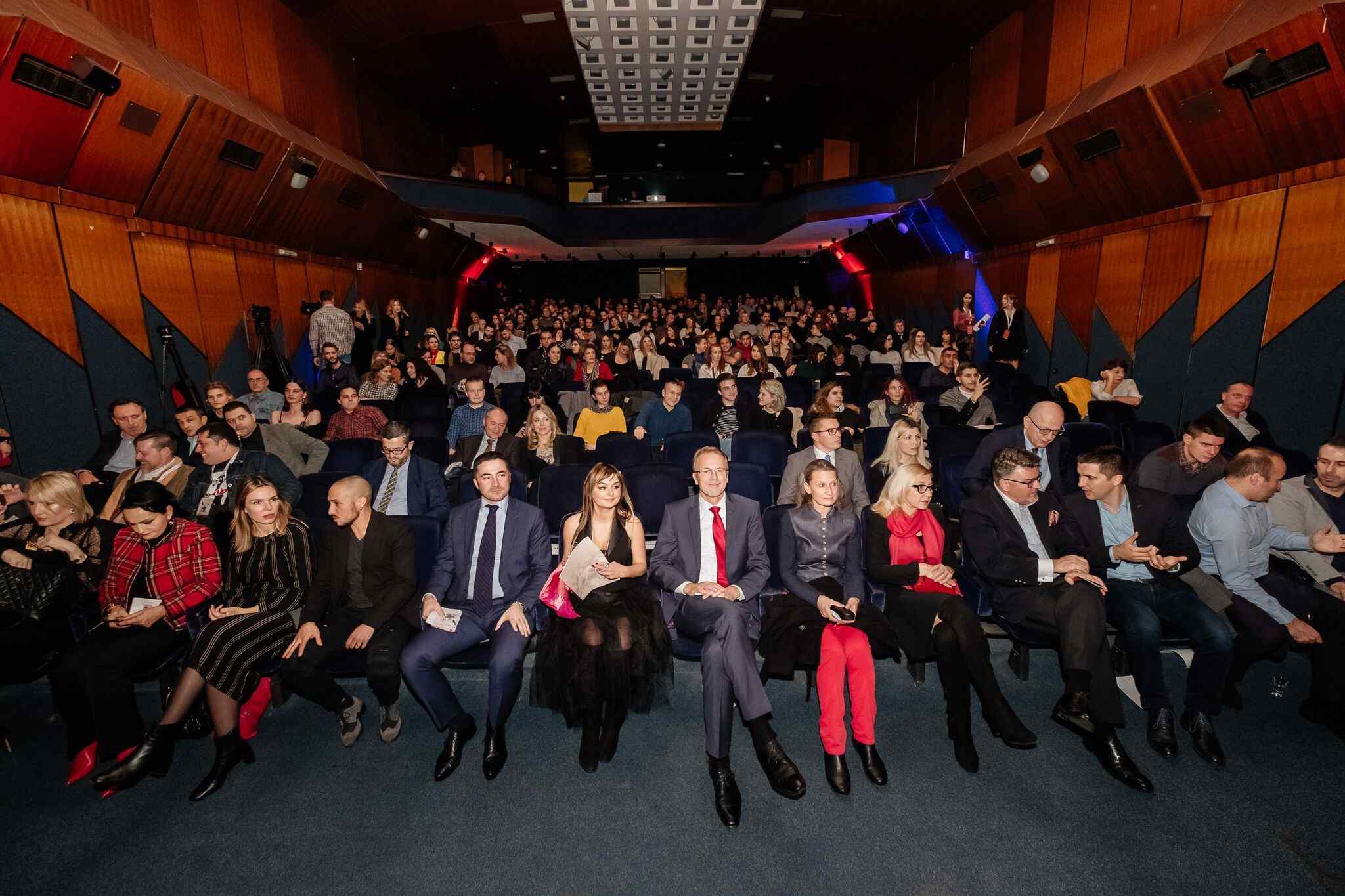 ‘Rights of Roma, LGBT community, persons with disabilities, elderly, women, children – despite the efforts to be protected properly, still remain in the zone of severe forms of violation’, warned Uljarevic, pointing out also the limitations in freedom of expression, towards journalists and representatives of civil society, but also towards political actors.

Uljarevic asserted that political justice which means use the rights for achievement of political goals distances citizens both from justice and righteousness.

Head of the European Union (EU) Delegation to Montenegro, Aivo Orav, said that EU is this year’s proud donor of the Festival, within the framework of larger project ‘360 degrees – full circle for human rights’, which, as he clarified, has an objective to contribute to reduction of discrimination and to promote tolerance and respect, as well as to support civil society organisations which work on promotion of human rights in Montenegro.

‘Maybe the most important segment of this project is work with young people and promotion of civic education in order to develop anti-discrimination and culture of human rights. FAST FORWARD Festival contributes to this objective, reaches all parts of society and persons of the most various age and life stories’, emphasized Orav. 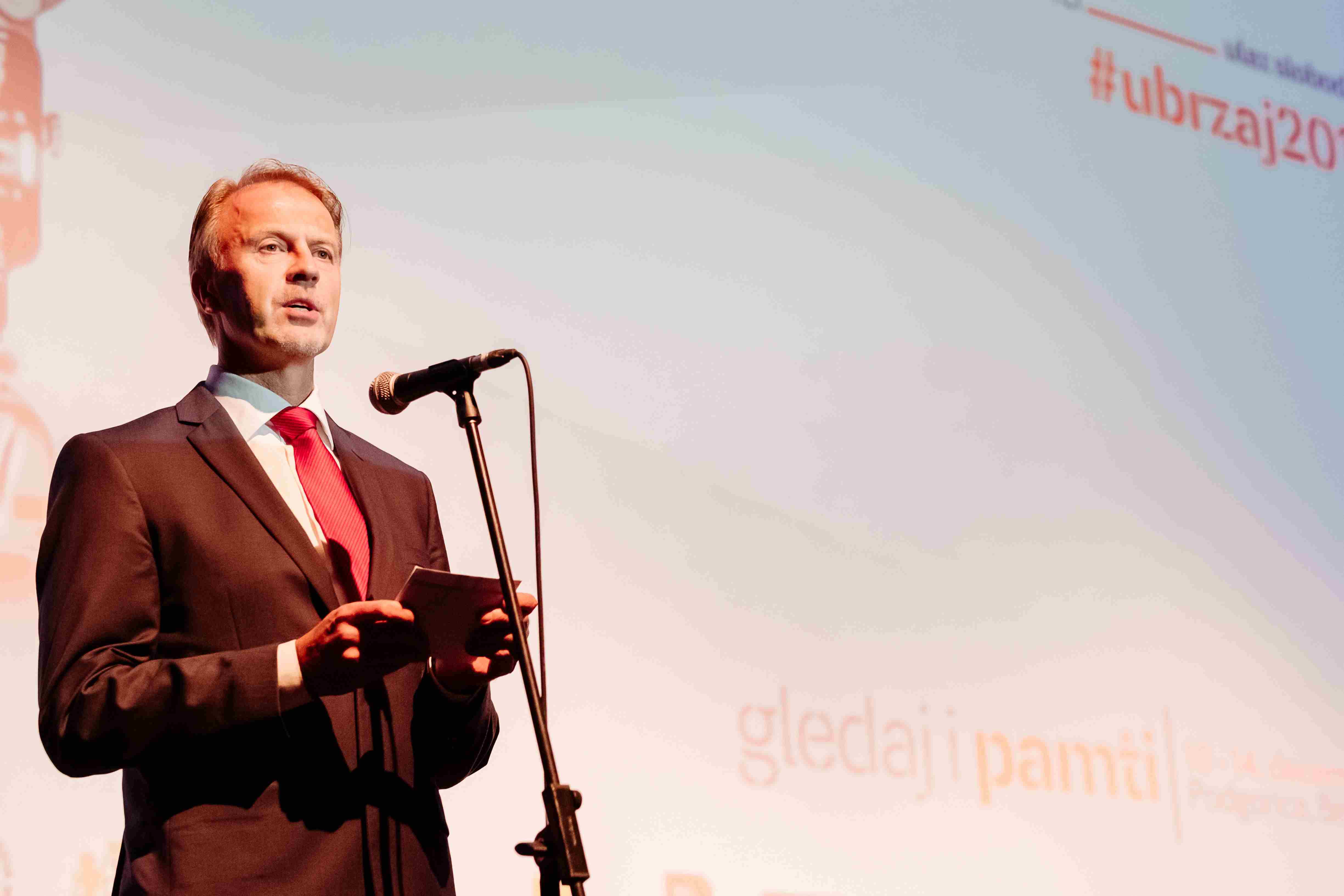 According to him, idea of Festival is to inspire, impact and educate people, by opening, as he said, their eyes and minds towards the concept of universality of human rights.

‘Films enable us to give new perspectives and standpoints to people, and to reach consciousness and change. They strengthen the audience by cognition that personal undertaking of obligation may bring a change’, highlighted Orav.

Minister of Culture, Aleksandar Bogdanovic, assessed that by concept and content of ‘Fast Forward 2018′ Human Rights Film Festival, in ultimately concrete manner, actual issues in the area of human rights are being opened, by which, as he stated, responsibility of society can be additionally induced, “but also wake the often sleeping conscious of an individual’.

‘It is especially important that this Festival has focused on film form, since, despite these topics can be problematized the most distinctly through it, the receptiveness of film art to broader stratums enables also a broader scope of action. It is especially important in societies as our is, in which change of conscience should be worked on much more, considering that legislation is harmonised with standards of those most emancipated societies’, said Bogdanovic. 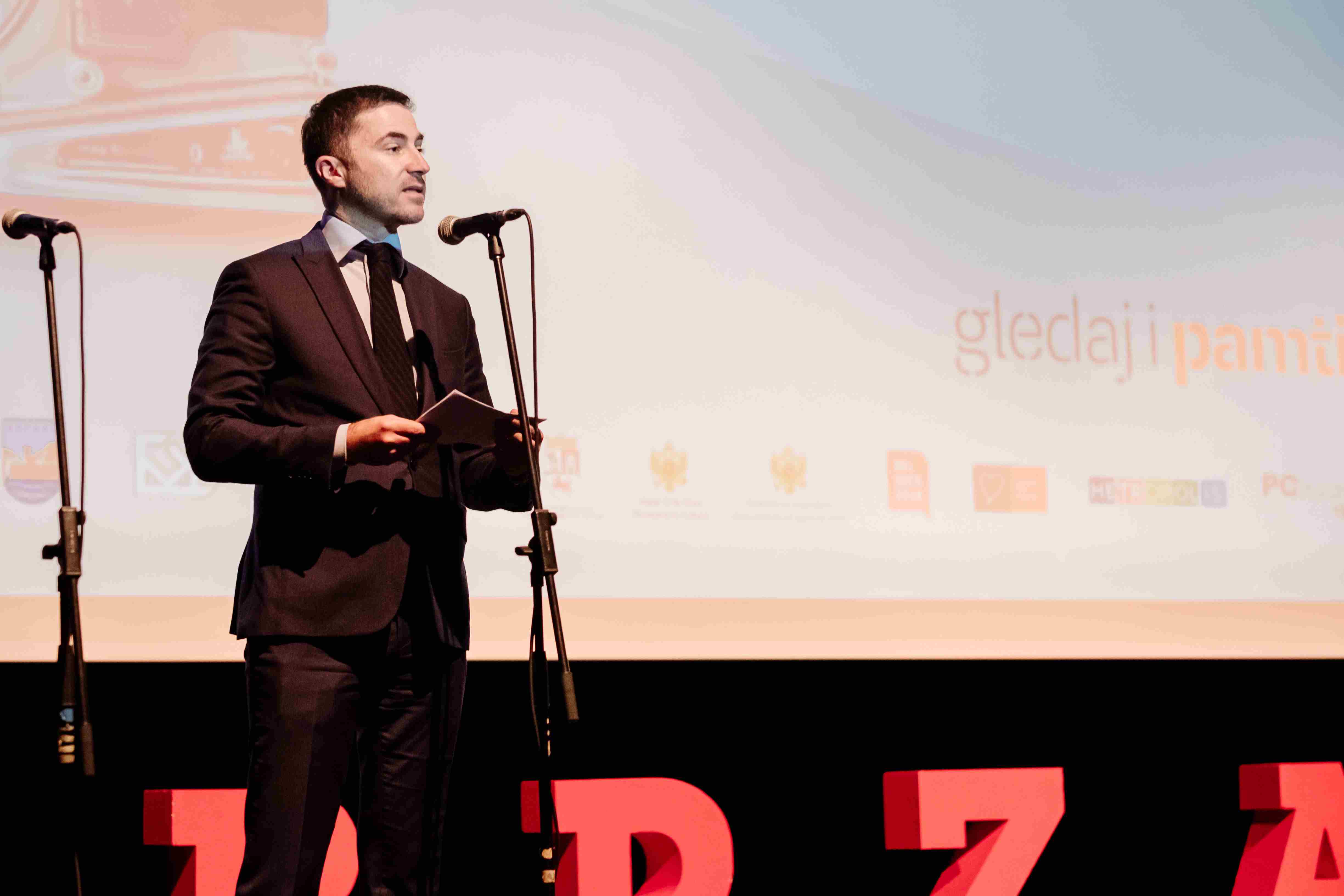 ‘Today’s activities on defence of human rights and freedoms must be equally directed both to problem of revamped ideas and ideologies from past, and to new-fangled excessive ambitions of supervision and control over people’s lives. Only in this manner can we take a step into future in which the freedom of an individual would not be one of acute issues’, said Bogdanovic.

He deems that, for Montenegro and neighbourhood, FAST FORWARD Festival is becoming more and more important manifestation, by which, as he stated, awareness on indisputability of human rights and freedoms may be brought up to a higher level.

The winners of this year’s awards for affirmation of human rights and civic activism in category non-governmental organisations are Women’s Rights Centre and Association Spectra, while Sabina Talovic has received an award in the category individual.

Raicevic said that ‘women’s job is not so invisible’, stating that the award is a proof that someone has recognised it.

‘I believe that task of all of us is to do what we can so that life around is made better’, emphasized Raicevic. 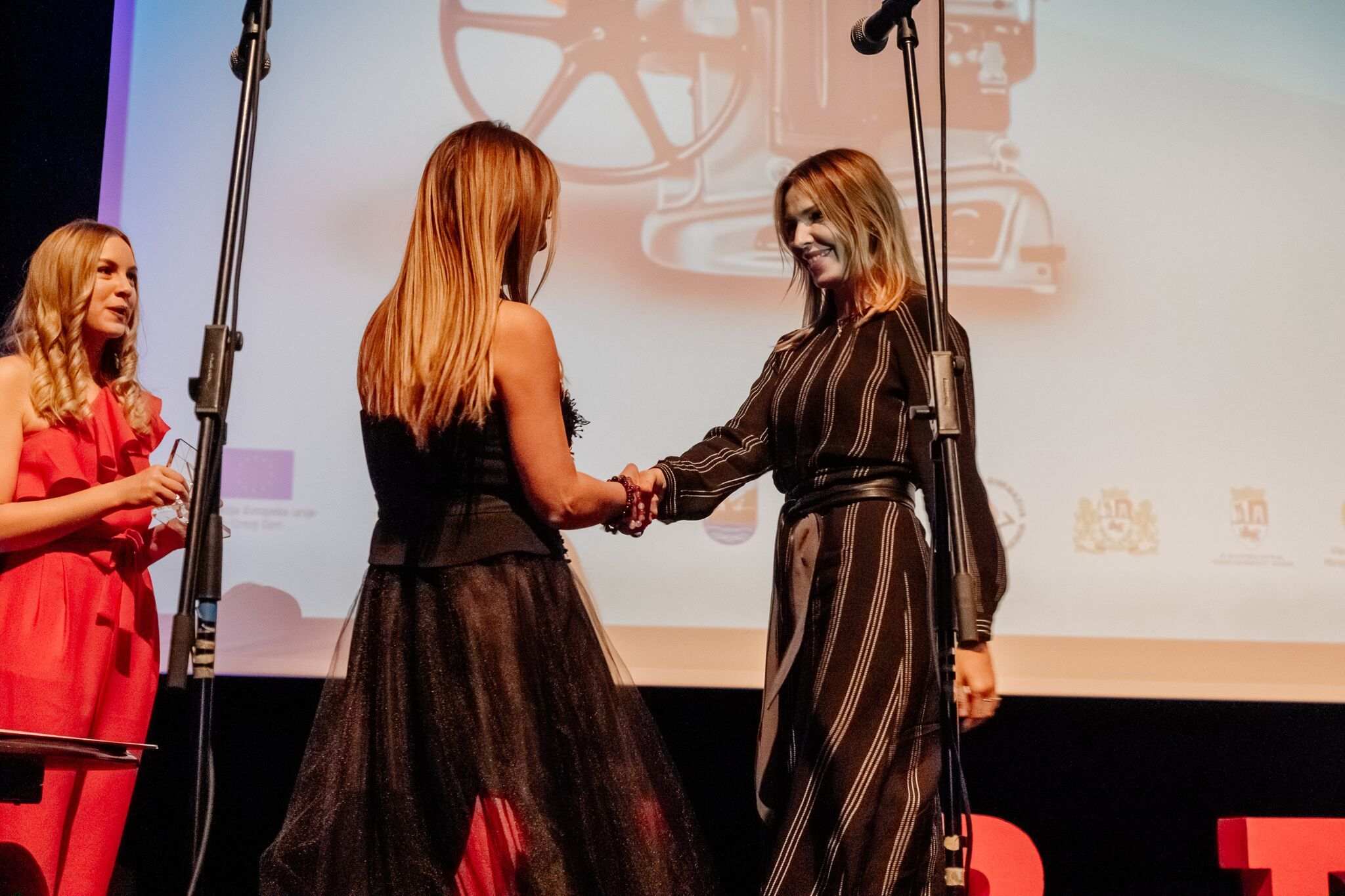 Executive Director of Association Spectra, Jovan Ulicevic, said that being recognised ‘in this society means a lot for trans persons’.

‘This is because the recognition that we are receiving in society due to our difference, mostly is in the form of violence. We are aware of what we have done this year. We have given ourselves completely for activism, for human rights of trans persons, but also generally for civic activism in order to send a message to the entire society that it is possible to fight for a change which means better society for all, and not only for us who are different on any grounds’, said Ulicevic. 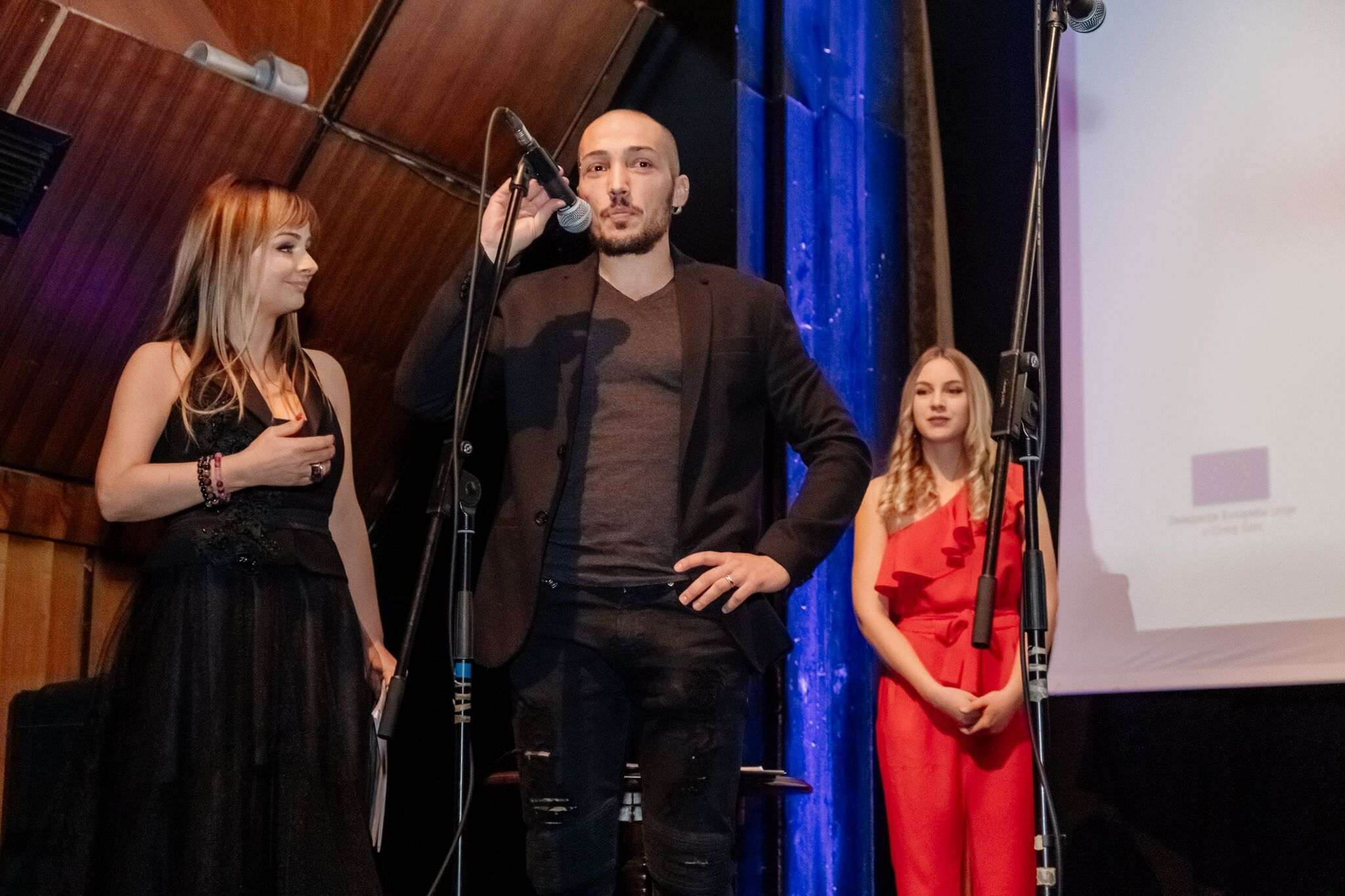 Talovic stated that award does not belong only to her but to her team too, as well as to ‘colleagues from civil sector with whom I grew up, learned and with whom I have been leading those fights’.

‘I have become a dedicated activist because of the things that I watched and because I do remember, because I did not want that they one day come to get me. I was and I remained and I will be a voice of those who are not heard, and the voice of those who don’t have a chance to come to these gatherings’, stated Talovic. 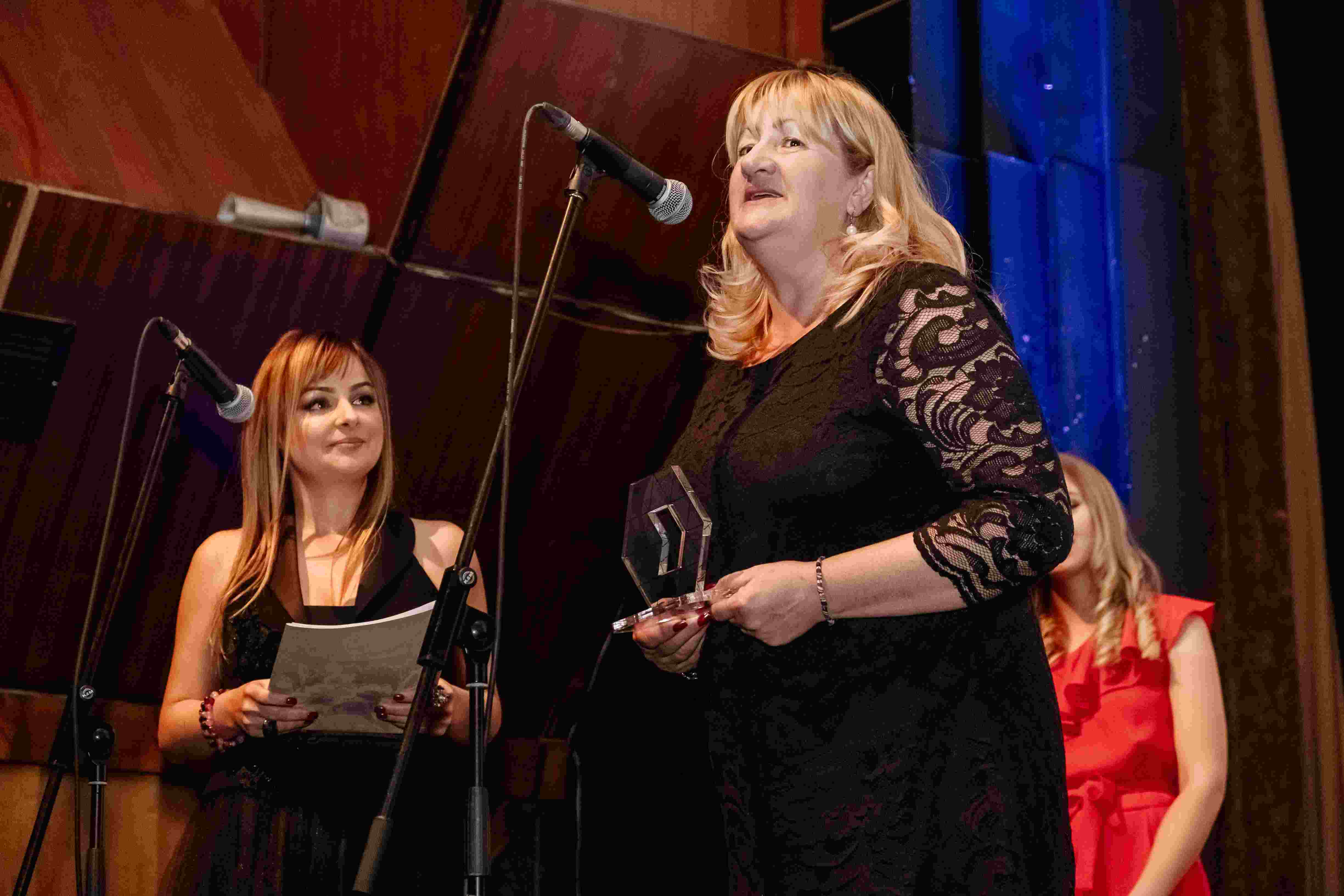 This year’s FAST FORWARD, ninth in the row, was opened by screening of the film ‘Eighth Commissioner’ of Director Ivan Salaj, which has filled up the Grand Scene of CIC ‘Budo Tomovic’ and which the audience in Podgorica has received fantastically.

Festival lasts until 14 December, and selection has encompassed 15 achievements which are premiered in Montenegro with moto of this year’s festival being ‘Watch and remember’. Parallel, but shortened editions of Festival, are taking place in Kotor and Berane.