Informal peer education on media literacy and raising awareness of its importance through public classes in Bijelo Polje, Kotor and Golubovci are the results of the efforts of the informal student association “SMART” (High School Network for Affirmation and Talent Development) established with the support of Centre for Civic Education (CCE) to position media literacy strongly among their peers. The public classes held in different regions of Montenegro were preceded by the Media Literacy Forum in Kolašin, attended by 31 students from all over Montenegro.

High school students from different Montenegrin municipalities, under the mentorship of professor of literature and media literacy Svetlana Jovetić Koprivica, visited all three Montenegrin regions. Thus, students from the Secondary Vocational School in Bijelo Polje (on 26 May), the Gymnasium in Kotor (on 16 May) and the Mixed Secondary School in Golubovci (on 11 May) had the opportunity to learn from their peers about media, proper reading and interpretation of media pieces and texts, the value framework created by the media, but also about the harmfulness of media manipulation, propaganda and fake news. 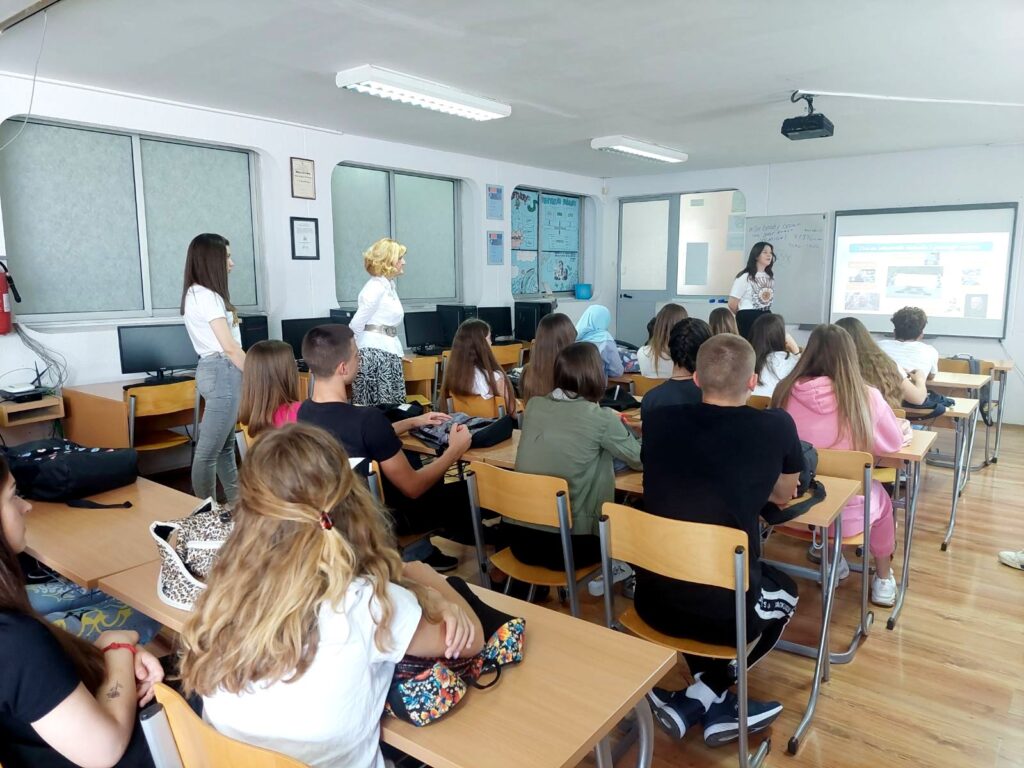 During a public lesson at the Secondary Vocational School in Bijelo Polje, Ivona Đokmarković, Aleksa Knežević, Milica Roganović, Amer Trubljanin and Rajan Radonjić pointed out the way of selecting and accepting consumed media content, examples of fake news, but also approaches to fact-checking for protection from unverified media content. At the Gymnasium in Kotor, students Vasilisa Minić, Milena Vuletić, Dajna Radović and Anastasia Maraš spoke about journalistic ethics, freedom of speech, hate speech on social media, but also the legislative framework under which the media in Montenegro operate. In this manner, they raised the awareness of their peers about the role of the media, the way of placing (dis) information, but also the harmful consequences of the non-existence of media literate individuals. Students Aleksandra Rakočević, Jovana Nikolić and Milena Bogetić highlighted out examples of media manipulation to their peers in public class at the Mixed Secondary School in Golubovci through original ways of transferring knowledge and quizzes, and explained the difference between informing and persuading on social networks.

This is just one part of the activities of the student association SMART, which continues its work. In the upcoming period, three videos will be published with different subtopics in the field of media literacy, all in order to introduce to the high school and general public what the media are, what impact they have on them, and how the media should be understood and read and how younger generations should mutually spread awareness of media literacy. Students create clips under the mentorship of Miroslav Minić, professor of literature and media literacy, and they will be available on CCE channels and the channels of all interested schools for further use.

Public classes and video clips are part of the project “Media literacy to develop the talents of high school students – SMART! (High School Network for Affirmation and Development of Talents)” implemented by the CCE with the support of the Ministry of Education.