Centre for Civic Education (CCE) takes an opportunity to stress, on today’s International Tolerance Day, the importance of tolerance and to remind all that respecting and appreciating differences is a precondition to peace, stability and progress of each society.

CCE assesses that we are witnessing regression when it comes to promoting and practicing tolerance, on one hand, due to the ongoing unstable political situation in Montenegro because political changes in the past two years did not bring answers to multiple open issues, and on the other, because of all consequences of Russian aggression on Ukraine and economic challenges. The long-lasting socio-political crisis has also narrowed the space for meaningful dialogue, especially concerning some of the burning questions. That requires emphasized responsibility of all actors, as well as distancing from retrograde narratives and destructive actions that are undermining the civic concept of the state of Montenegro. Unfortunately, political decision-makers do not contribute to strengthening tolerance, on the contrary – these tend to encourage intolerance towards others and different. Tensions in such ways induced in Montenegrin society are additionally burdened with the growing dissatisfaction of citizens, due to prevailing social and economic issues, and concern because of the direction in which the country is heading, as referred to by the findings of MNE Pulse. 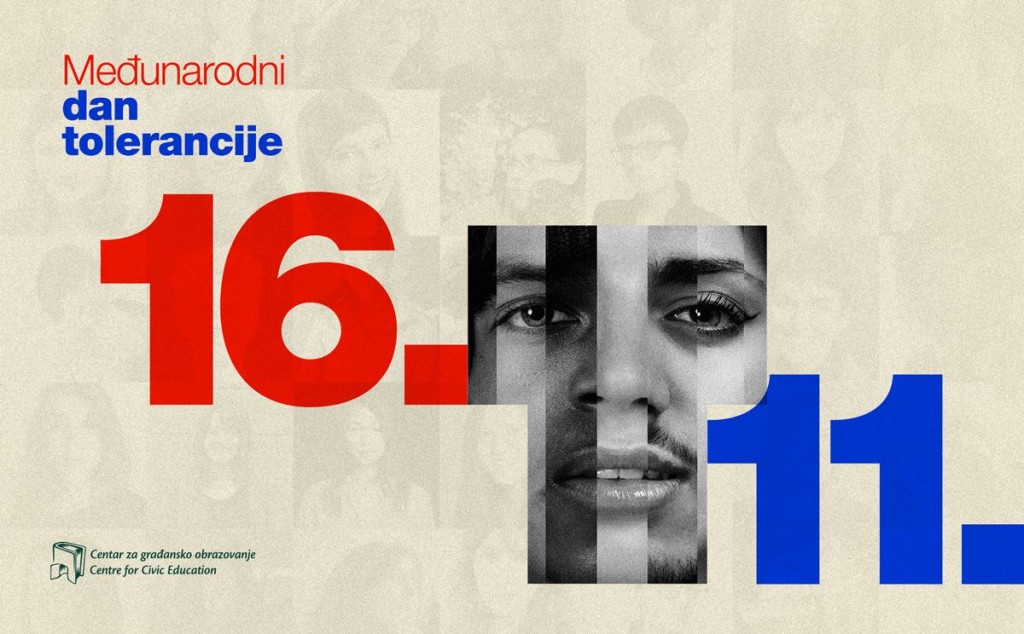 CCE indicates that it is important in these social conditions to stand by tolerance, i.e. to respect and appreciate opinions, attitudes and value judgement of individuals and groups who do not jeopardize the general interests of the community and values of civic society.

CCE’s research, which also addresses issues of tolerance towards vulnerable and marginalized groups, religious and national minorities, indicates that there is civic potential and that citizens are dominantly tolerant. For example, we are encouraged by their attitudes about the Roma today, their distancing from prejudices that Roma people steal, that other religions should be accepted apart from the traditional ones, that children with disabilities should have the same opportunities as other children, etc. However, there are still worrying data, so the same research, from October this year, points to an insufficient degree of tolerance when it comes to certain groups, such as LGBTIQ.

This day should be a reminder to political decision-makers how important is tolerance inside the society itself and how they should use their actions, especially responsible public appearance, to contribute to the development of a society based on tolerance and mutual respect to achieve sustainable peace. In that context, it is essential for them to understand that there is no room in the contemporary world for favouring anyone’s personal beliefs over the Constitution, guaranteed rights and scientifically established norms, as well as peace in society.

On 16 November 1995, the United Nations (UN) member states adopted the Declaration on the Principles of Tolerance. In 1996, the UN General Assembly called on Member states to mark 16 November as the International Day for Tolerance.