The Coalition for the Rights of LGBTIQ+ Persons EQUALLY expresses concern that the Council, the editorial staff, and the director of Radio Television of Montenegro are trying to delude the Montenegrin public about the case of presenter Matija Milačić and trying to hide the real existence of homophobic and misogynistic positions of this author. 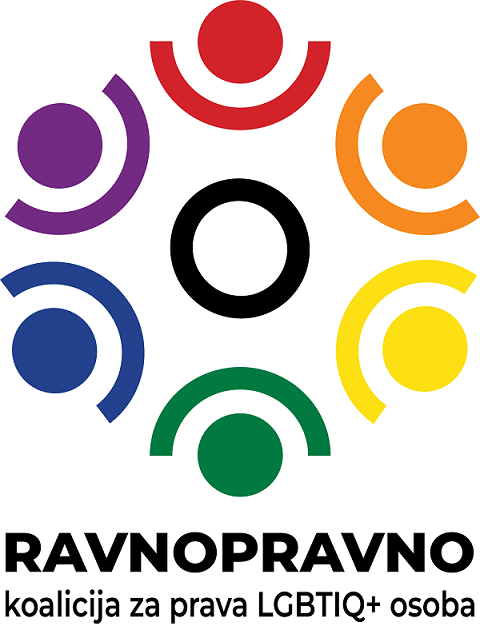 We remind the Montenegrin public that Queer Montenegro, Juventas, Spectra Association, and Stana Association reacted yesterday to the fact that space is being given on the Public Service to a person who has a hefty history of publicly expressing negative attitudes towards women, LGBTIQ persons, as well as openly expresses support for the war policies of the official of Russia and opposes EU values towards which Montenegro is still, currently only declaratively, directed.

After the publication of this news, information began to spread to the public that the mentioned Twitter profile containing the problematic posts was fake, and that account was deactivated. The fact that the RTCG Council, the director, and other linked persons who have been vocal, bypassed the fact that the disputed posts were also published on Milačić’s Facebook profile, as well as the placement of indications that colleagues from the above-mentioned organizations are not familiar with the Council’s authorities, and that this reaction tries to undermine the integrity and editorial policy of the Public Service. What is particularly worrisome is the fact that with this information, the public is trying to divert attention from the problem itself – that the Public Service of all citizens, once again, gives space to a person whose problematic views have been publicly expressed, to edit and market his media content on Public service. Above all, the fact that neither the Council nor the director of the Public Service has communicated details regarding the financial part of this engagement is of particular concern, and the public is still deprived of that information.

The public service was obliged to check the controversial views of Milačić before the decision to enter into commercial engagement, and there is nothing problematic in the reaction of non-governmental organizations, which were and remain a control mechanism concerning all decision-makers. We fully agree with the position of the above-mentioned organizations that the Public Service must be a promoter and guardian of common values such as equality, freedom, respect, and acceptance of diversity, cultural diversity, media literacy, pluralism, and sensitive categories of society in Montenegro.

Therefore, we once again urge the RTCG Council to give us a valid explanation of how and why this so-called omission and why the right-wing, homophobic, and misogynist attitudes of the journalist Milačić persistently try to hide and relativize. We ask the Council, the editorial board, and the director of Radio Television of Montenegro to accept full responsibility for this case and to accept the factual situation, which is that a serious mistake was made that can still be corrected. In addition, we remind you that no legal regulation prevents the RTCG Council and the director from acting proactively in such cases, so we demand that further decisions be made in accordance with this authority.