Namely, a recent survey of public opinion, within the framework of the MNE Pulse, a joint initiative of the CCE and the DAMAR agency, indicated that 65.4% of citizens believe that it is necessary to legally prescribe the obligation of medical examinations of the highest public officials in the executive and legislative, which also includes special testing of the mental and psychological ability to perform these functions, and later regular unannounced testing for psychoactive substances. Only 16.6% of citizens have a negative position concerning this initiative, while around 18% cannot determine themselves. 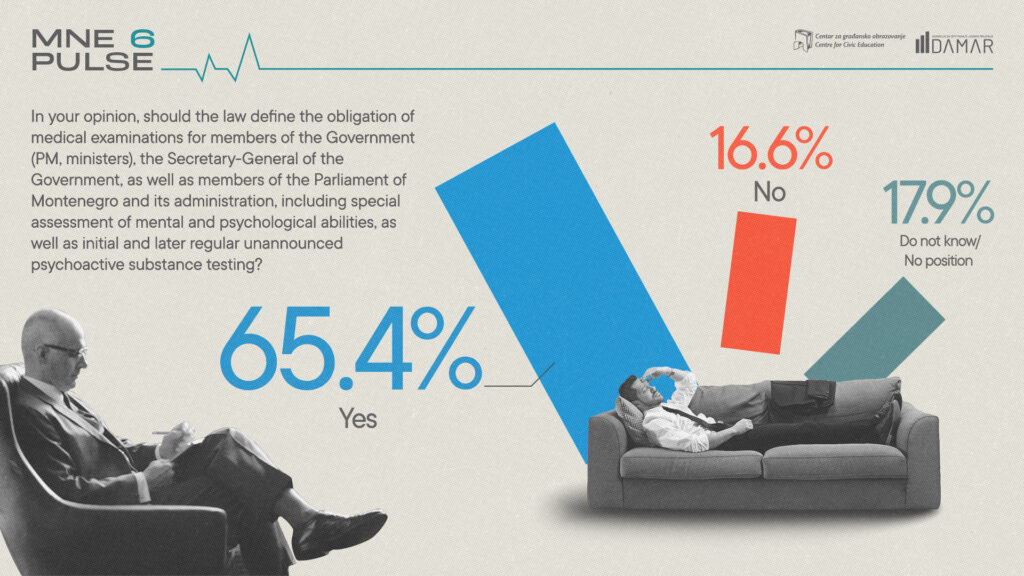 CCE reminds that the obligation of a certificate of medical ability exists in the Law on Civil Servants and Employees, as there is no reason to exempt officials who make the most important decisions in the country from this type of check. Also, similar initiatives have been launched in the region, and some countries with developed democratic systems.

The CCE points out that there is no argument for the highest officials of the executive and legislative authorities to refuse this type of ability check, and the support of citizens to this initiative should be further mandatory.